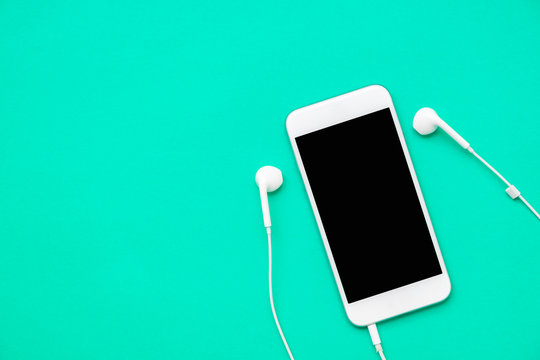 Another Friday, another day of amazing new hits! Here are some new releases from Cardi B, G-Eazy, Demi Lovato, and more!

Yay, Cardi B has released another song that is sure to be on everyone’s repeat playlists. This is Cardi’s first release since last summer’s “WAP.” Just like her last groundbreaking single, Cardi’s new song includes some fun, raunchy lyrics.

“Up” comes ahead of her highly anticipated new album set to drop in 2021. Cardi raps about her sexual conquests, wealth, and other girls who simply can’t keep up.

She raps, “My face bomb, ass tight/Racks stuck up Shaq height/Jewelry on me, flashlight/ I been lit since last night.” The song is catchy and great for some booty shaking.

Two-time Grammy Award-winning singer, H.E.R. releases “Fight For You” from Warner Bros. Pictures’ upcoming feature film “Judas and the Black Messiah.” The film will be released in the U.S. in theaters and on HBO Max on February 12th.

In addition to the new release, H.E.R. will also be performing “America The Beautiful” at the Super Bowl this Sunday.

Jeremy Zucker and Chelsea Cutler have teamed up for the release of the video of “this is how you fall in love” which has gained over 1 million views since its premiere.

Zucker and Cutler have worked on multiple projects together in the last few years. In May 2019, Jeremy Zucker and Chelsea Cutler joined forces to create their collaborative EP, “brent.”

Now, the artists have joined forces again to release “brent ii”. After having released their own debut albums last year, “brent ii“ acts as a sequel to “brent”.

The opening track and lead single “this is how you fall in love” explores love in a pure form.

“We wanted to write an iconic love song – Chelsea and I always seem to gravitate towards heartbreak, so writing ‘this is how you fall in love’ was a ton of fun for us. as on the nose and cliché as it sounds, it’s a song we imagine people in love slow dancing to,” said Zucker. Chiming in, Cutler added: “‘this is how you fall in love’ is easily one of my favorite songs Jeremy and I have written together, and we knew as soon as we wrote it that it felt really special. It really shows the direction of the project and the growth since brent.”

Demi Lovato and Sam Fischer have come together to collaborate on the song, “What Other People Say.”

“This song is a reflection on what it’s like to lose who you truly are in an effort to please other people and society,” said Demi. The empowering new song talks about staying true to yourself and not losing who you are by trying to please others.

Victoria Monét is the writer behind many of Ariana Grande’s hit songs.  “F.U.C.K.” is Monét’s latest soulful single. She is currently pregnant with her first child and still managed to release new music! The flirty new R&B track shows off her  silky vocals.

The lyrics are very playful and include some fun innuendos. “I’m just tryna jump your bones / We don’t gotta jump the broom, you know,” she sings.

Country duo Dan +Shay released a new single “Glad You Exist.” The song features their signature voices singing about being so in love with someone you’re just plain happy that they exist. This is the perfect song to play for someone special this Valentine’s Day!

“To us, ‘Glad You Exist’ is more than just a song,” the duo said in a statement. “It’s a message of gratitude and hope. A message to everyone in our lives: our fans, our friends, our families, to remind them all how grateful we are to be on the planet at the same time.” The song will be featured on their upcoming album.

Finally, G-Eazy returns with new music and he’s brought Chris Brown with him. The Bay Area rapper and R&B singer reunite on “Provide,” which samples Mark Morrison’s ’90s classic “Return of the Mack.” Chris Brown brings the R&B vibes while G-Eazy raps to the women of the world.

“It’s the return of the mack / R.I.P. to Furl, I promise you ain’t nothin’ like these L.A. girls,” raps G-Eazy. “And we can sip slurricane listenin’ to Earl / Who knew we’d bring the Bay to the world?”

So, what new music will you be streaming this weekend? Drop a comment below and let us know!

Be sure to check out our latest article on Rebel Wilson’s breakup!