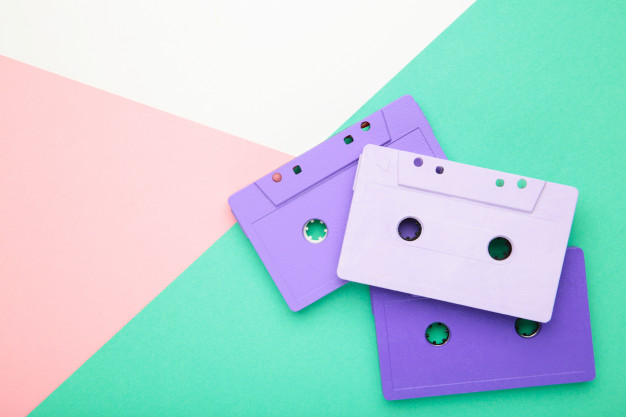 Another Friday and so much new music from your favorite artists including Ariana Grande, Doja Cat, Megan Thee Stallion, Lana Del Rey, DaBaby, and more!

This is the remix that we didn’t know we needed. Three female icons in one song?! Megan Thee Stallion and Doja Cat join Ariana Grande on this sexy remix of her hit song, “34+35.”

Breakout star Olivia Rodrigo released her debut song, “Driver’s License” this week, and it made records as Spotify’s most played debut song from a female artist. It will also likely top Billboard’s Top 100.

It is very clear why people are loving this track. The song perfectly captures teenage heartbreak. Not to mention the vocals are insane. Plus, there is some drama around the song. People speculate that its lyrics are about Rodrigo’s “High School Musical: The Musical: The Series” costar, Joshua Bassett and his relationship with Sabrina Carpenter.

Flo Milli shit is my favorite sound to hear at the beginning of a song. Flo Milli dropped her new song, “Roaring 20s.”  Flo Milli is starting the new year with a song “Roaring 20s.”

In the song’s first verse, she envisions herself as a stereotypical guy who’s about to “hit up the country club with my bros” in between gym reps and meaningless encounters with women he doesn’t respect. “Stupid shit, it’s a double standard/I made my own lane and I take advantage,” she adds for clarification. The 21 year old raps over a show tune, and it is such a fun song.

Lana Del Rey has moved past the backlash against her album cover and released a very aesthetic music video for her new song “Chemtrails Over The Country Club” off of her upcoming album of the same title.

On Sunday she posted the cover on her Instagram with the caption, “There’s always turmoil and upheaval and in the midst of it-there’s always beautiful music too,” wrote Del Rey. “Introducing my new album chemtrails over the country club.” This song proves that Lana Del Rey does create beautiful music.

Selena Gomez has put out a new song “De Una Vez” that is completely sung in Spanish. She looks great in the accompanying music video. Gomez is proud of her Latin heritage and wanted to go back to her roots in the song and video.

The song’s title roughly translates to “at once,” and Gomez goes into themes of heartache and  growth. Selena told Vogue that “De Una Vez” is such a beautiful song and I think it has a very powerful meaning behind it for anyone who has had their heart broken,” Gomez continued, “We all have the pain and the scars from various experiences we go through in life, but it’s really how we heal ourselves.”

DaBaby has put out his first track of 2021, “Masterpiece.”

The track finds the North Carolina rapper flowing with lyrics like “I done made a whole lotta millions while in a pandemic/And ain’t even out there performing.” The song also includes a referenced to a 2018 shooting that DaBaby was involved in, “I don’t know what went down at that Walmart”  that left a man dead. Charges against him were dismissed in 2019.)

Olivia Rodrigo’s “High School Musical: The Musical: The Series” costar, Joshua Bassett, who plays Ricky on the show is also venturing out as a solo singing artist. He released the single, “Lie Lie Lie,” off of his upcoming debut EP.

The fiery song includes lyrics “I know what you said about me / I hope that it makes you happy / You can’t seem to get me off your mind,” Bassett croons in the chorus. “I know you’re lying through your teeth / You told them the lies that you told me / I’ve had enough of it this time.”

Bassett has said that the song is about an old friend who talked behind his back, but fans can’t help but wonder if it has something to do with Olivia. The song talks about someone who acts innocent as they speak badly about him. Joshua definitely has the talent to become a Shawn Mendes level singer. The timing of the song does come at a suspect time if it is not a response to “Driver’s License.”

Another posthumous Juice WRLD song, “Bad Boy,” was released this week. This song features Young Thug. The music video is dedicated in memory of the late rapper.

This song hits different. Featured on the project, “Amusing Her Feelings” which is out now. This song will make you sweat. Miguel and dvsn are the dream collaboration. Really, their voices sound so dreamy together. Makes you want to go for a long drive while listening.

Which of these songs will you definitely be streaming? Drop a comment down below and let us know!

Be sure to check out our latest article on Zendaya for more news on your favorite artists!