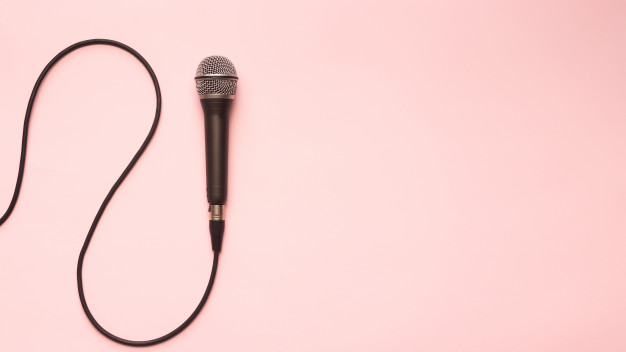 It’s Friday, so you know what that means! New music from your favorite artists and artists you need to discover!

Selena Gomez has announced a new Spanish-language EP titled “REVELACIÓN.” The EP will drop on March 12.

“With ‘Baila Conmigo,’ I want to get everyone dancing,” Gomez said in a press release. “The video portrays the sense of isolation we all are experiencing right now and how music truly does connect us all no matter where we are in the world.”

US producers Marshmello and benny blanco have joined forces with Vance Joy on “You.” It melds classic Vance Joy folk roots with the optimistic vibe Marshmello is known for.

The video for their collaboration features the trio as animated claymations.

Iann dior has been making a name for himself over the past couple of years. He collaborated with Machine Gun Kelly and was featured in MGK’s “Downfall’s High.” The Puerto Rican-born American rapper and singer joined forces with San Francisco native 24kgoldn on “Mood,” one of the biggest hits of 2020. “Higher” is another hit for the artist.

It’s Friday, but Rebecca Black is proving that she can sing about more than just a day of the week. Rebecca Black has shared a new song, “Girlfriend.”

The pop track arrives after a teaser posted by the California star on social media. “You’ve been asking, here we go,” the singer wrote on Twitter. The music video will premiere on YouTube at 6pm January 29.

Black, who is best known for her 2011 viral hit “Friday,” that she recorded as a teen has been attempting to take music seriously as an adult. She put out the singles “Self Sabotage”, “Closer” and “Alone Together” in 2020.

Lil Peep was a rapper who defied genre. His sad boy rap music was listened to by people of all backgrounds. He was about to blow up in the music industry when he was taken from the world too soon. Peep died of an overdose in 2017, but his legacy lives on. He has a documentary on Netflix entitled “Everybody’s Everything,” and has put out multiple posthumous songs.

“california girls” is a six song EP from Lil Peep and Nedarb. The two had recorded the EP five years ago, and the songs were previously on a SoundCloud playlist. This is the first time that the songs will be available on all streaming platforms. Nedarb opened up about the EP in a January 28th blog post.

“These 6 songs are some of the most important pieces of music I have ever been apart of” he continued, “It was Peep’s most honest and heartfelt lyrics that I personally had heard yet. It opened new doors in terms of production style and experimenting with new vocal melodies, range, cadences & new song topics. “

Mike Posner is most known for his hit song, “I Took A Pill In Ibiza,” but his songwriting skills spread so much further. He even had a part in writing Justin Bieber’s song, “Boyfriend.”

After the death of his father and close friend, Posner took a break from music to walk across the United States. Literally, he walked across the entire country. He has returned with a new single “Momma Always Told Me” and an accompanying music video. The singer-songwriter is all smiles in the upbeat song’s music video.

The songs chorus of the song says, “Take care of your s**t. Live your life. Shine your light.” Mike has been doing just that, and we hope to hear more from him soon! (Mansionz 2 please!)

What new music are you listening to this week? Drop a comment below and let us know!

Be sure to check out our latest article on music icon, Jennifer Lopez!