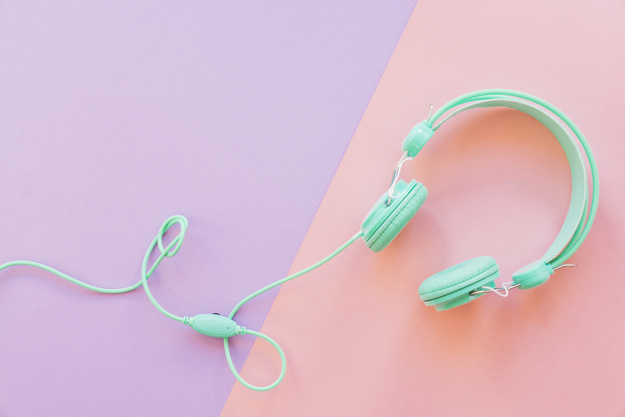 It’s the second Friday of the year, and artists are already releasing so much music. Check out our favorite releases of the week!

Saweetie and Doja Cat have teamed up for a new song. It’s called “Best Friend.” The two can be seen driving around in a bedazzled Tesla, shopping, and having a slumber party in the music video. They look like the most fun besties ever!

Saweetie is currently working on her debut album “Pretty B*tch Music.” Her debut EP, “High Maintenance” was released in 2018, and she released the seven-track “ICY” last year.

There are ever more Taylor Swift songs to listen to. This week, the 31 year old singer dropped the deluxe edition of her latest album on streaming platforms.

“Evermore” was the second surprise album the 31-year-old singer recorded with producers Aaron Dessner and Jack Antonoff, boyfriend Joe Alywn (aka William Bowery), and Bon Iver’s Justin Vernon in 2020. The deluxe edition one came with two bonus tracks “It’s Time to Go” and “Right Where You Left Me” received both streaming releases and lyric music videos online.

These songs fit into the folk theme of Taylor’s last two albums. Fans have speculated that “It’s Time to Go” is about Swift’s ex best friend, Karlie Kloss.

Jazmine Sullivan’s new project “Heaux Tales” is about “today’s women standing in their power and owning who they are,” as the Philadelphia singer put it in a press release. “Heux Tales” includes three previously shared tracks.“Lost One” and “Pick Up Your Feelings,” which were released in 2020, as well as the recently dropped “Girl Like Me” featuring H.E.R.

Jazmine’s previous work includes the song, “Bust Your Windows.” You know, the one that goes, “I’ll bust the windows out your car.” This project, her fifth overall and the first in six years, fights the idea of good girls and bad girls.

Zayn Malik has been making a name for himself in his solo career since leaving One Direction in 2015. The new father has been very busy. He will be releasing his third studio album, “Nobody Is Listening” this year. “Vibez” is the first single from the album. It is a good song to ~vibe~ to.

Zara Larsson is a Swedish singer who I am so happy to have discovered. She is a huge deal in Europe, and has tried to make her way into the American music sphere. Her first album, “So Good” was released in 2017. Larsson is amazing in “Talk About Love,” a collaboration with rapper, Young Thug, where she actually sings about not wanting to talk about love because it always blows up in your face. Her songs have a fun, electro-pop vibe.

Country singer Morgan Wallen came out with his debut album “If I Know Me” in 2018 and fans were instantly charmed by the young country artists clever songwriting and melodious singing. Wallen’s sophomore album was released today, and features a hefty 30 tracks. It shows just how much he has grown as an artist. His songwriting has grown more confident.

Among its 30 songs, Dangerous includes massive singles like “More Than My Hometown” and “7 Summers,” as well as Wallen’s popular cover of Isbell’s Southeastern track “Cover Me Up” and an album version of the Diplo collaboration “Heartless.”  Opener “Sand in My Boots” shows that Wallen can put his own spin on a hometown song without sounding cliché.

What is your favorite music release of the week? Drop a comment down below and let us know!

Be sure to check out our latest article on Demi Lovato’s plans for new music!