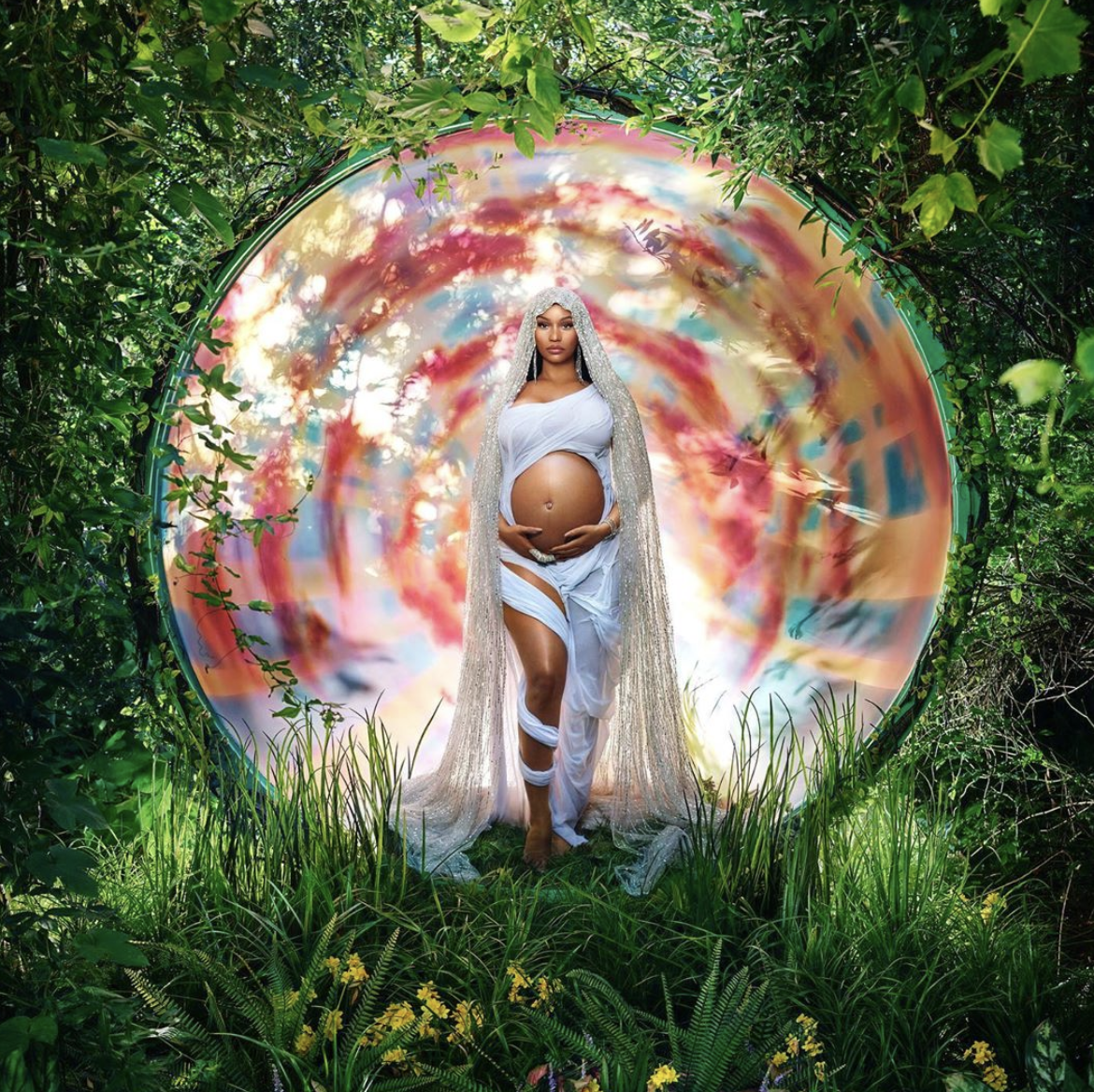 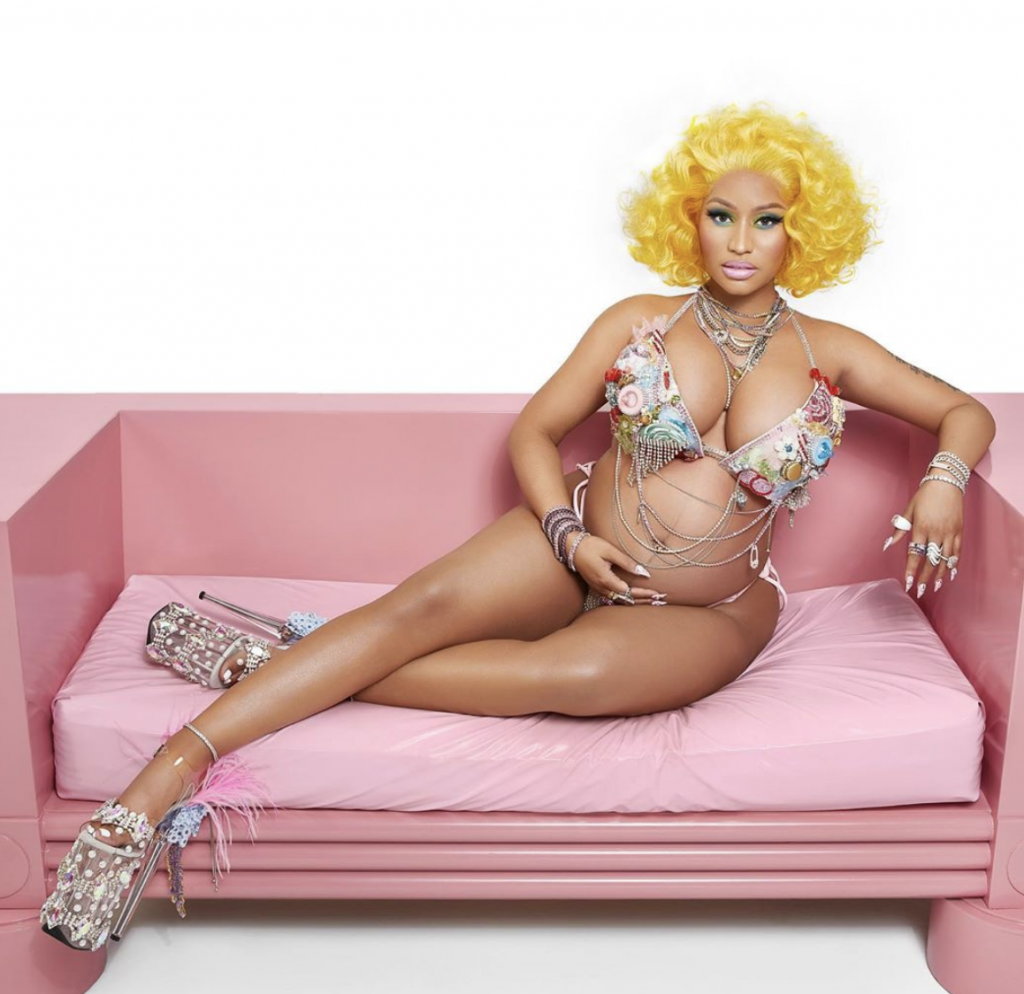 That’s right! The Queen of Rap herself Nicki Minaj, 37, is pregnant!

She and husband Kenneth Perry are expecting their first child, as she revealed on her social media the other day.

Nicki captioned her post “#Preggers” and The Barbz, her fans, went crazy!

The artist sports a curly, bright-yellow short haired wig paired with a highly decorated bikini and stilettos in one image. Another picture Nicki released had her dressed in a ruffled bottom, blue styled hair, white knee-high stockings, and a green bow. 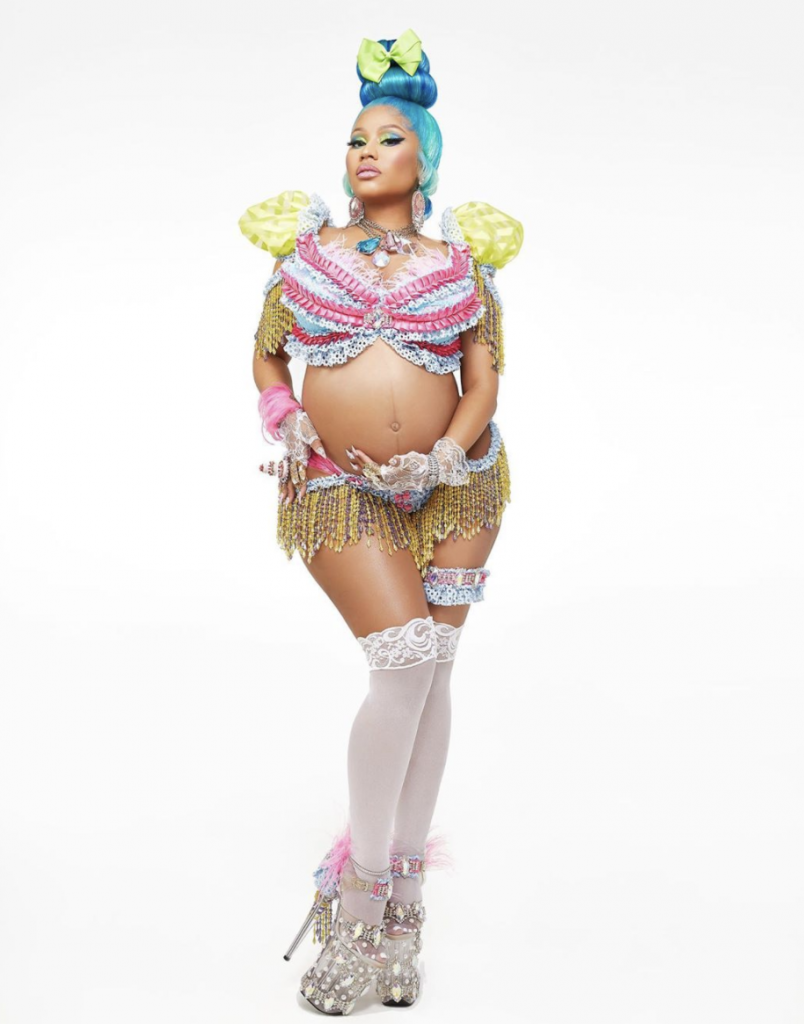 While Nicki as yet to release news on the gender or due date, the pregnancy comes nine months after her marriage to Petty. It also comes 10 months after she said that she would retire from music to start a family, but backtracked to release new music.

“I’ve decided to retire & have my family. I know you guys are happy now. To my fans, keep reppin me, do it til da death of me … Love you for LIFE,” Nicki “abruptly” tweeted.

In June 2019, Minaj said she and Perry got a marriage license. Since then she has said life with him has been “calming and relaxing.” She has also changed her Twitter display name from Ms. Minaj to Mrs. Perry.

The “Trollz” rapper mentioned that she was “brought on this earth to be a mother.” She also once said that she would have been disappointed that, if by her fifth album, she didn’t have a family. 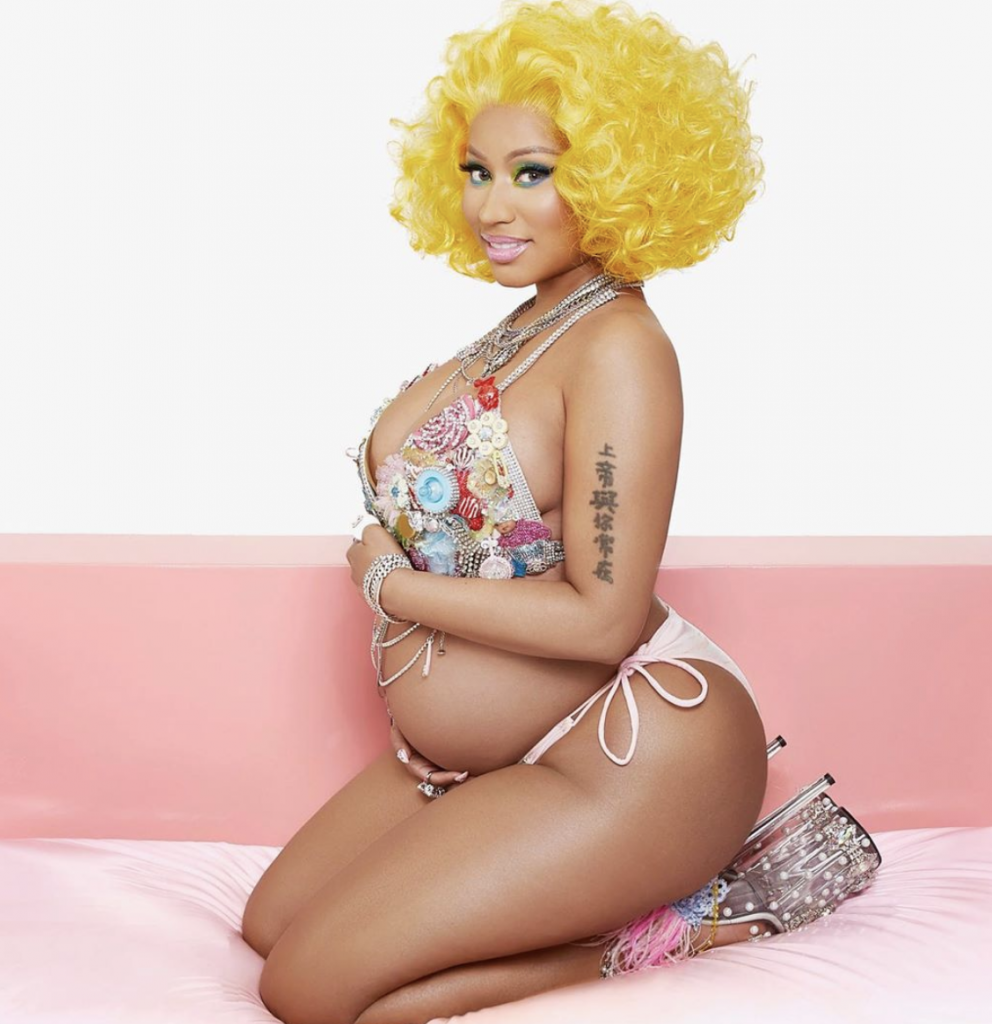 We are not sure what she plans to do with music after their child is born, but we wish them all the congratulations!