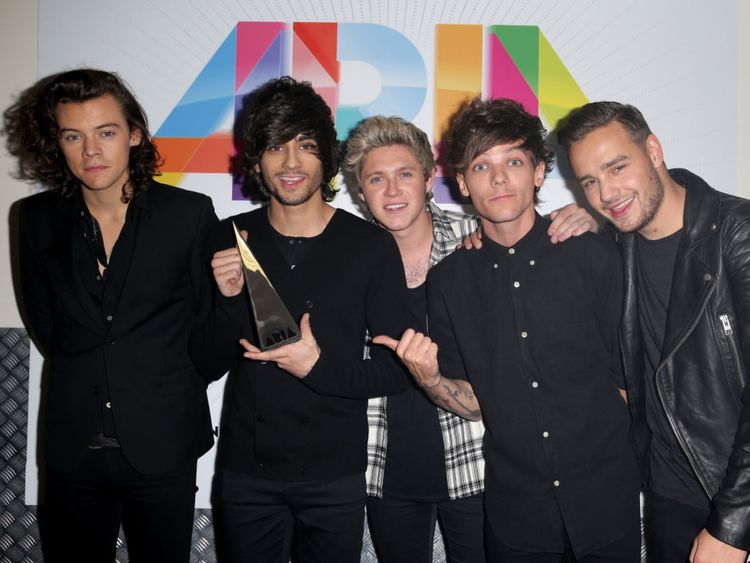 Posted at 17:43h in Celebrities by Gigi Manukyan 0 Comments

After Zayn Malik left the band in 2015, One Direction went on hiatus soon after.  Now, fans are left wondering if there will ever be a reunion for English-Irish pop boy band. Recently, Niall Horan addressed the constant buzz from fans while on the red carpet at the Brit Awards 2020.

While he would love to get back together with his old band mates and thinks they could easily jump back into the swing of things… “The answer is, we don’t know. We haven’t spoken about it, and you’ll know if we do.”

The extra inquiries may be an after effect from Louis Tomlinson teasing a potential One Direction reunion after performing his single, Walls, on The One Show before dropping his first ever solo LP last month. Hosts of The One Show, Matt Baker and Alex Jones, grilled the pop star before he took to the stage, in which Louis revealed that a reunion for the five-piece boy band may be way off into the future —but it’ll happen eventually.

Louis’ wisely chose his words when answering questions about a potential One Direction return: “…we’ve been on a break only for about four years, and I’m only now getting around to releasing my first album. The fans probably think we’ve not been a band for a while. It’ll happen at one point. We’d be stupid not to.” The fans have made it clear what they want, so now it is up to the five members of One Direction to put aside their differences if a reunion is in the future.

The original purpose for the band’s hiatus was for the members to pursue their own solo careers, but that may not be the whole story. In his own words, Zayn Malik said that he never really liked the band’s music. In an interview with CapitalFM, Malik stated, “I guess I just wanted to go home from the beginning. I was always thinking about it. I just didn’t know when I was going to do it. I woke up on that morning, if I’m being completely honest with you, and was like, ‘I need to go home. I just need to be me now, because I’ve had enough.’”

Other members stuck to the pursuit of solo career stories, while rumors of Louis Tomlinson’s party habits ripped the band apart. Mirror Online fed into these rumors claiming that reports of Tomlinson’s behavior and accusations of being “gay lovers” with Harry Styles Larry was the ultimate cause of the band splitting up: “Drugs, meltdowns and ‘gay sex’ rumors – how ‘rivalry and hatred’ tore One Direction apart.”

The truth of the matter is that five young boys were thrown together on the X-Factor by Simon Cowell and shot to fame faster than any music group had before. They began shattering billboard records and touring nonstop before they even realized what they were really a part of. Fame and success before they were adults, mixed with a grueling schedule, is what really lead to the eventual split of One Direction. Even The Beatles only lasted seven years in the spotlight together.

Whether a chemistry issue, or the power to pursue their own dreams, One Direction members earned their right to do whatever they wish. If 2020 is the year 1D reunites, it will have to be for the right reasons, or the right price.