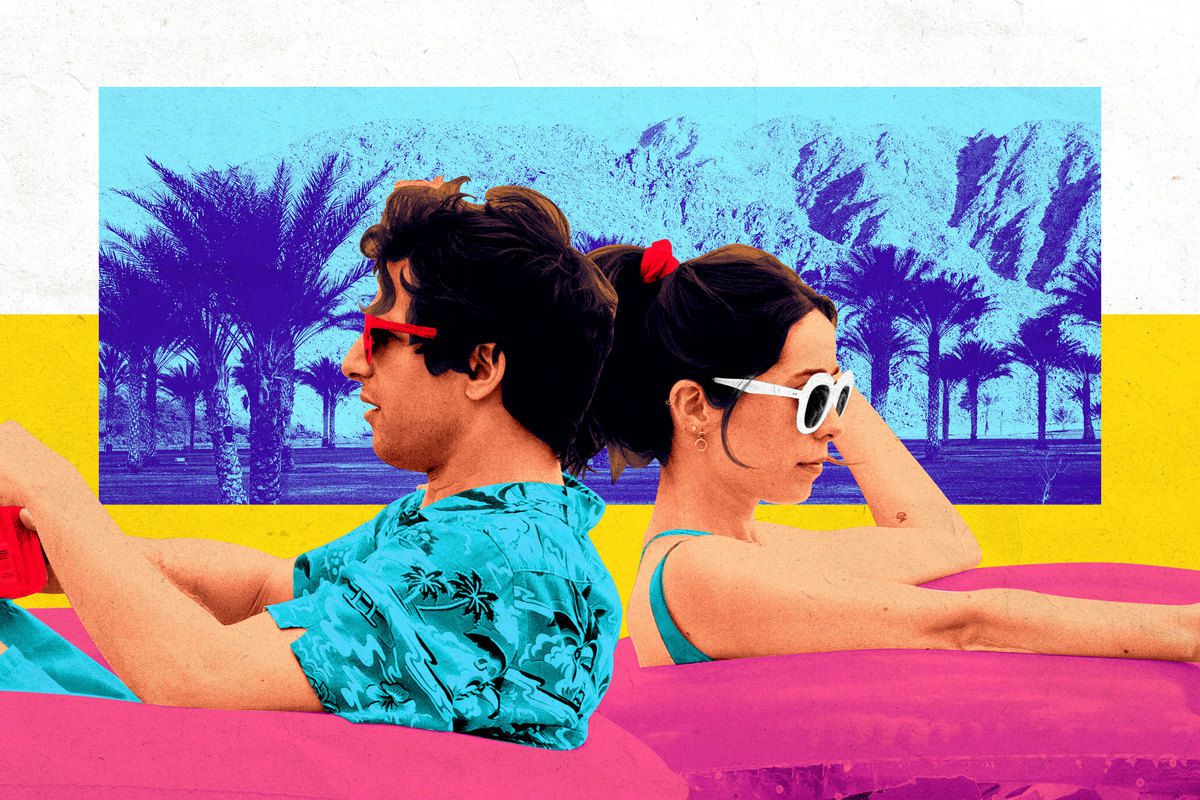 Posted at 17:29h in Celebrities, Film by Emily Muñoz 1 Comment 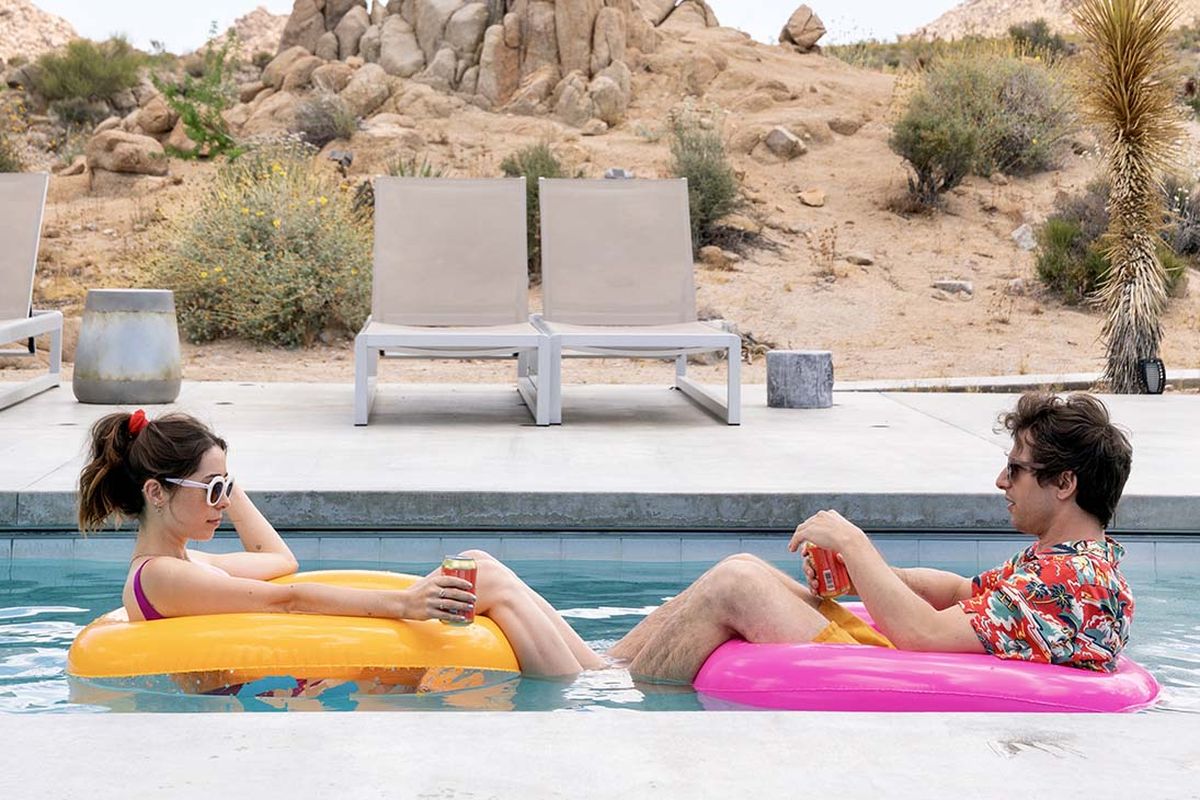 New to Hulu is an amazing comedy starring Andy Samberg and Cristin Milioti. Palm Springs is the perfect film for you if you are in the mood to laugh. I was also really excited to see Andy Samberg because I love him in Brooklyn Nine-Nine. I also really love Cristin Milioti from her days on How I Met Your Mother and more recently, her appearance on Modern Love.

So, the film is kind of like a different take on the film Groundhog Day with Bill Murray. It’s an excellent movie that I also recommend watching if you haven’t already.

In Palm Springs, we meet Nyles and he seems like a normal enough character. He is staying at a hotel in Palm Springs with his girlfriend to attend his girlfriend’s best friend’s wedding. Are you still with me? At the wedding we meet the older sister of the bride, Sarah. She is the classic family disappointment. Sarah was expected to make a speech at the wedding but wasn’t prepared. Nyles rescues her and comes up with a speech of his own.

Sarah approaches him later to thank him and he suggests that they sleep together. She knows that he has a girlfriend and points this out to him. He says he has a feeling that his girlfriend won’t mind. He then takes Sarah to a window to reveal his girlfriend having sex with another man. Sarah then agrees to sleep with him.

They are about to get into it when suddenly Nyles is shot with an arrow. A man in the distance has shot him and is getting closer. Nyles runs and hides. The man loses him and walks in a cave that glows red. Nyles follows him inside. Sarah follows and sees that they have both been sucked into a portal. She gets too close and is sucked in too.

Sarah wakes up the next morning to find that she is reliving yesterday. She finds Nyles and he explains that they are stuck in a time loop. They spend day after day with each other and enjoy the others company. 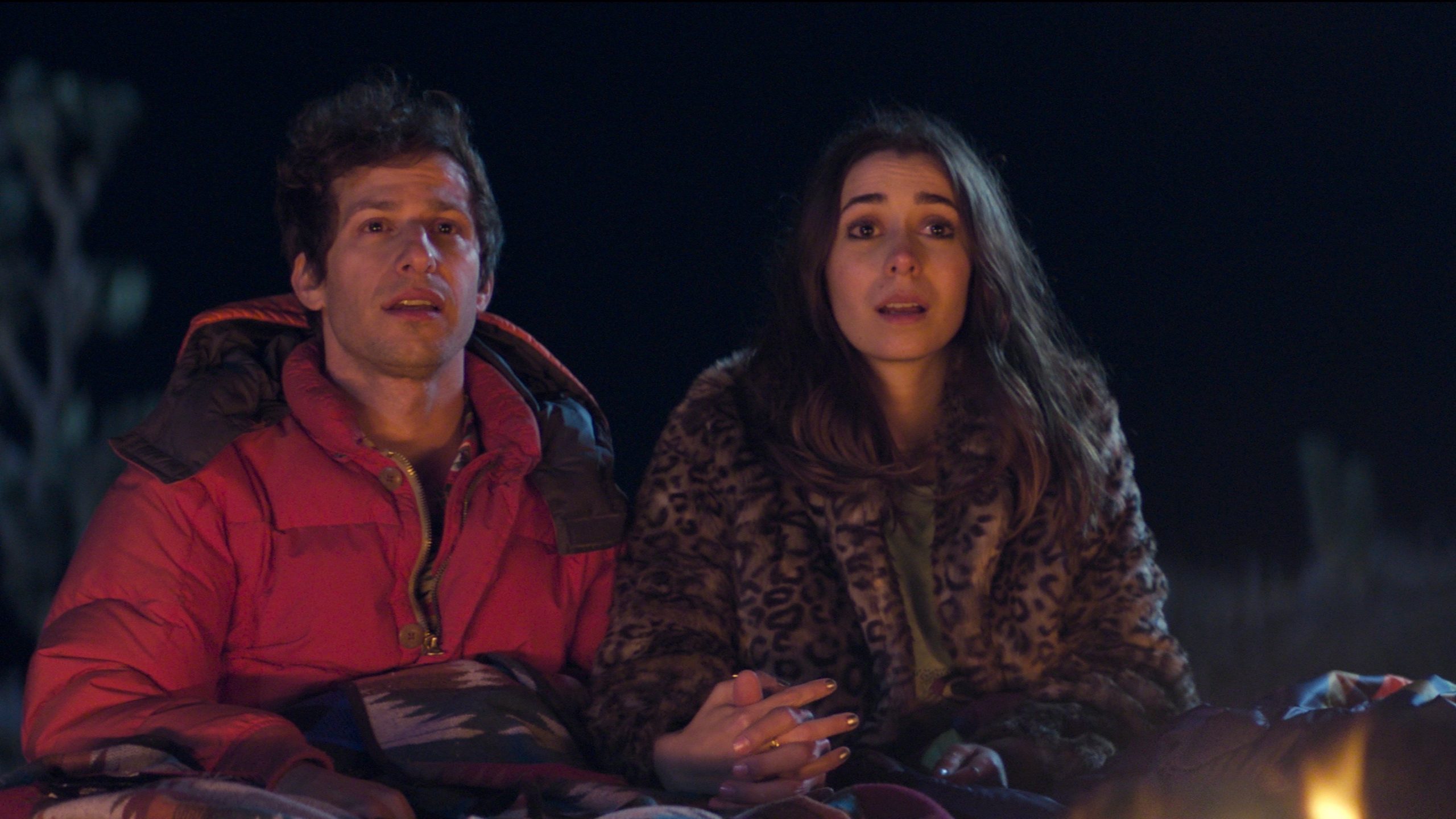 It is honestly a really good movie. Everyone’s got different taste and this definitely falls under my category. Palm Springs is similar to the film I mentioned before but there are a few twists that make it special.

I promise I don’t like every movie that comes out. Go check out my review for the film Desperados.