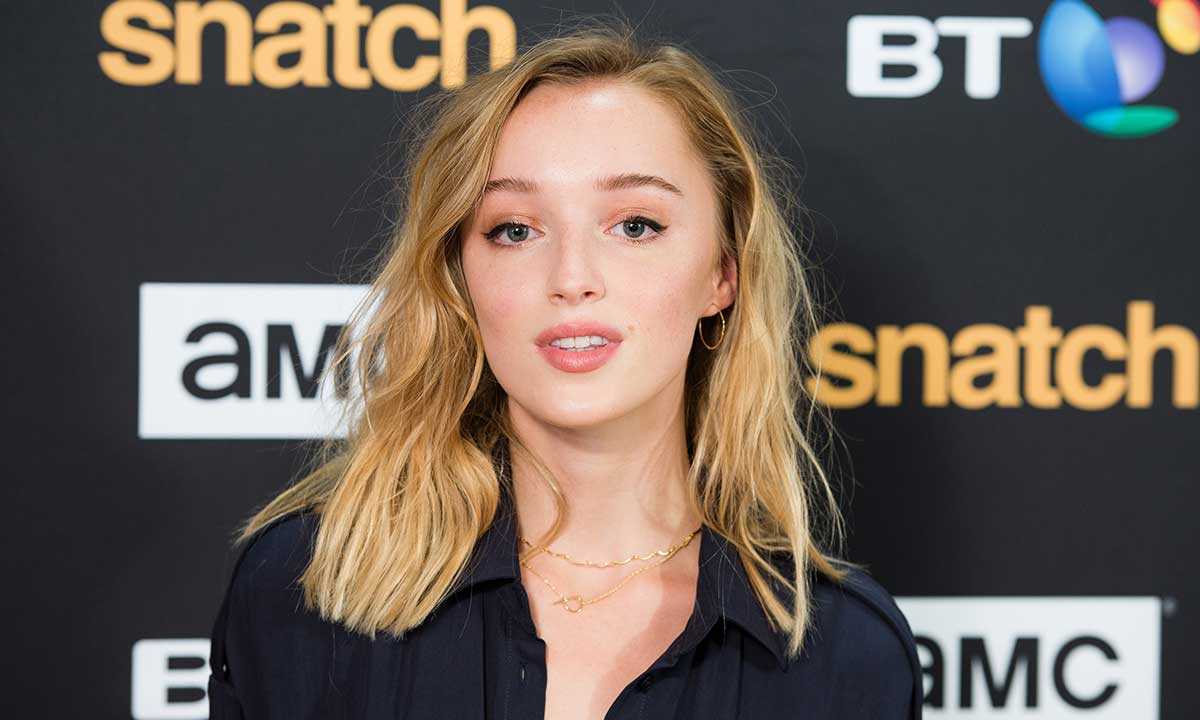 Watching tv with your family is fun… until a sex scene comes on screen. Well, “Bridgerton” star Phoebe Dynevor feels the same way! The Netflix Original star revealed she had to skipped past sex scenes when watching with her mom. 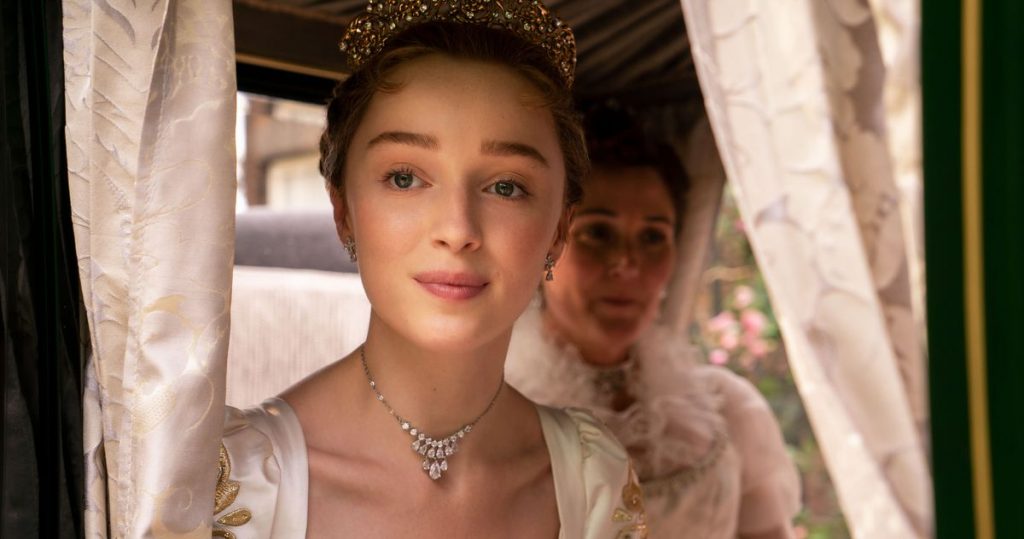 Phoebe Dynevor who plays Daphne Bridgerton, revealed she skipped past sex scenes while watching “Bridgerton” with her mom, in order to avoid any awkwardness. The actress held a screening at home for her family last year and revealed to the Daily Star that she was “on high alert,” for any inappropriate scenes that may pop up. The period drama actress was very excited to show her work to her loved ones, but ensured she had full control of the remote and was ready to fast forward past those intimate scenes. Not to worry Phoebe, we’d do the same thing!

Phoebe, 25, said her mom is “very proud and excited.” She added that she “watched the show with her whole family, and even the grandparents managed to watch it.” 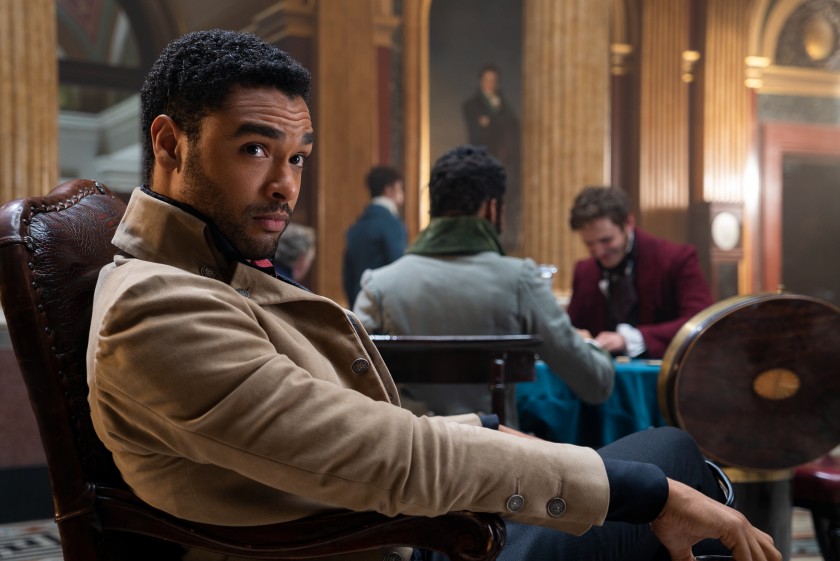 As it turns out, Phoebe’s costar and on-screen lover, may have wanted to follow her lead on this one. Regé-Jean Page who plays Duke Simon Basset, revealed his family’s mortified and unprepared reactions to his raunchy sex scenes.

The 31-year-old actor, who is currently living in the US, revealed that not all of his family members in London got his WhatsApp group message, warning them of his steamy sex scenes.

He told “The Tonight Show” host, Jimmy Fallon that “we missed one of my cousins. She sent me a message that was like, ‘I had to make so many tactical cups of tea during the show. I came back and you were still going, so I had to go back and put the kettle back on.” He laughed telling the audience, “so my family are very stimulated and caffeinated at this point, which sounds like a deadly combination.” 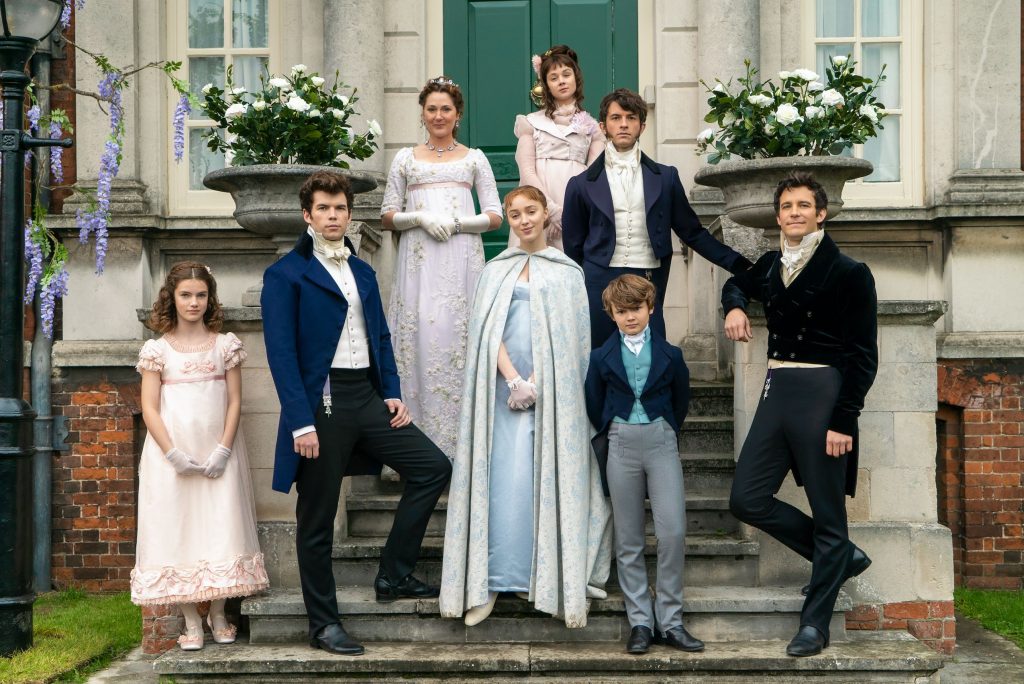 “Bridgerton” debuted on Christmas day and has continued to gain popularity since its release. According to Forbes, the show has flaunted two separate five-day streaks in the #1 position on Netflix, something no other Netflix show has done before.

Bridgerton’s showrunner, Chris Van Dusen spoke about how many seasons the Netflix hit might run for. “I feel like the first season was primarily about Daphne and her love story with Simon. But this being a family of eight children and there being eight books, I would love to be able to focus and really tell stories and love stories for all the Bridgerton Siblings. For each character, for sure.”

If you haven’t checked out this Netflix Original yet, now is the time! What are your thoughts on the cast’s awkward at home encounters? Drop a comment below and let us know!

Be sure to check out our latest article on “The Bachelor” for more on your favorite TV shows!