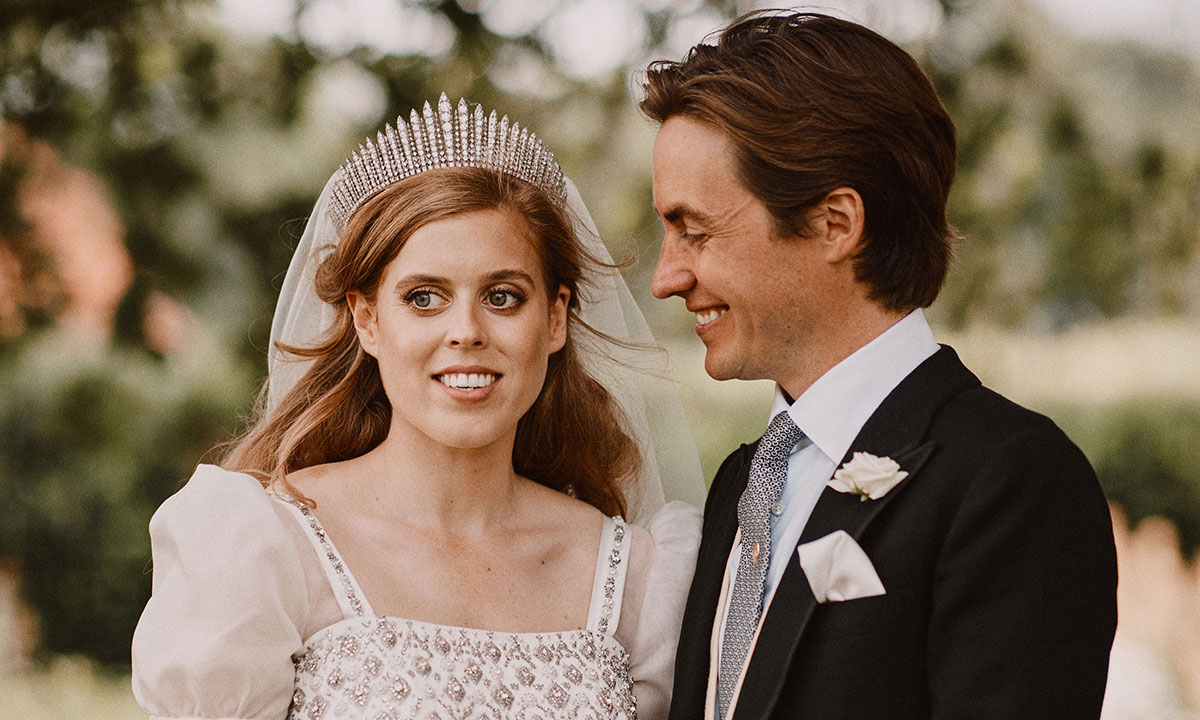 Posted at 13:54h in Celebrities by Becky Root 0 Comments 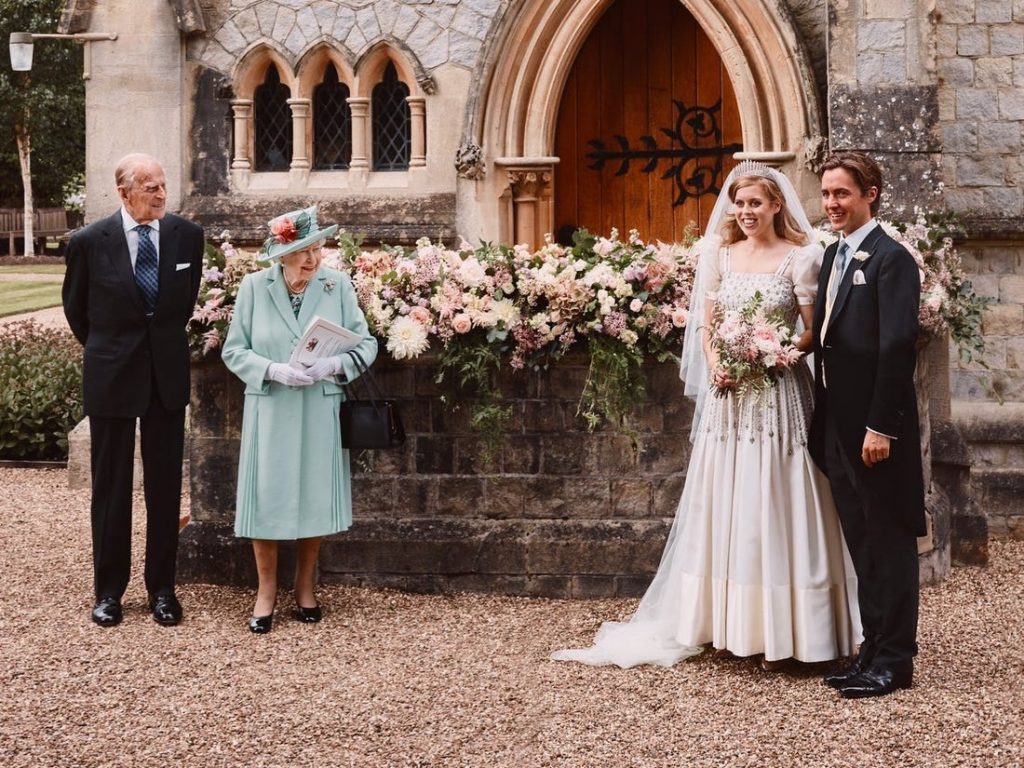 After postponing their plans for a grand royal wedding and reception in April, Princess Beatrice married Edoardo Mapelli Mozzi in a surprise, intimate ceremony on Friday, July 17th. Only close family, no more than 20 guests, were in attendance. The ceremony was held in All Saints Chapel at the Royal Lodge.

The groom is a business man and property specialist who is descended from Italian nobility. Mozzi’s father is an Italian count. It is not yet clear if the Princess will take the title of countess. The two knew each other as family friends before they began dating in 2018.

The groom’s young son, Wolfie, from a previous relationship, played a very important role in the intimate wedding ceremony. He acted as both a tiny best man and as a pageboy.

Princess Beatrice broke with recent royal tradition of making a designer’s career by taking the world stage and designing a royal wedding gown, like Beatrice’s sister, Princess Eugenie, Meghan Markle, and Kate Middleton all did for their recent royal weddings. Instead, Princess Beatrice honored her grandmother the Queen twice over. She wore the Queen Mary Diamond Fringed Tiara that Queen Elizabeth II wore at her own wedding 73 years ago. The Princess also wore a vintage Norman Hartnell gown. Her grandmother also wore this in 1962 to the premiere of Lawrence of Arabia and again in 1967 to the state opening of Parliament.

Princess Eugenie, the bride’s sister, gushed on Instagram. She gave the world more precious glimpses into the little royal wedding. She announced, “Couldn’t Bea happier (get it) 🐝…  What a complete joy and privilege to watch you, my beautiful big sister, walk down the aisle to dear Edo. I am so proud of you and I’m so excited to support you in the next chapter of your life. We are going to have so much fun together. ⁣Happy wedding day to you both.”

Recently, Prince Andrew has again been connected to the Jeffrey Epstein sex crime case. Both parents have “getting snarled in controversy” as their special skills. Hopefully, their newlywed daughters can bring positivity to their branch of the royal family tree.