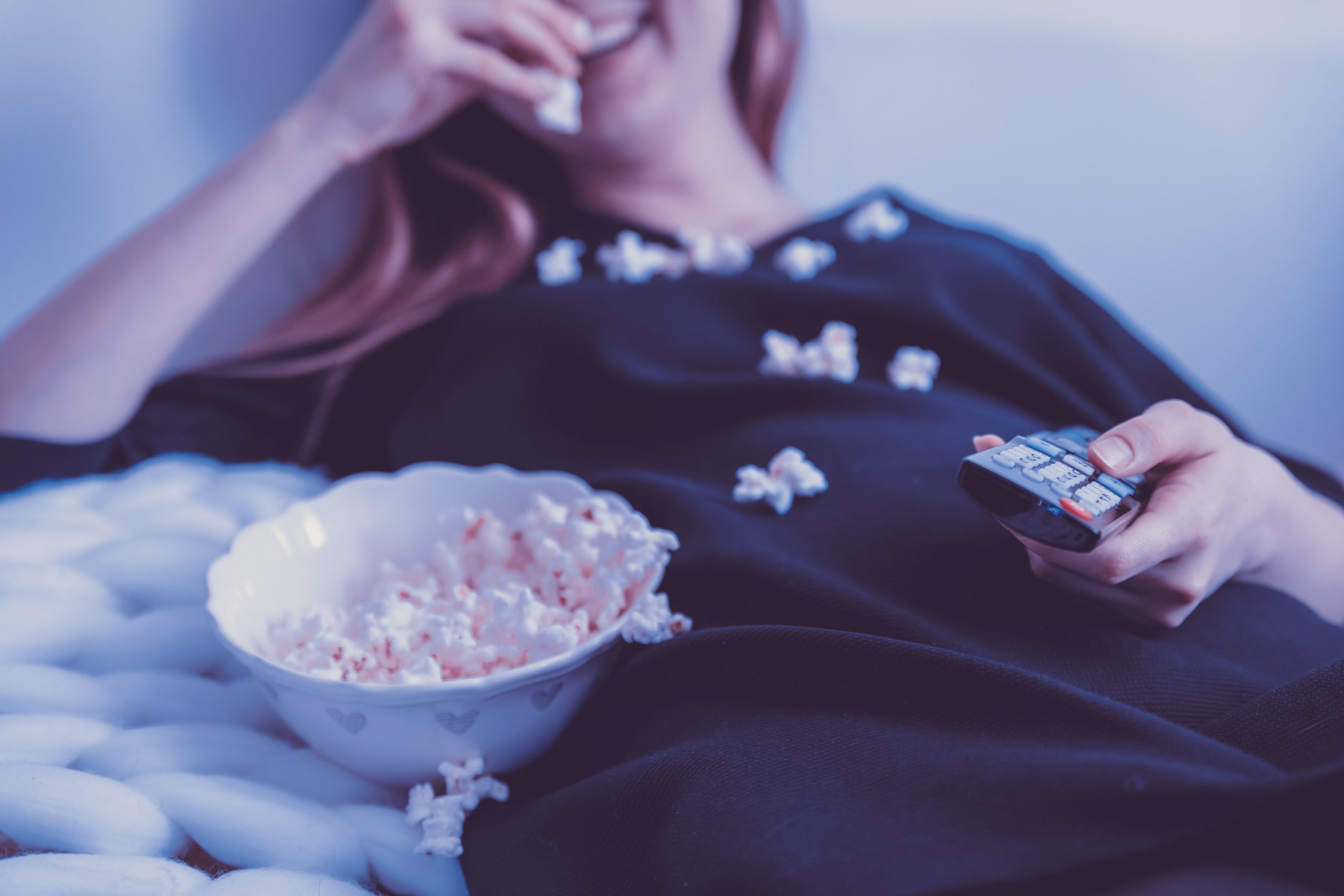 As we ease into this second month of stay at home orders and self-quarantining, you may getting sick of the same old TV show re-runs. If that’s the case, here is a list of some of my most cherished films from genres across the board. Though some are well-known, a majority of this list are not commonly watched and are for sure worth the time to sit down and watch. Especially since many of us have the time right now. To make it easier to watch, all the movies will be from around the 90s on, so between all the streaming services you should be able to find a way to watch these classic movies.

The Birdcage:A classic from 1996 that may be a little ahead of its time. Robin Williams and Nathan Lane shine in this comedic drama of sorts. Watch as a gay cabaret owner and his drag queen companion agree to put up a false straight front so that their son can introduce them to his fiancée’s right-wing moralistic parents. Hilarious and heartwarming.

The Princess Bride: This 1987 film is the safest one on the list to enjoy with the whole family. Children to grandparents can all sit down and enjoy this fairytale adventure adapted from the romance novel, of the same title, by American writer William Goldman. While home sick in bed, a young boy’s grandfather reads him the story of a farmboy-turned-pirate who encounters numerous obstacles, enemies and allies in his quest to be reunited with his true love

Insidious Chapter 1+2: For all you horror movie lovers out there, this is one of the best scary movies made in recent times. Sure it’s two movies, but they are one continuous story that feels like one long film. This original twist on a ghost story follows a family as they look to prevent evil spirits from trapping their comatose child in a realm called The Further. Unique scares and a great string instrument heavy score leaves you at the edge of your seat and behind your blanket maybe. Skip chapter 3 and 4. They are still enjoyable, but get progressively worst and less to do with the original story.

Snatch: Subtitles may be required for this Guy Ritchie hit that put the UK writer/director on the map. A star studded cast topped by Brad Pitt, Jason Statham, and Benicio Del Toro, this crime comedy is full of twist and turns and hard to understand accents. A film about unscrupulous boxing promoters, violent bookmakers, a Russian gangster, incompetent amateur robbers and supposedly Jewish jewelers fighting to track down a priceless stolen diamond they all desperately need.

Pulp Fiction: A Quentin Tarantino classic that movie buff has seen, but may have escaped the younger generation’s view. Though his newer movies have a next level of class and cinematography, his original storylines, witty dialogue, and ultra-violence trademarks are highly prevalent in this crime drama that really made Tarantino famous and reignited the careers of John Travolta, Bruce William, and Samuel Jackson. Watch as the lives of two mob hitmen, a boxer, a gangster and his wife, and a pair of diner bandits intertwine in four tales of violence and redemption.

Parasite: Bong Joon Ho’s masterpiece and the newest movie on this list is one that nearly swept all the major Oscars at the Academy Awards this year. This is a truly unique film from start to finish that not only thrills you, but gives a deeper message that makes you question society. Witness a poor family, the Kims, con their way into becoming the servants of a rich family, the Parks. But their easy life gets complicated when their deception is threatened with exposure. Funny, thrilling and political all wrapped up into one beautifully shot film.

The Matrix: Another film that was ahead of its time with the more recent popularity of simulation theories, The Matrix was still able to evolve into a highly successful action, Sci-Fi trilogy. With the success of the recent John Wick trilogy, the Keanu effect is at an all-time high as the announcement of a fourth installment of The Matrix is set for next year. So watch where it all started as a computer hacker learns from mysterious rebels about the true nature of his reality and his role in the war against its controllers. The graphics still hold true for the most part being 20 years old, and the movie is filled with epic fight and car chase sequences that are truly entertaining. Keanu also has a fourth installment of John Wick in the works as well as a long awaited third installment of the cult classic Bill and Ted movies.

Kiss Kiss Bang Bang: Before he was Iron Man, Robert Downey Jr. paired up with Val Kilmer in this thrilling comedy that nearly no one has heard of. A murder mystery brings together a private eye, a struggling actress, and a thief masquerading as an actor. Add hilarious voice over narration from Downey Jr. and you get a fun ride of a film that truly slipped through the cracks when released in 2005.

O’ Brother Where Art Though?:If you are a fan of the Coen brother’s films such as Raising Arizona, The Big Lebowski, or Fargo then this is a film for you. Deemed an adaptation of the famous epic poem, The Odyssey, Oh Brother Where Art thou is well deserving of its many Academy Award nominations and Golden Globe win for Best Comedy or Musical. Almost a period piece, the film is set in the deep South during the 1930s. Follow three escaped convicts on their search for hidden treasure while a relentless lawman pursues them. A fun cast led by George Clooney, this movie is long, full of great music, and witty dialogue. It is also great to see Clooney in a role where he plays a cartoonish moron of a man, instead of his usual hunky, man’s man lead roles.

Cinderella Man: Director Ron Howard takes the Rocky model and creates his own version of the underdog boxer story. Based on the true story of James J. Braddock, a supposedly washed-up boxer who came back to become a champion and an inspiration in the 1930s. Russel Crowe plays the lead man and is accompanied by Renee Zellweger, Craig Bierko, and Paul Giamatti in this period that highlights the struggles of The Great Depression. This true David versus Goliath tale is a feel good film that highlights family, human will, and perseverance and can be a great pick me up in a time like this.

I Love You Man: Quite possibly the dawning of the Bromance genre, I Love You Man is a great date night movie. So order in, or make a nice meal to enjoy this hilarious romantic comedy that both men and women can enjoy equally. This ridiculously funny movie is perfectly casted with Paul Rudd and Jason Segel as the characters at the center of this bromance. Watch as Friendless Peter Klaven goes on a series of man-dates to find a Best Man for his wedding. But, when his quick bond with his new B.F.F. puts a strain on his relationship with his fiancée, can the trio learn to live happily ever after? Rashida Jones, Jon Favreau, and plenty of other recognizable actors round out the cast of this silly film.

The Green Mile: We all know and love The Shawshank Redemption, but some may have forgotten about a similar toned movie that also happens to take place in a prison, in a similar time period, directed and written by Frank Darabont, and both based on Stephen King novels. The Green Mile is over three hours long and is a perfect, stuck in your pajamas, sick day movie. Follow the lives of guards on Death Row as their lives are affected by one of their new prisoner: a black man accused of child murder and rape, yet who has a mysterious gift. Starring Tom Hanks, David Morse, Bonnie Hunt, and Michael Clark Duncan round out this epic drama.

These are just a few great movies that should be on your, “must watch list”, if you have not already enjoyed them. Even if you have seen one these classics, all of them have a high re-watch value and some of them take a few run sittings to actually understand them fully. Stay safe and stay in. You now have twelve more excuses to not go outside.