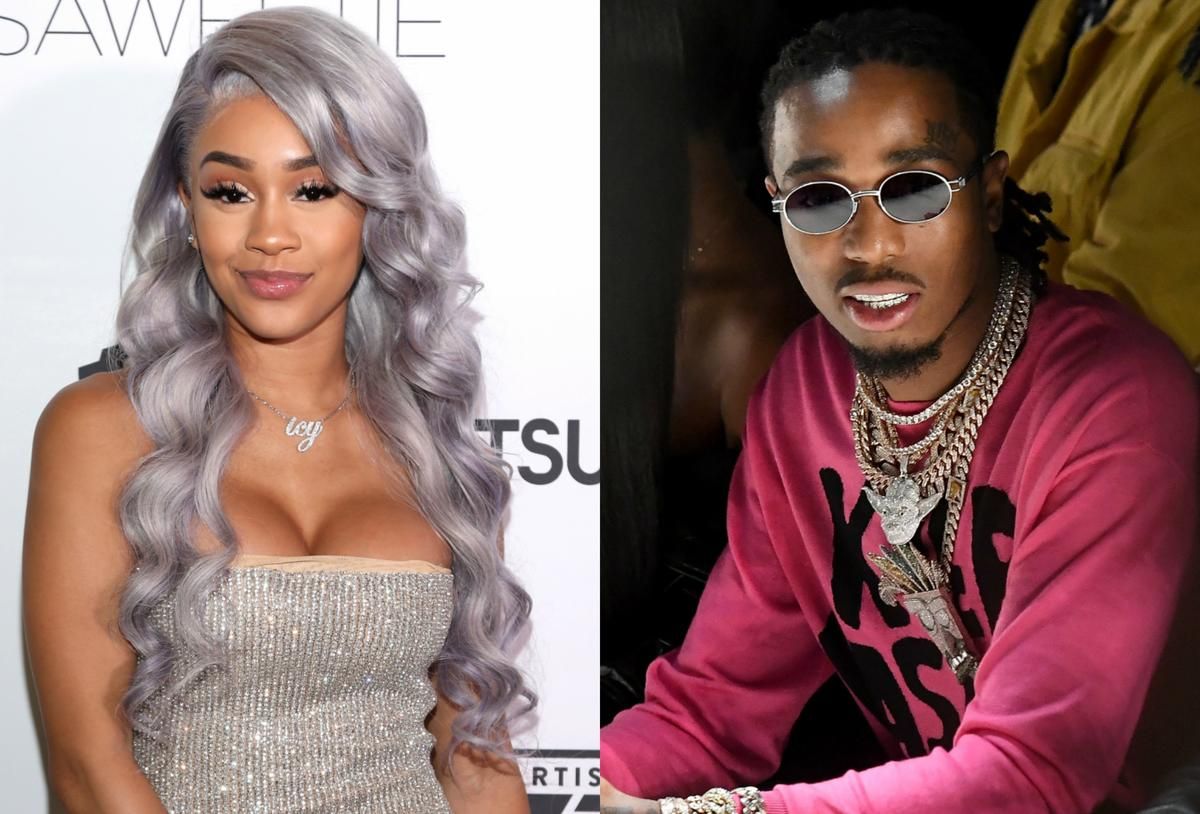 Posted at 13:51h in Celebrities by Trae Morgan-White 0 Comments

Just a few weeks after Saweetie and Quavo publicized their breakup, footage of the former couple’s physical altercation in an elevator has surfaced. 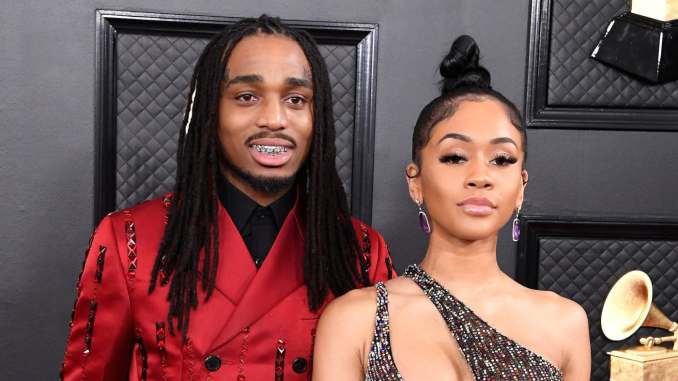 According to TMZ, the altercation between the former couple took place in an elevator at Saweetie’s North Hollywood apartment complex last year.

In the surveillance video, the “Icy” rapper appears to swing at the Migos rapper near the open elevator. Saweetie then grabs a large, orange case before Quavo retaliates, pulling her into the elevator and wrestling her to the floor.

While Saweetie remains on the floor for the rest of the footage, her face is not visible. On the other hand, Quavo takes the case away, pushes the elevator button, and briefly looks at the camera. 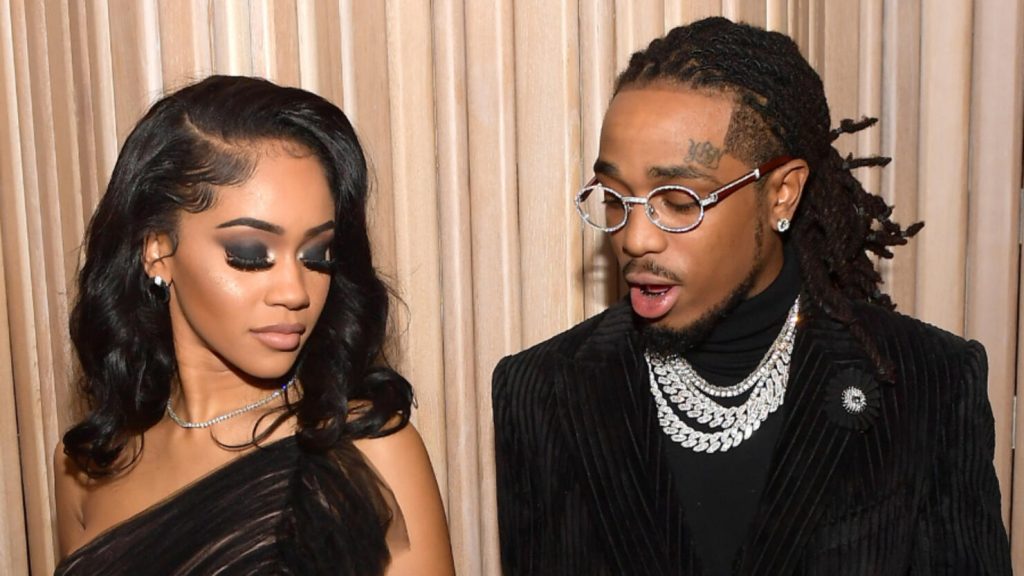 The video sparked major controversy and became a trending topic on Twitter.

On Tuesday, The Shade Room published a series of tweets from fans and Twitter users who expressed divided opinions. Users questioned whether the video alluded to an abusive relationship, and if Saweetie was a victim of domestic violence.

“Men don’t think Saweetie was abused just because she doesn’t have a concussion or he didn’t knock her out,” one user wrote.

The controversial video also drew comparisons to a 2014 elevator altercation between Beyoncé’s sister and singer Solange Knowles, and Jay-Z after a Met Gala after-party.

Many users expressed disappointment with people who considered Quavo and Saweetie “relationship goals.” 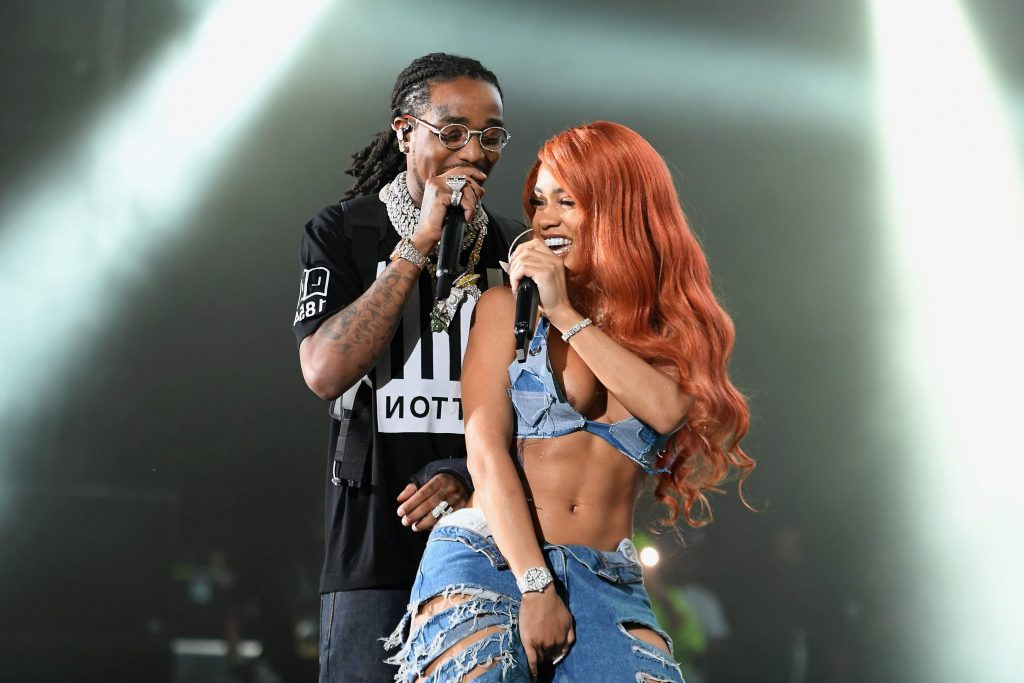 The “Best Friend” rapper recently confirmed the couple’s break-up in late March, and claimed that she found “peace and freedom” after emotionally checking out of the relationship.

The couple began dating in 2018. According to a previous interview with People, Saweetie claimed that Quavo was her celebrity crush before meeting. The two sparked  relationship after the Migos rapper messaged her on Instagram.

“I think the reason why we’ve lasted so long is because we’re like friends who are really, really, really attracted to each other,” Saweetie said.

Now, Saweete is ready to move on from her past lover.

In March, the artist announced her collaboration “My GFs are My BFs” with singer Demi Lovato, and took on a recurring role as Indigo for the Freeform comedy “Grown-ish.”

What are your thoughts on the altercation? Drop a comment below and let us know.

Be sure to check out our latest article on why fans believed Zayn and Gigi got married!