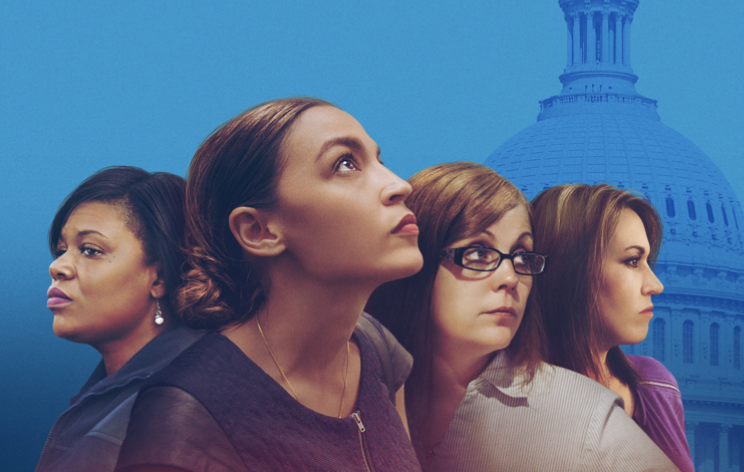 29 Oct From Real to Reel: Making A Documentary

“We are always guests in someone else’s story… People trust you with their lives… You’re capturing someone’s moment in history, and you use their journey as an inspiration.” These quotes were from panelists during Netflix’s REAL to REEL Documentary Showcase presented by Deadline. The showcase generated an audience that got the opportunity to attend two panels featuring directors and producers of the latest, most thought-provoking documentaries out on Netflix.

Upon arrival to the event, audience members were greeted in front of one of the Netflix buildings, and catered to with small snacks and beverages. The panel took place in a ‘central stage’ setting where the audience sat around the panelists as they discussed their topics. The first panel introduced directors Julia Riechart, Steven Bognar, Rachel Lears, Karim Amer, Jehane Noujaim, Nadia Hallgren, and Drea Cooper. The host presented the panelists with questions about each of their films, and it was interesting how every response surrounded a main theme: trust.

The directors fell into their stories and delved into deep conversation with one another about what it took to build a relationship with the main characters of their films. “Documentaries give the main characters an outlet for what they are going through, and it’s therapeutic for them, but it takes time to get to that point.” For some of the directors it took years of filming because they needed to establish trust with the people the documentaries were about. “Trust is much more than access. It takes a process to get there.”

By definition a documentary is a movie or television or radio program that provides a factual record or report. This is why documentaries make a difference in the world compared to mainstream media news. It’s in these situations that the directors, producers, and crew are confronted with a reality that they are unable to manipulate. If you are truly invested in a story, understanding all aspects of it (both the good and the bad), this is something that brings out meaning and inspiration to the rest of the world.

If someone was ever looking for advice before beginning to film a documentary, this was definitely an event to be at. The lessons that we took from this first panel were that:

For some of the films, they described the culture shocks that their characters had to live through. “When ripped out of your culture, it’s incredibly traumatic.” This concept brought on the discussion of how you must approach the filming of a documentary, especially when a story is sensitive to your main characters.

“See people as human beings and acknowledge their humanity, because identity means everything.” What the directors meant by this is that anyone can make a film, but when the film is about other peoples’ lives, you can’t treat it simply as a film anymore. You have to treat the people in the films as individuals, and be patient because their stories are much more meaningful to them. You are capturing someone’s moment in history.

It looks like the filmmakers had a shared journey they needed to take with their characters. Each story in one way or another involved reliving the past, recognizing the traumas, and learning to pay tribute to those who have experienced similar situations. The directors, producers and crew were a part of that journey as they filmed. “There is no way of burying your past, so the only way to make peace with it is by embracing your past.” These filmmakers gave an outlet to those who have been unable to share their stories. That’s what makes documentaries so important. They make an impact by making the world aware.

If you were born with the ability to change someone’s perspectives or emotions, never waste that gift. These documentaries were inspired by creative filmmakers because they had a passion to teach the true realities of the world. This was an incredible showcase.