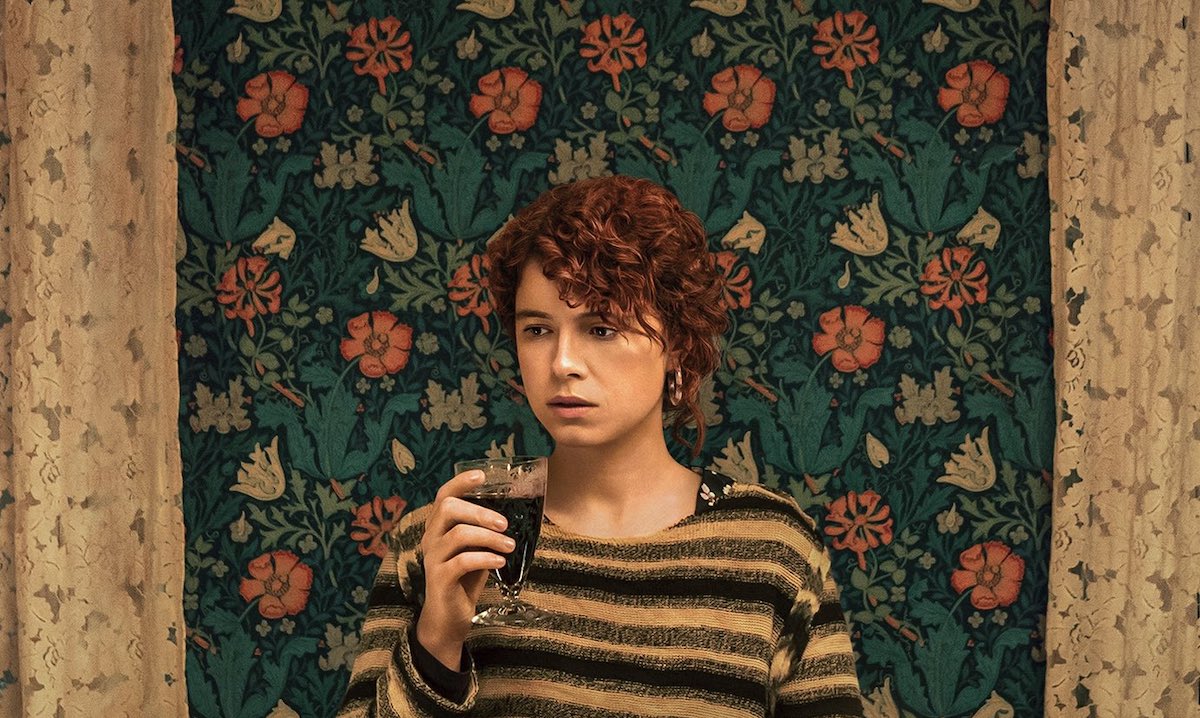 On September 4th, Netflix released another original film entitled I’m Thinking Of Ending Things. It was not at all what I was expecting. Every time I thought I had a handle on where the film might be going it took me somewhere else. By the end of the film I was a little upset at the lack of explanation and I have to confess I looked up “I’m Thinking Of Ending Things Explained” on Youtube.

The film was written and directed by the same man who wrote the film Eternal Sunshine Of The Spotless Mind which makes sense once you’ve seen both films. (I highly recommend Eternal Sunshine Of The Spotless Mind by the way!) I’m Thinking Of Ending Things just fucked with my mind to put it bluntly, and I usually like it when movies are capable of that but this was different.

The film follows a couple heading to the boyfriends parents house for dinner. The car conversations, where the couple talks about everything and nothing, made me think “I’m thinking of turning this film off.” Then something would happen and and the film held all my attention. 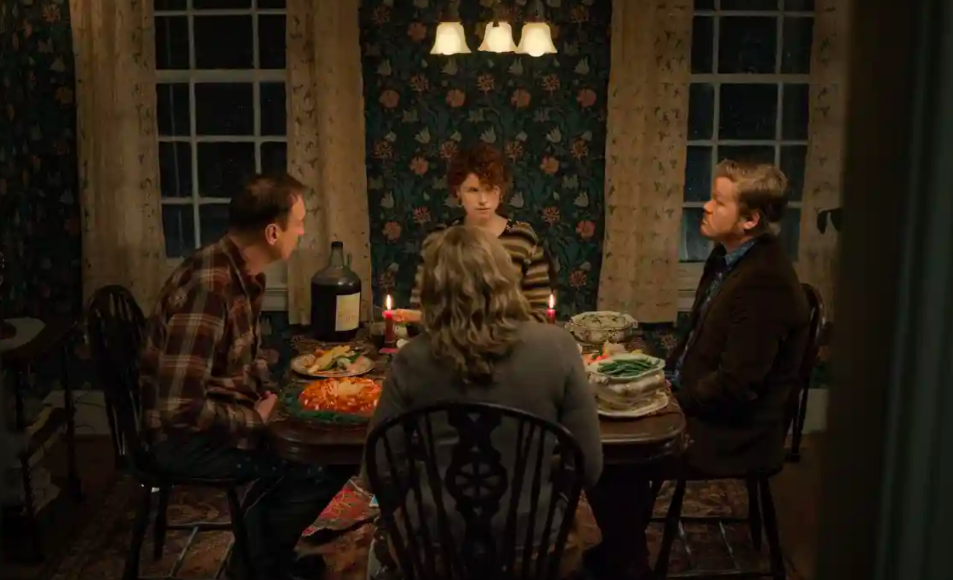 At first, the film seems to follow the characters Lucy, although she is referred to with other names throughout the film, and her boyfriend Jake. Jake drives them both to his parents house to have dinner and Lucy’s internal monologue is all about how she is thinking of ending things with Jake. Her mind is foggy and she can’t finish a though without Jake interrupting her.This conversation goes on and on and I have to be honest, it kind of dragged.

The pair finally make it to Jake’s parents house which appears to be on a small farm. The film gets extremely eerie at this point. After a very creepy story about a pig being eaten alive by maggots, Jake leads Lucy inside the house. His parents act strange and nothing about the whole situation feels right. Even the fact that Lucy doesn’t seem to be picking up on these strange happenings throws you off.

Right when you think things can’t get any weirder, Jake’s parents age in an instant. They had previously looked like they were in their fifties but them jumped to their eighties. Lucy, of course, doesn’t notice enough to run out screaming. Their age changes twice more during her visit. 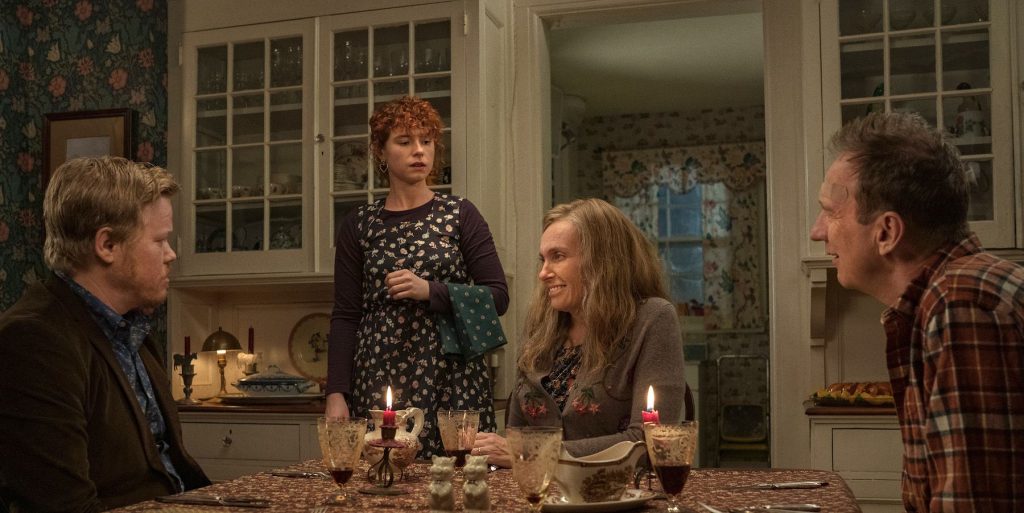 When Jake and Lucy finally leave they stop to get a “Brrr” which is basically an ice cream shake. The employees there act very strange and one even says that she fears for Lucy, telling her she could stay and doesn’t need to leave. Of course, Lucy doesn’t find this strange enough to stay. She gets back in the car with Jake and he takes a detour to his old high school. This is where things get weirder, believe it or not.

Jake goes inside, Lucy follows and she finds a janitor who is an old man. It is later revealed that man is Jake. There’s a little interpretive dance that kind of came out of no where, the old man gets naked in his car and wanders the halls, then a speech is given by the younger Jake in the auditorium to a crowd full of people.  I know I could never fully explain this film but it is just as weird as I have just described it.

I was not the biggest fan of this film. Watching the explanation on YouTube really helped me out if I’m being honest. I would say watch this movie just to see the chaos unfold and so that you understand how difficult this was to explain. Check out our last review where we talk about the film Desperados.