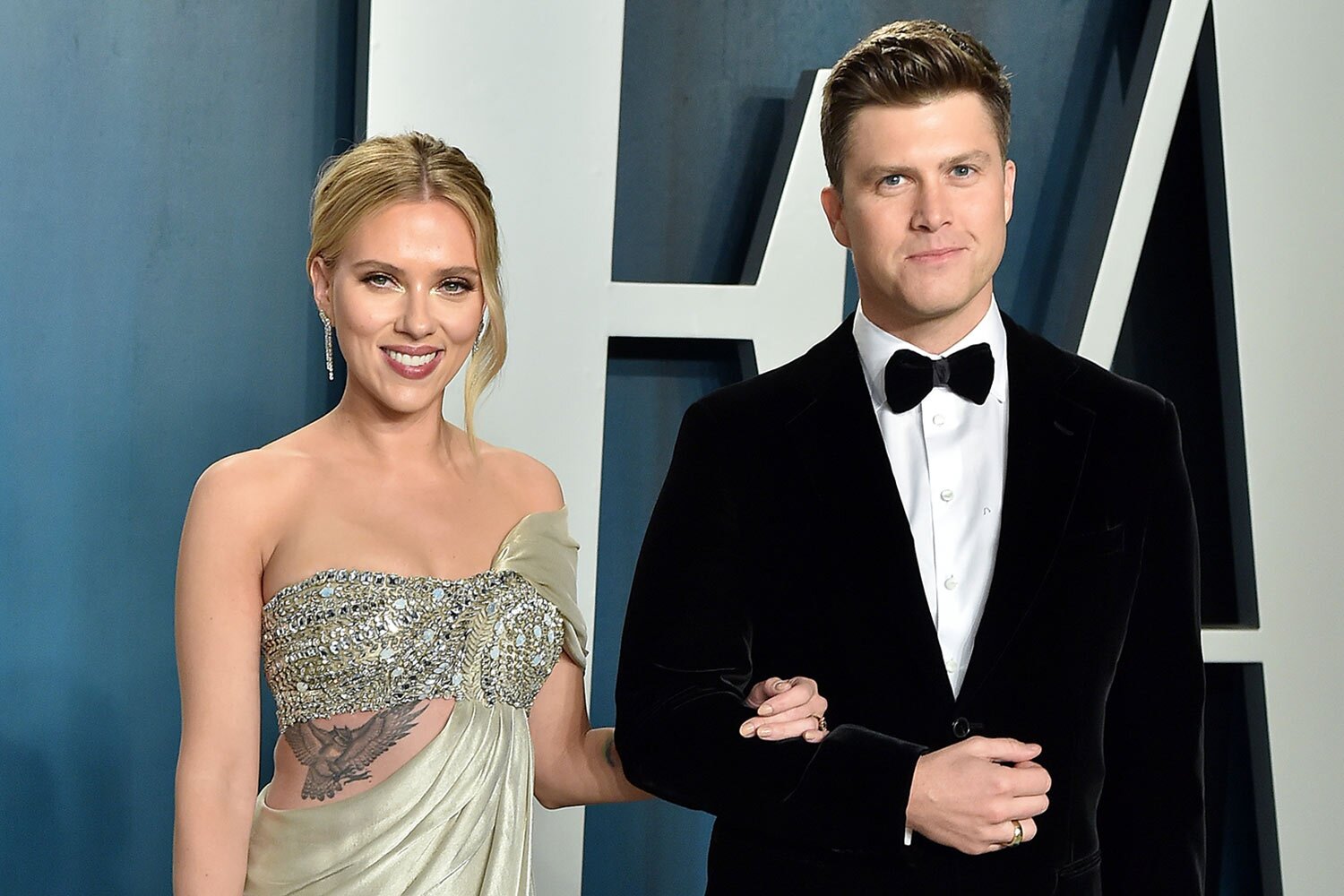 Scarlett Johansson and Colin Jost have shared some exciting news. The couple is expecting their first child together!

Oscar-nominated actress, Scarlett Johansson, 36, and her husband, Colin Jost, 39, are adding a new addition to their family, and very soon.

Multiple sources told Page Six that Scarlett was expecting, which confirms the pregnancy rumors that formed after fans noticed that the “Avengers” star had been keeping a suspiciously low-profile.

One insider said, “Scarlett is pregnant but has been keeping it very quiet.”

Another source gave some insight towards when the baby may arrive. “Scarlett is actually due soon, I know she and Colin are thrilled.”

Trust us, they aren’t the only ones who are thrilled about this news!

The source explained that the star “hasn’t been doing many interviews or events to promote ‘Black Widow,’ which is surprising since it is a huge Marvel/Disney release and she is both the star and an executive producer.”

Instead of making in-person appearances, Johansson has been opting to participate in virtual promos and interviews. Her most recent appearance was  on June 21st during “The Tonight Show with Jimmy Fallon.” There ,Johansson attended virtually, and can only be viewed from the chest up.

Vanity Fair points out that it was particularly suspicious whenever the married couple did not attend a screening of “Black Widow” last Friday night hosted by her co-star David Harbour in the Hamptons. Adding that, “That absence seems particularly notable given that Johansson and Jost own a home in Montauk, and are typically neighborhood staples out East throughout the summer,” Vanity fair wrote.

A Hamptons source said, ““Scarlett usually spends a lot of the summer out in Amagansett and Montauk, and you’d often see her walking her dogs on the beach or getting coffee. But this summer it seems like she is deliberately trying to keep a low profile.”

This new baby will be Johansson and Jost’s first child together, making the comedian a first-time dad and the actress a mother of two. Scarlett also has her daughter, Rose Dorothy Dauriac, 6, to former husband, Romain Dauriac, 39.

The soon-to-be parents first met on the set of “Saturday Night Live” in 2006, but were never romantically linked until over a decade later. The pair then sparked dating rumors only months after Johansson filed for divorce with Dauriac after locking lips at a SNL after party in May of 2017.

The made their relationship official in December 2017 and announced their engagement two years later. In October of 2020, the duo secretly became husband and wife at an intimate wedding ceremony held in Palisades, New York.

Now they are onto their next chapter and we wish them nothing but the best!

What do you think about Scarlett Johansson and Colin Jost’s baby news? Drop a comment below and let us know your thoughts!