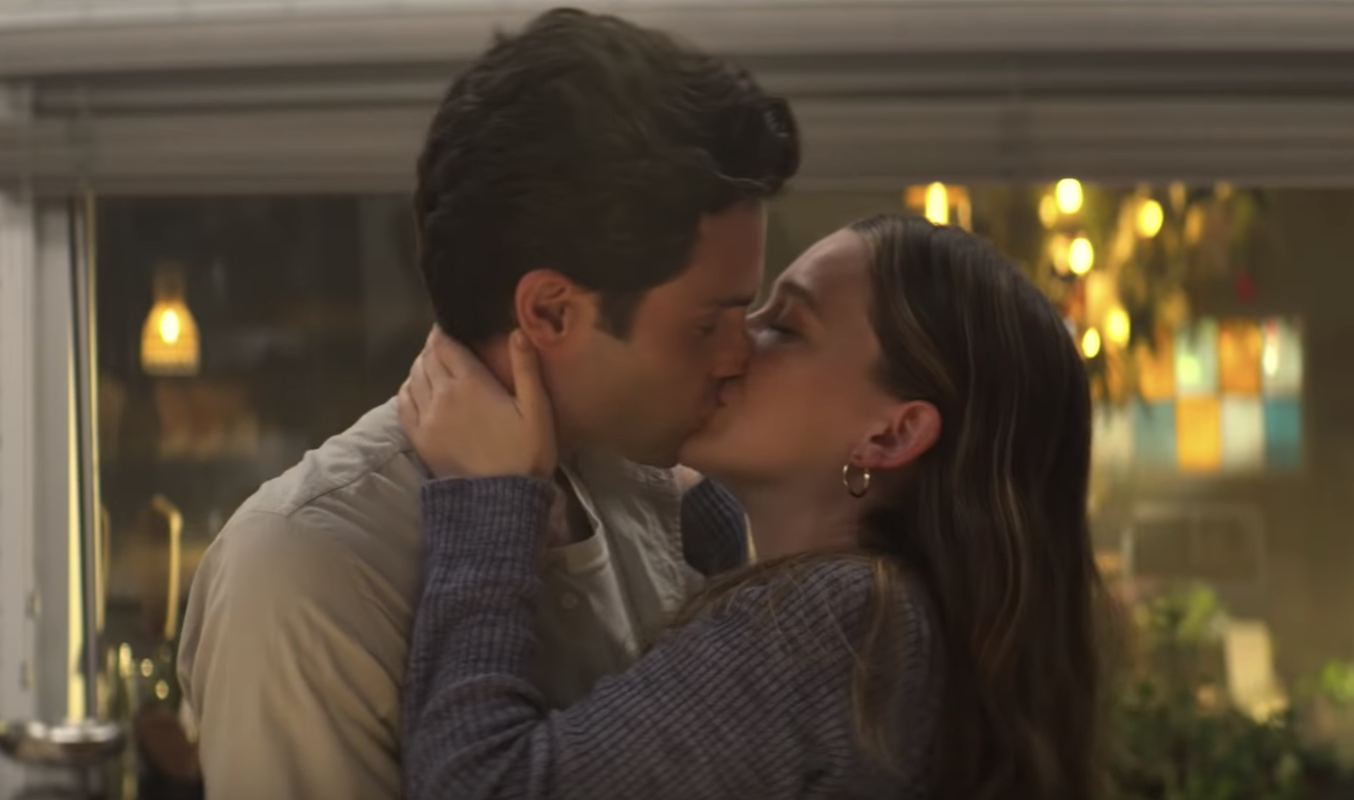 You Season 2 was released in late December of 2019, over a year after the release of the first season. The show follows main character Joe Goldberg (Penn Badgley) as he goes through hell to protect the people he loves. At least, that is the reasoning he gives for being a stalker, killer, and psychopath. For Joe, every bad decision he makes is justified by love.

Season 1 is set in New York, where Joe is a brilliant bookstore manager lovestruck by Guinevere Beck (Elizabeth Lail). Long story short, Joe meets Beck, stalks her and makes his way into her life and heart. Throughout their relationship Joe kills people close to Beck to “protect” her. The season ends with Beck learning of Joe’s real self, and he kills her, framing it on her therapist. However, Joe knows he is not in the clear, when his ex-girlfriend Candice comes back, looking for revenge—for herself and for Beck—after Joe left Candice for dead.

Season 2, in my opinion, is better than season 1. It is set in Los Angeles, where people go to find themselves and start over. In this season, Joe kidnaps Will Bettelheim, and takes over his identity. The depiction of Los Angeles in Season 2 of You is one of the best things about the show. Everyone in LA is aspiring to be something bigger—at least that is one of the cliches from the show. Joe being a New Yorker at heart, gives the perfect first impression of LA. The superficialness of LA is definitely portrayed right at the beginning of the season. Those celebrities that walk around in a hat and sunglasses acting like they don’t want attention, when they are actually craving it, is something Joe points out in his narration. In Season 2 Joe meets his new “You,” Love Quinn. While he tries hard to be a different person, less violent and more logical, he follows and stalks Love the same way he did Beck. But just like Beck, Love falls for Joe, and they hit it off. In the middle of the season, the couple attends a “Wellness Weekend” for Love’s parents. Yet, another portrayal of LA that anyone not from the city would be confused about. Events like these really do happen in LA. From the events to the people and the food, the LA culture is depicted very well in the second season, and the plot surrounding all the cliches make the show even better.

In the 9th episode of season 2, Joe reflects on himself and the bad things he has done. His narration says, “I thought I only ever acted from a place of love, to protect, but what type of man would do this? Has Candice been right all along? Have I been fooling myself? Have I just been refusing to face who I really am?” Candice told Joe that she was going to show him who he really is, and here, Joe starts to believe all the things she said he was. While you would think Love finding out that Joe is a killer would be a major turn off, we find out that Love might be just as crazy as Joe.

There are plenty of jaw dropping moments seeing some seriously gross or creepy scenes from the show. However, it is one of those shows you just can’t stop watching. Joe’s obsession with his love interests and watching him almost get caught time after time is thrilling. It has been confirmed that You will return to Netflix for season 3 in 2021, so we will have to wait to see what Joe gets away with next.