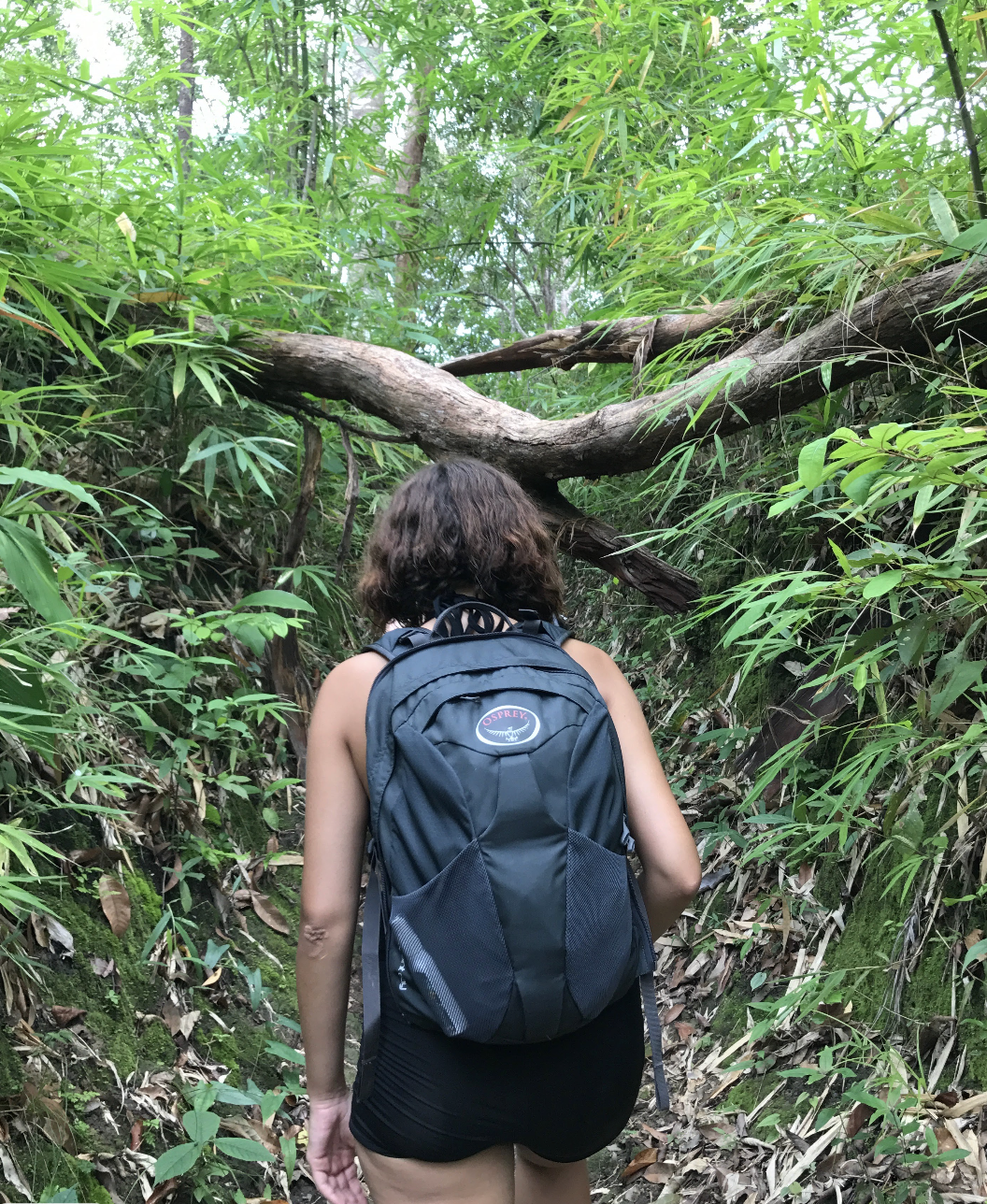 Most people do extensive research before getting a tattoo. However, I’m not most people and don’t fully think any of my life decisions through.

This is going to be yet another story from my summer ‘17 SEA backpacking trip. This story scales through three different countries so I’m going to try to be as thorough as possible. Prior to embarking on this two month journey, my best friend, Luana, expressed her desire to get her first tattoo during our trip, and I decided to get one with her. We originally wanted a Sak Yat tattoo, which is a traditional tattoo done by a monk. However, monks can’t touch women so it would be much more difficult to find an ex-monk who would be willing to perform such an act. We scratched that option and decided to leave it to fate. The right tattoo will find us.

On our second to last day in Chiang Mai, we met an Australian artist staying at our hostel, named Salad Bowl (yes, you read that right). Salad Bowl was on a year long backpacking trip in Southeast Asia to paint murals and sell his art. He had such a positive presence and was an easy person to talk to. The three of us stayed up until sunrise talking about life and spirituality. We agreed to meet up the next day and spend our last day in Chiang Mai together.

Over breakfast, we began opening up more about our personal lives. Both Luana and I had just gone through break ups, and were in need of some spiritual healing. Salad Bowl began telling us about the “third eye” tattoo he got done before coming to SEA. This is a brief summary of his story:

“I had gone through a rough period in my life, and wanted a tattoo to symbolize how I overcame it. On a sunny Melbourne day I headed over to my go to artist’s shop to do a quick piece. The original tattoo was supposed to be a woman with an open “third eye.” He drew the outline of the girl relatively quickly. However, when he began the third eye, everything took a turn for the worst. The needle suddenly broke and rain began to pour. My artist lost concentration and could not assemble the new needle. He fussed around for another 10 minutes, then began working on the eye again. This time, the ink was barely coming out, and he tried repeatedly for another 10 minutes to fix it. At this point he decided to change course. The eye was originally supposed to be open, but since nothing was going as planned, my artist decided to just leave the eye closed. Immediately, the weather cleared up. He explained that whenever your life gets chaotic like a storm, your mind should always remain calm.”

Now hearing that after all the other spiritual experiences we had in Chiang Mai, we knew that we needed this tattoo. Salad Bowl agreed to draw us up designs that we could get tatted sometime later during our trip. After a couple more hours of wandering around Chiang Mai, we headed to the bus station for our overnight ride to Bangkok. We only had two days in Bangkok before leaving for Cambodia. Bangkok was not as magical as Chiang Mai–quite the polar opposite actually. Where in Chiang Mai we felt a sense of inner-peace, Bangkok was absolute chaos. The streets were crowded, the traffic was out of control, and the city lights shone brightly through the night. Because of how underwhelming the city was, we decided to stay in for the night. Here, we met Robert, another California native like us backpacking SEA. Robert had a flight to catch early the next morning, but agreed to show us around the city if he missed it. Robert’s brother had relocated to Bangkok, so he was quite knowledgeable of the city. He missing his flight (purposely) and agreed to take us out. We wondered around Bangkok one last time before our evening flight. Since he no longer had a flight to catch, we convinced Robert to come with us to Cambodia. For some odd reason he agreed, but he could not get a flight online and had to get it at the airport.

We had strayed far from our hostel and it was a 40 minute walk back. As luck would have it, there was an event taking place in memory of the King of Thailand, who had died some six months prior, that was causing bumper to bumper traffic. Our flight was at six and it was currently half past three. It would take approximately an hour to get to the airport so there was a high possibility that we were going to miss our flight. No taxi wanted to take us so we were forced to walk back to our hostel. Luckily for us, a taxi stand was situated in front of our hostel so we were able to quickly grab one to the airport. We had about an hour and a half leeway until our flight, and were stuck in, again, bumper to bumper traffic. To get our minds off the situation, we decided to tell travel stories.

Luana had just started recounting Salad Bowl’s story, when rain began to fall..heavily. So not only were we stuck in traffic, but also a storm. By now, we had lost all hope in catching our flight. As Luana approached the end of the story, both the traffic and weather cleared up. We made it to the airport with 30 minutes to spare only to find out our flight had been delayed for another hour. Robert calmly bought his ticket, and we made our way to the airport lounge, courtesy of our new friend. There’s nothing better than getting hammered at the airport lounge right before a flight.

We were stressed, overwhelmed, and on the verge of a mental breakdown but I would do it all over again. Go out and explore our beautiful world. You won’t regret it.