Taylor Swift is speaking out about the “Bad Blood” between her and Scooter Braun! Taylor took to Twitter this week to clear the air on the recent sale of her old masters, which includes the rights to her first six albums!

Details on the ‘Bad Blood’

Scooter Braun sold her original master recordings to a group called Shamrock Holdings without Taylor’s knowledge! But the dramatic details don’t stop there.

In Taylor’s Twitter post she explained to fans that when trying to work with Scooter’s team he wanted Taylor to sign a non disclosure agreement, where the singer could only say positive things or nothing at all about Braun.

Taylor further wrote in her message to fans “My legal team said that this is absolutely NOT normal, and they’ve never seen an NDA like this presented unless it was to silence an assault accuser by paying them off.”

Swift went on to explain that Braun’s team was not only trying to silence Taylor, but was never going to quote Taylor’s team a price for her music and that her master recordings were never going to be offered to her for sale. 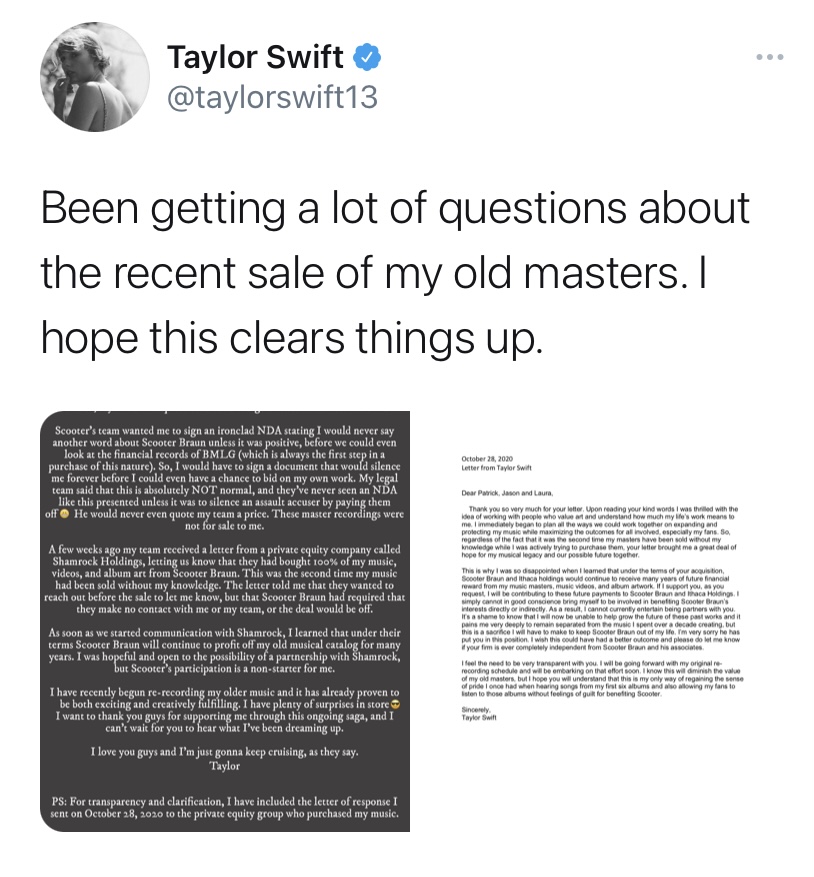 A Deal Done Without Taylor’s Knowledge

Taylor’s team received a letter from Shamrock Holdings informing her that they had bought 100% of her music, videos and artwork from Braun. Reportedly, this letter informing Taylor that Shamrock now owned her old masters, was the first time Taylor had known about this deal.

“The letter told me that they wanted to reach out  before the sale to let me know, but that Scooter Braun had required that they make no contact with me or my team, or the deal would be off,” wrote Taylor.

Swift also included in her Twitter post a letter that she had sent to Shamrock Holdings where she explained to the company that although she was optimistic about a partnership, she can not bring herself to work with them after learning that under the deal Scooter Braun would still be profiting off her music for years to come! 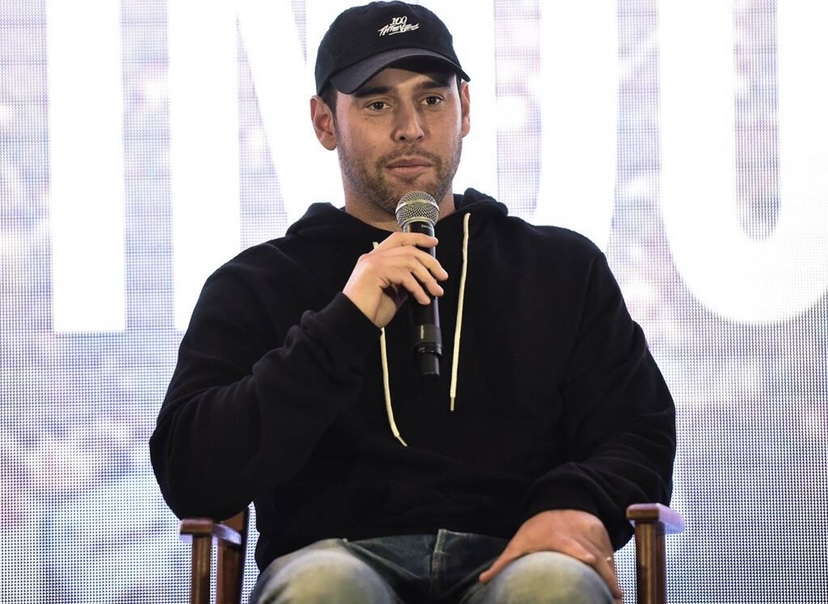 ‘Now Look What You Made Me Do’

Taylor Swift’s also included an exciting announcement in her post that shows fan’s of Swift she is not backing down, but a force to be reckoned with. Taylor will be re-recording her old songs!

“I have recently begun re-recording my older music and it has already proven to be both exciting and creatively fulfilling. I have plenty of surprises in store,” The singer wrote. “I want to thank you guys for supporting me through this ongoing saga, and I can’t wait for you to hear what I’ve been dreaming up.” 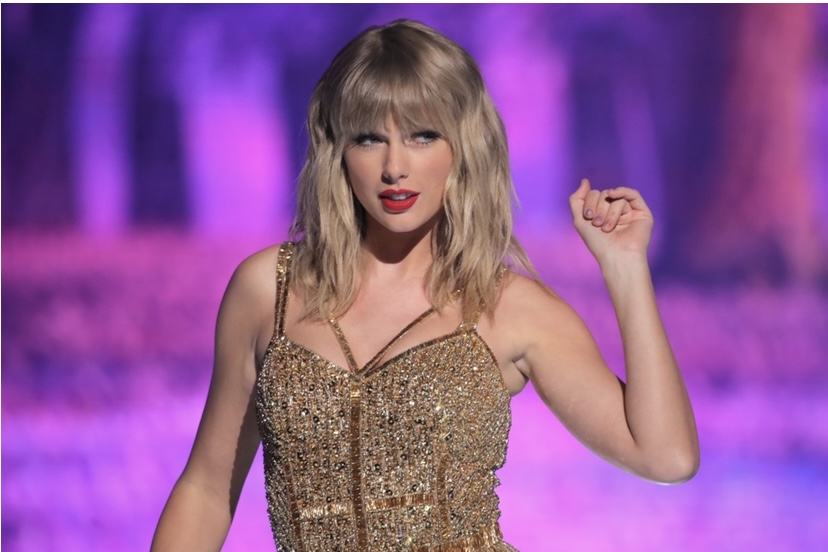 What do you think about this war on Taylor’s music? Drop a comment below and let us know!

Be sure to check out our latest article on the Weeknd for more news about your favorite artists!