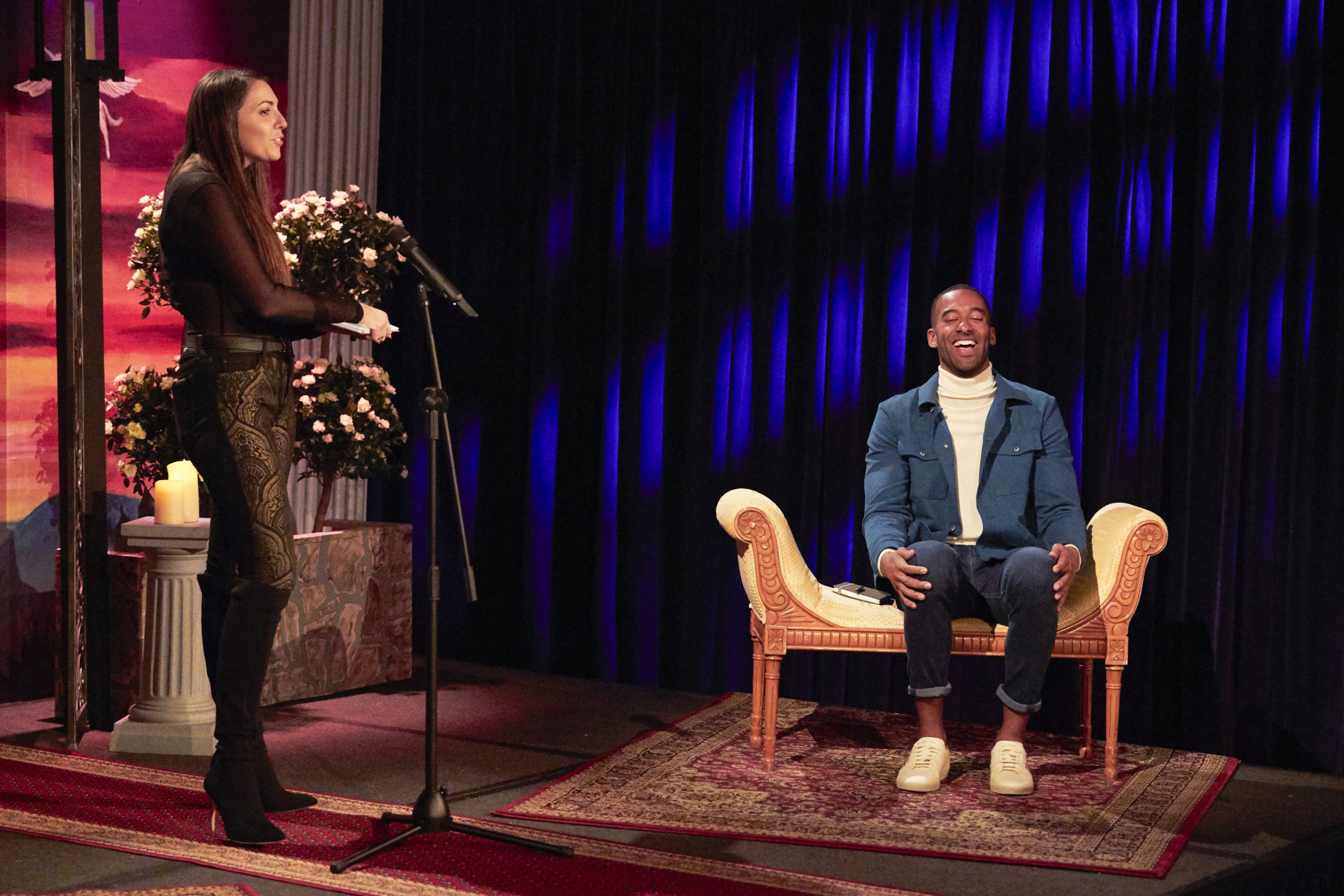 This wild episode was truly chaotic. I left wondering if I love all of these girls or if I actually don’t like any of them. Well Queen Victoria may have lost her reign this week as the episodes villain. The women’s anger was aimed at Sarah, who thankfully was fine after her fainting episode last week.

The rose ceremony continued and Marylynn went home. Khaylah, Mari, MJ, Kaili and Victoria all get roses. After the rose ceremony, the episode can really begin! Why do we keep straying from the original Bachelor Nation format? 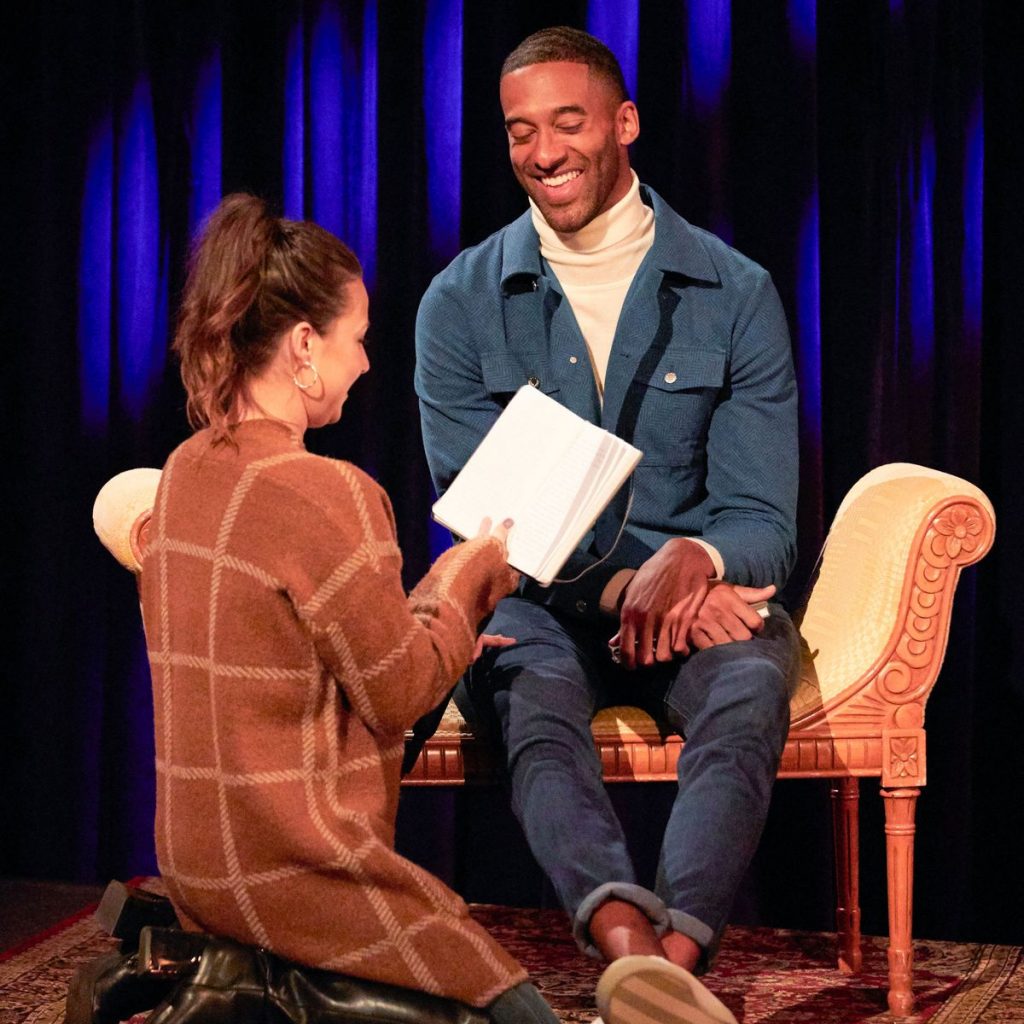 Chris Harrison comes in to set up the theme of the week, “Being Comfortable in Uncomfortable Moments.” The group date includes Rachael, Bri, Lauren, Kit, Serena C., Victoria, Khaylah, Anna, Kaili, and Katie. The group walks in on Ashley I. reading Chris Harrison’s erotica. The women will be writing their own “love scene” starring Matt James.

As the date progressed it is clear to see that Matt definitely likes Racheal. When they were talking he could hardly wait before leaning in for a kiss. I feel like she will have a one on one soon.

The group seems to be vibing very well with each other. It’s honestly quite impressive in such a large group of people trying to date one guy. This all ends when Sarah comes in. She interrupts the conversation that Matt was having with Katie when she wasn’t even apart of this group date! This is not something that we ever had to worry about before the show was filmed in a COVID-19-free bubble.

Sarah and Matt discuss (again) her anxieties about seeing Matt date other women after their great connection on their one-on-one. Matt does his best to reassure her that it is a strange experience for him also, but he does have feelings for her.

Katie goes back to the girls to tell them that Sarah came to interrupt her talk and they were not happy to say the least. They encouraged her to go back and get her time back, which she did. Sarah said that she would bring Matt back to her in five minutes to which Katie replied that two minutes would be better. The date continues after Sarah leaves and Rachael gets the date rose. 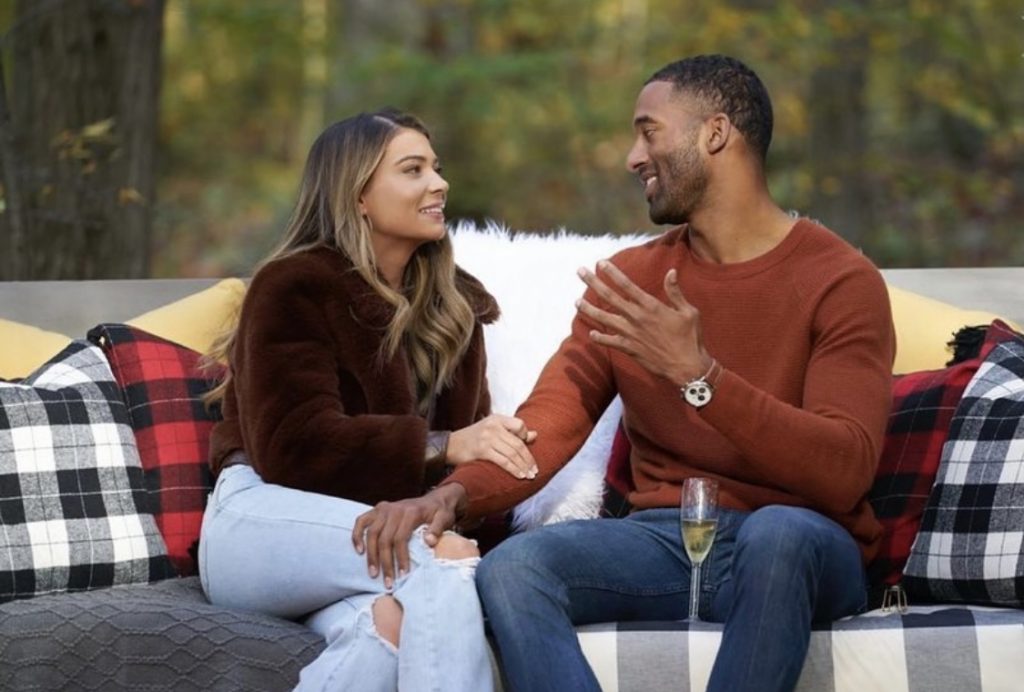 Is Sarah the New Victoria?

I believe that Sarah’s feelings of jealousy  along with the thought of being away from her father looming over her head made being on “The Bachelor” a truly terrible experience for her. Who wouldn’t feel some tinge of jealousy?

This is what you signed up for though… I hate to diminish her feelings, but this seemed like something that could wait. Victoria follows Sarah outside as she’s trying to leave and just wants to tell her that she changed the whole vibe on the group date – which is true! I hate this! Victoria is saying accurate things!! Victoria has done the impossible and made herself likable this episode.

Next, Katie comes out to talk to Sarah. She asks, “Is what you’re going through insecurity? Because we’re all dealing with that.” Exactly. Katie tells her to figure out if she wants to stay or go because she is wasting other women’s time. This seemed like a level-headed response from someone who was angry.

While Matt was on his one on one date, the rest of the women are ready to get their frustrations off their chest. Sarah apologizes and says her timing was bad. She was planning on going home and she just wanted to talk to him. The mistake Sarah makes is she doesn’t just own up to how selfish and inconsiderate her behavior is. All the women are saying, “Just say you wanted the attention!”

The moment that’s a little too harsh is when Victoria and Kit basically tell Sarah that if she stays she will be living in hell with the other women. Everyone gets their say in, and none of it is positive. I see why they are angry, but I would never be able to bring myself to be mean to a woman standing there apologizing and crying in front of me.

A lot of people see the criticisms as the consequences of Sarah’s own actions, but I see no reason ever for a large group of women to gang up on and bully someone like that. 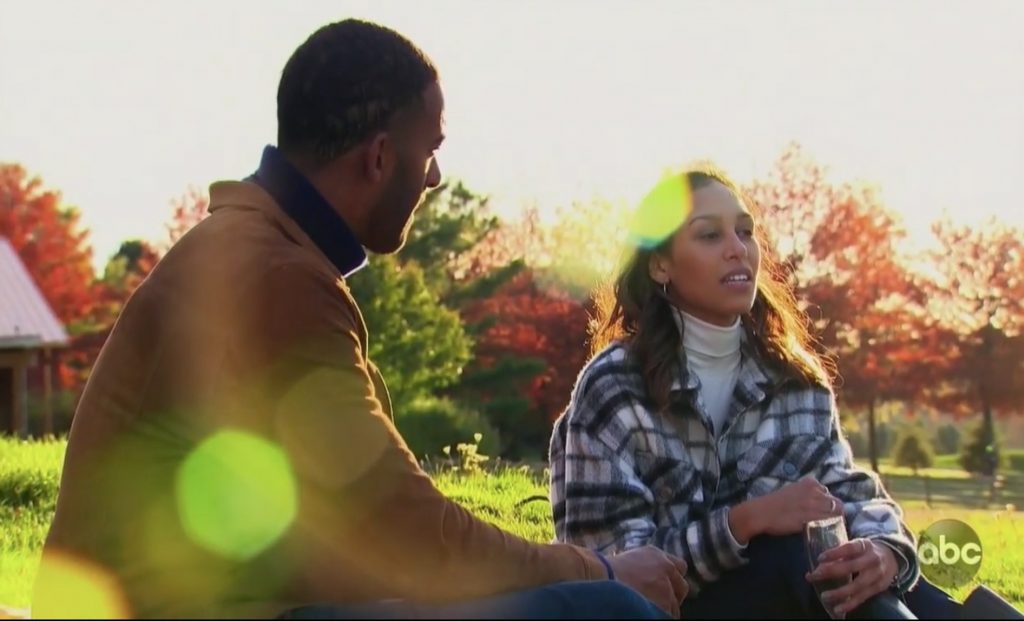 Serena P’s One on One

Time for his date with Serena P. Before the date, Matt noticed that Sarah wasn’t amongst the group of women and went to find her! Serena is gracious and says that she can have a few minutes because she will have the whole day. If anyone should be insecure here it’s Serena P.

On the date, they ride horses  and Matt talks a little more about his romantic history, how he’s never been in love and he’s had to reevaluate what he thinks love is. What caused him to do that? Unclear! His last relationship was about four months long and they broke up when it was time to define the relationship and he couldn’t see himself marrying the person he was dating.

They sit between the beautiful fall foliage and are surrounded by these adorable little donkeys. They make out in a hot tub; this is clearly Matt’s go-to activity. Serena gets a rose at the end of the date, and I definitely now view her as a top runner. At least top 10. 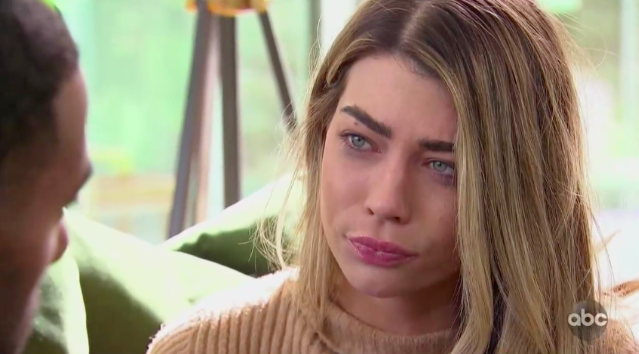 At the end of the episode, Sarah heads over to tell Matt that she will be leaving. She leads with how important her family is, but rounds out the explanation with how cruel the other women are. Of course, Matt is crushed and he tells her how excited he was to spend time with her and get to know her. He says he doesn’t want to lose her. He says she’s going to find someone amazing but he’s just bummed it isn’t him

What do you think about Sarah leaving? Will she be back? Drop a comment below and let us know!

Be sure to check out our latest article on Netflix’s new reality TV series “Bling Empire.”