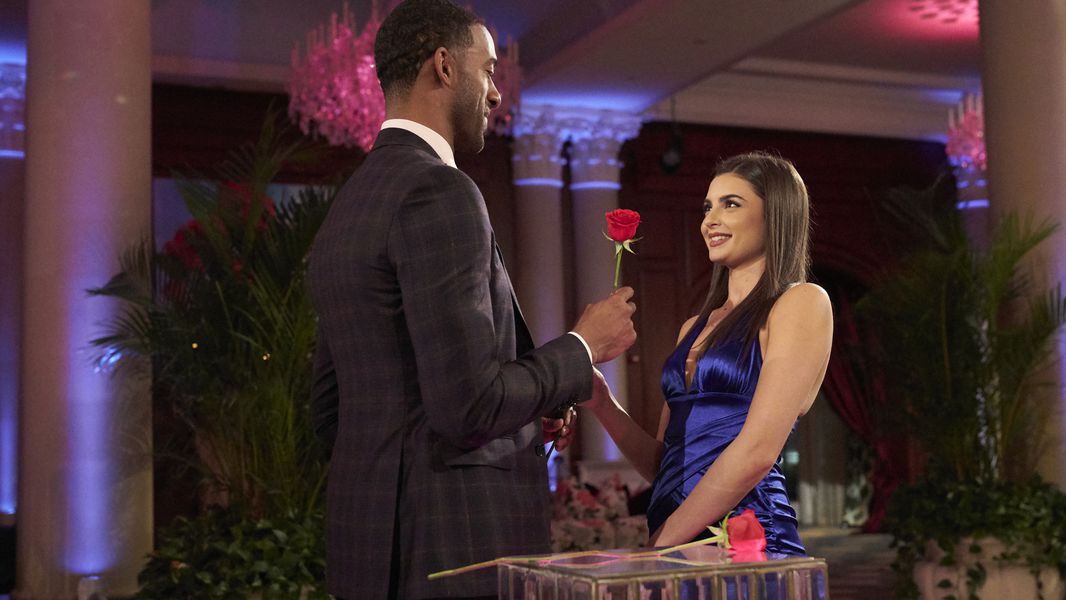 Finally, we have made it to the hometown dates. Amidst all of the drama surrounding Bachelor Nation, we have tuned in to episode 8 to see where Matt James follows his heart.

This week, the contestants will be having their hometown dates at the Nemacolin resort. A lot of the fun that comes with seeing where the women are from is lost. However, the families get a chance to meet Matt and give their opinions. Let’s see what happens! 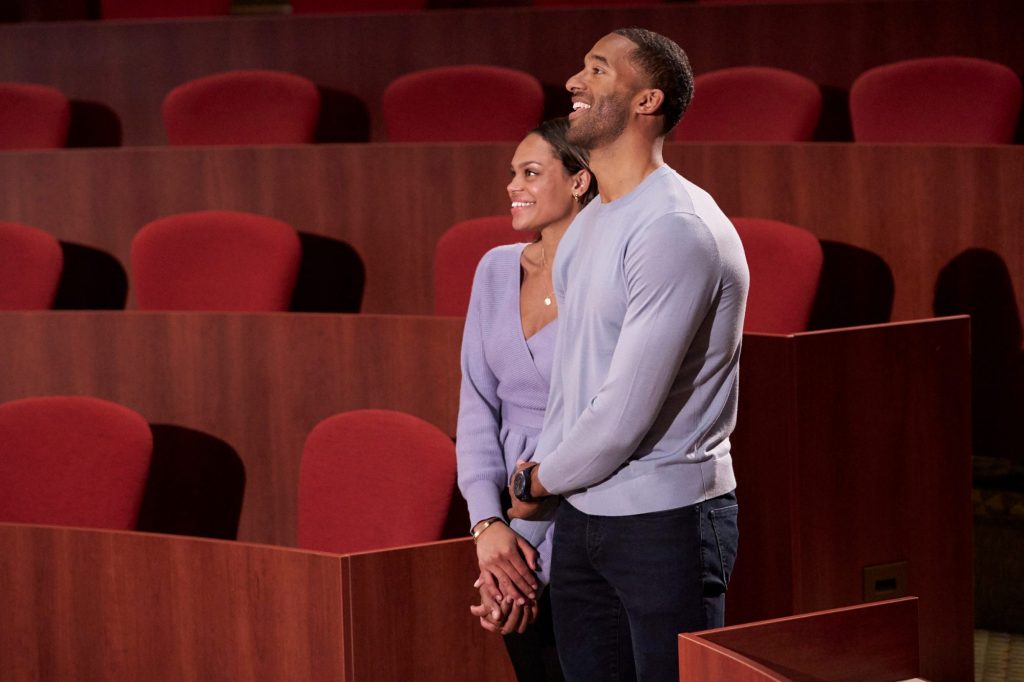 Ever since their first one-on-one, I’ve been rooting for Michelle and Matt. She brings out a very genuine, goofy side of him that we don’t really get to see on the show a lot.

First Michelle introduces Matt to her students via Zoom. This made me emotional. The kids ask Matt more probing questions than he has asked his girlfriends all season. They asked questions like, “What have you learned from Miss Young? how will you inspire her everyday like she inspires us? Are you going to marry her?” Matt promises to call them if he ever proposes.

Her parents are there, and her dad is so adorable. Her mom says do you see your dad in him who will always treat you well and put you first? My heart!! Michelle’s dad then asks what she sees in Matt. She loves that he wants to make a difference and actually takes action. Matt has a charity where he has kids grow their own food. A great reason.

Michelle’s dad asks what Matt sees for their future. He said he would do anything for someone who he loves. If that means moving to Minnesota, then that would be a consideration. 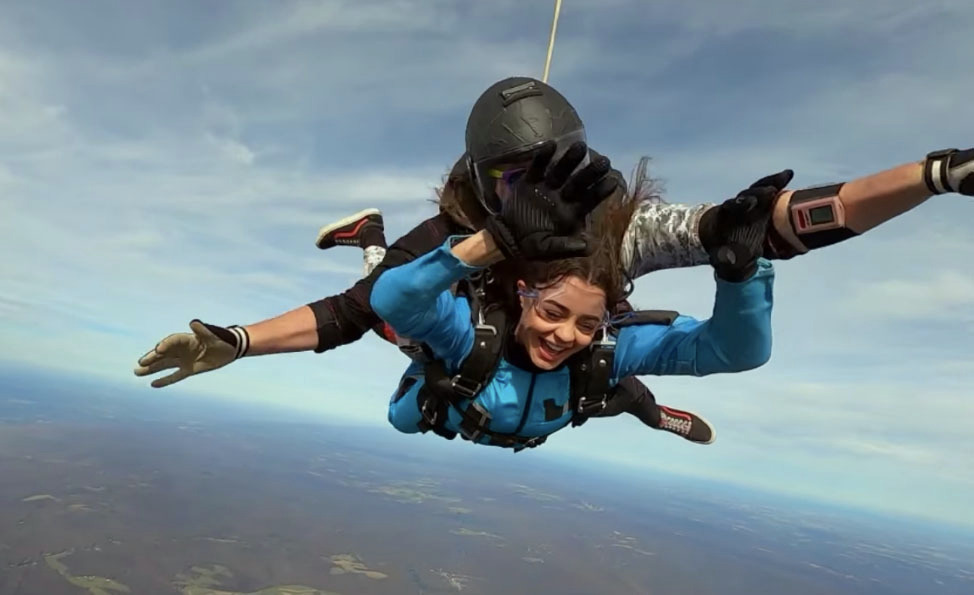 It’s time for Rachael’s hometown date! She has decided that she and Matt can prove their love for each other by jumping out of an airplane. Before they jump, there is dramatic music playing.

What is with this music? It sounds like a horror movie. Racheal tells Matt, “If I die, at least I died with you, Matt.” Promising. They jump and have like a full on conversation midair. Racheal says that she is literally “falling” for matt.

If anyone can look that good while free falling through the air, I hate them. Kidding, kinda. Matt falls gracefully and is super happy. Rachael takes a tougher fall. She literally slammed into the earth!

Seeing her hurt hurt Matt’s heart. He realized how much he cared when there was a chance that she could be gone.

Her dad asks about how soon this is happening. His other concern is that he is seeing three other women. How can he be in love. Matt says when he is with Rachael, that is all that he is thinking about. (seems a little cheaterish to me).

Rachael’s mom, dad, and sister are there. Rachael tells her mom that she has seen no red flags with Matt. This makes sense because they have hardly spent any time together.

Her dad asks about how soon this is all happening. A valid concern. His other concern is that he is seeing three other women. How can he be in love? Matt answers that when he is with Rachael, that is all that he is thinking about. (seems a little like a lie to me).

Matt tells Rachael that he did not ask her dad for his blessing to propose because he wouldn’t want to ask that of four families. Ouch. That would hurt me. Still, I definitely think Rachael wins. 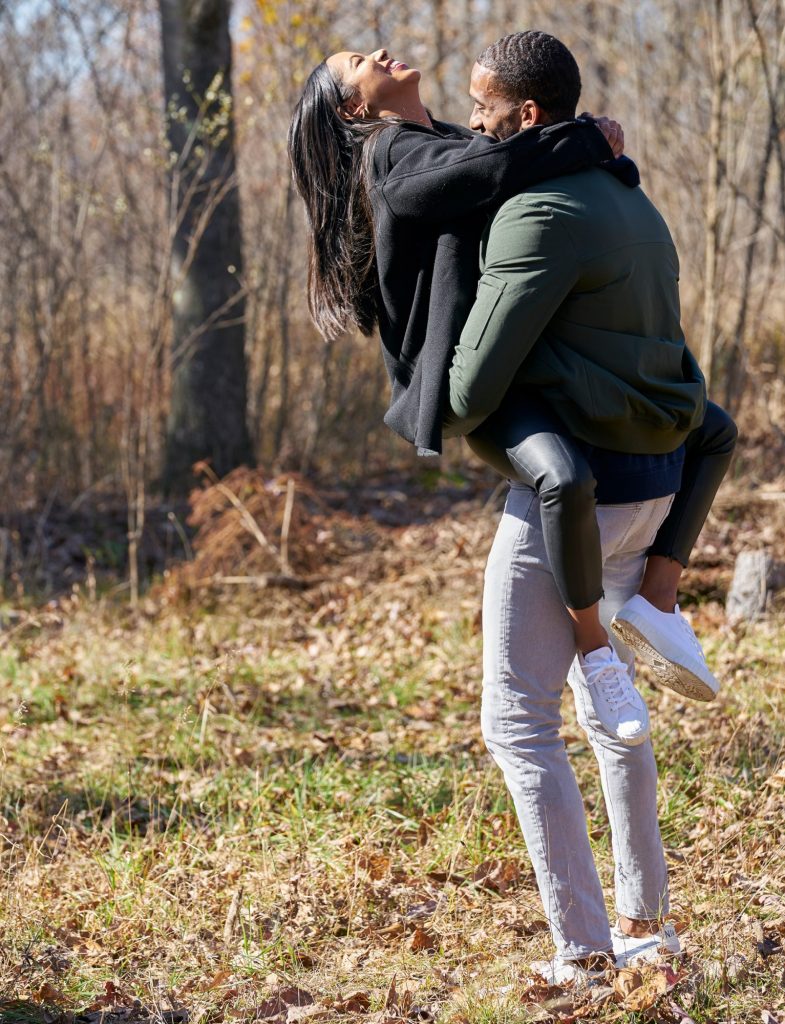 Matt says that he likes Bri because they connect on a lot of levels. They were both raised in a single parent home. He also says that they are in a comfortable place, but they need to push past just that to the next level.

Bri was his first one-on-one and their relationship has just been comfortable since then without really progressing.

For her hometown, Bri is paying him back for the time that she almost killed him. They are going off roading because she used to do that a lot in her youth. Where did Bri go offroading in San Francisco? Just wondering.

Bri’s mom tells her to make a commitment to herself to be honest and vulnerable. She is scared of the possibility that she can open up and end up being sent home, so she decides that she needs to open up.

Then, Bri tells Matt that she is falling in love with him. He says, “thank you for sharing that with me tonight.” Hmm wonder how he feels about her. 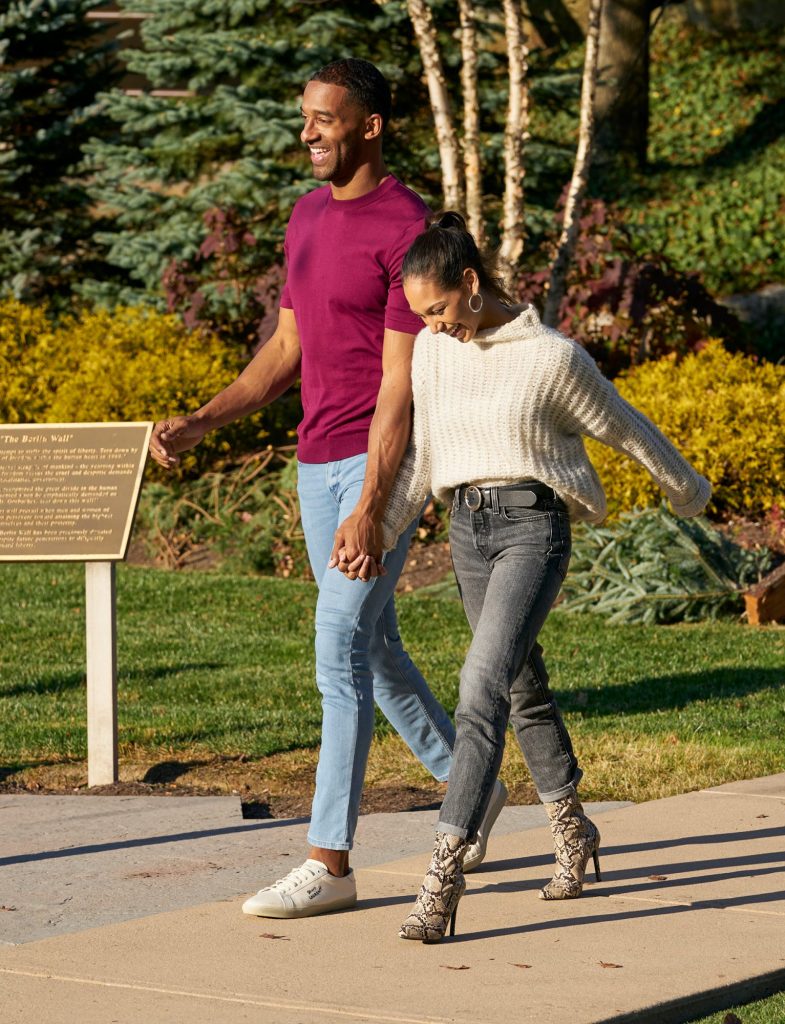 Serena is from Canada. Their date is to learn about Canadian customs. The two have a lot of fun joking and playing with each other.

Serena’s mother sits down with Matt to ask, “why Serena?” Matt says that she is beautiful, smart, and doesn’t take crap from anyone. Like most parents, she is worried about the fact that he is at the same point with three other women.

Serena’s sister tells her that she does not think that she seems as though she is very smitten with Matt.

After talking to her family, Serena realizes that she has some doubts in her mind. She was so sure about her relationship only to be wrong.

Serena is not ready for an engagement at the end of this. She has doubts, fears, and is confused.

Chris asks Matt how he feels right now. He is worried that he can’t tell where Serena P. is at in their relationship. According to Matt, he has given her all of the validation that he can, but she is not reciprocating.

Chris tells Matt that he must get to the bottom of the situation before it is too late.

Matt goes to talk to Serena to figure out what is going on with her. Serena tells Matt about her doubts. She first realized this when she talked to her mom. When it was time for her to talk about her feelings, she struggled to get to the bottom of her emotions. Being honest with herself, Serena tells Matt that she doesn’t think that Matt is her person.

I’ve seen some Bachelor breakups, but this one really was one of the few times that the contestant seemed to not like the bachelor! Now Matt knows firsthand how the women he has sent home felt.

Despite only having three women left, there is still a rose ceremony. The remaining women find themselves confused about Serena’s whereabouts.

Matt went into the ceremony afraid that the other women might feel the way that Taylor did. He addresses Rachael, Michelle, and Bri, telling them not to accept the rose if he is not completely sure that they want to have a future with them.

Michelle gets the first rose followed by Rachael then Bri. Bri is a little disappointed that she got the final rose. Only two more weeks until Matt James will potentially propose to one of these women.

Next week is the women tell all! Can’t wait for Victoria to reappear.

Who do you think Matt James will choose? Drop a comment below and let us know!

Be sure to check out our latest article on Chris D’Elia speaking about sexual misconduct allegations!