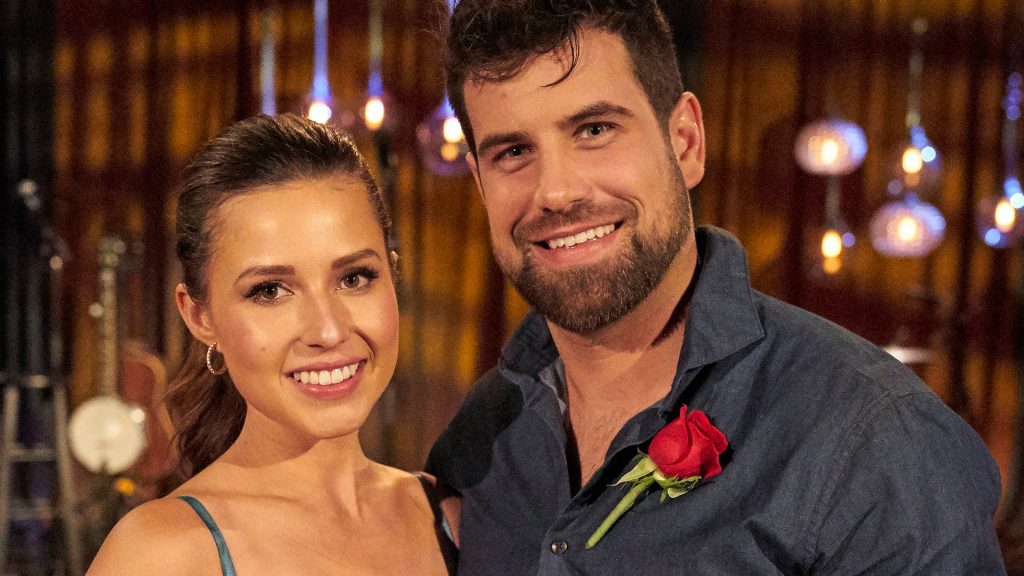 On last night’s episode of ‘The Bachelorette, ’ Katie deals with high tensions again. Between the Bach Ball game and whatever competition is going on in Hunter’s head, there was a lot of aggression between the men. So if you thought Blake M. would be in the mix of angry men, you’re wrong. 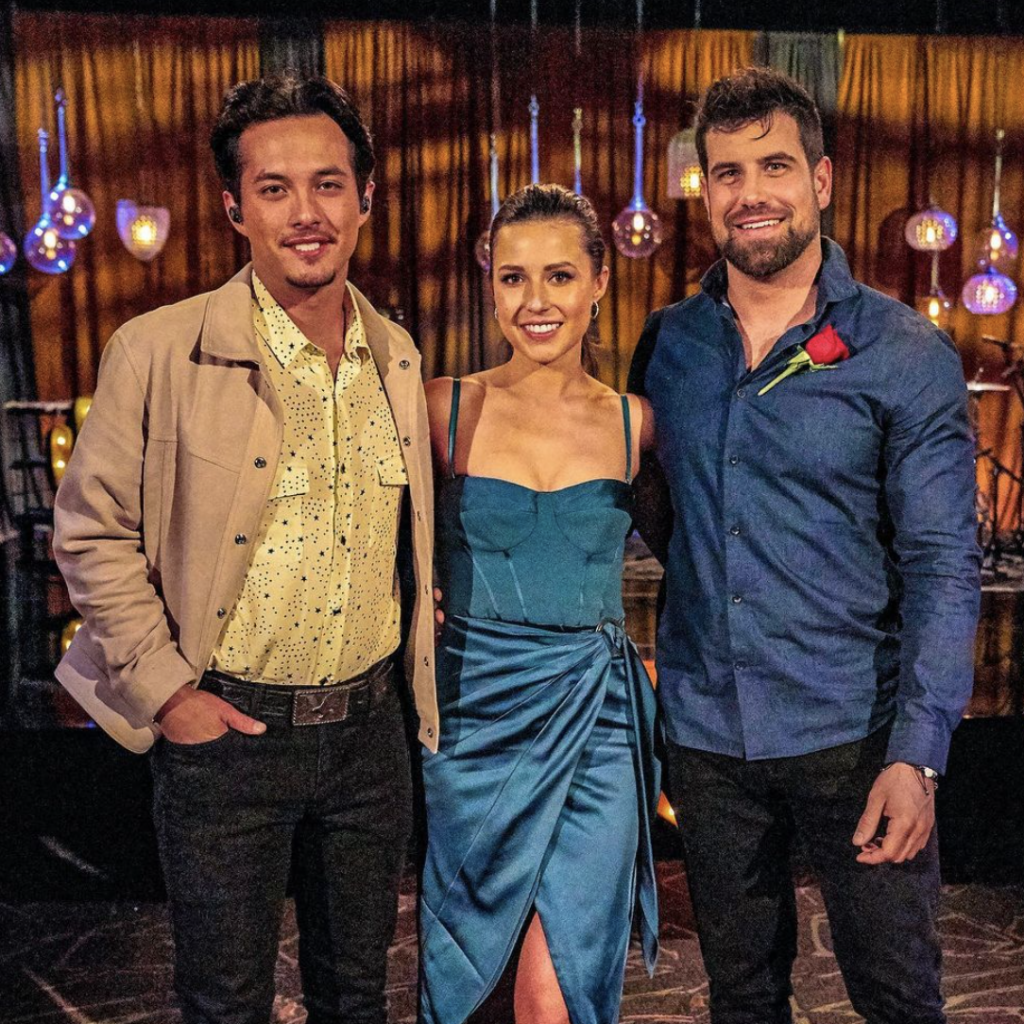 The episode started with Tayshia Adams introducing Blake M. to everyone. She speaks about how she knows Blake, but doesn’t specifically say that it’s her season of ‘Bachelorette.’ Tayshia also is smart to include that  Blake M. “has good intentions.”

Since the men are very good at catching bad intentions, Tayshia probably thought the men would lay off Blake M. just a little. Once Tayshia leaves, Blake M. enters. He looks rather tense and anxious, but addresses the men and explains his reason for coming onto Katie’s season.

Then, a date card comes, and all the men are anticipating their names being on the card because surely Blake M.’s name won’t be on there since he just got here. Well, they were wrong because Blake M. secured a one-on-one date with Katie. The date card read, “let’s make up for lost time, love Katie.”

Katie decided on a horseback riding date. Little did she know that Blake M. is, or maybe now, was, scared of horses. During the date, Blake M. asked if Katie travels much. He then proceeds to tell her that he travels to Africa for his work in wildlife advocacy. We love a man who cares about wildlife! Anyway, Katie agreed and said, “I like that you can do your own thing.” This is a good sign since it’s only their first date. We can see Katie is thinking into the future of having some alone time in their potential future home.

Now, onto dinner. Blake M. proceeds to ask Katie a deep question. I love that he is jumping right into not only the fun parts about Katie, but also the deep serious things that need to be talked about. It shows that he is not just there the fun and happy parts; he wants to be there for all of it.

He asks her how she has become such a “sex-positive” woman. Katie was slightly hesitant to answer, but she told him the story that she told the other men on their group date a few episodes earlier. The nonconsensual sexual experience is hard for anyone, but Katie speaks about it in a way that is empowering because of how brave she is. Blake M. picked up on her bravery because, of course, who wouldn’t and expressed to her that he will always be mindful of that topic? At the end of dinner, Blake M. got a rose and a romantic live performance where he and Katie danced the night away. 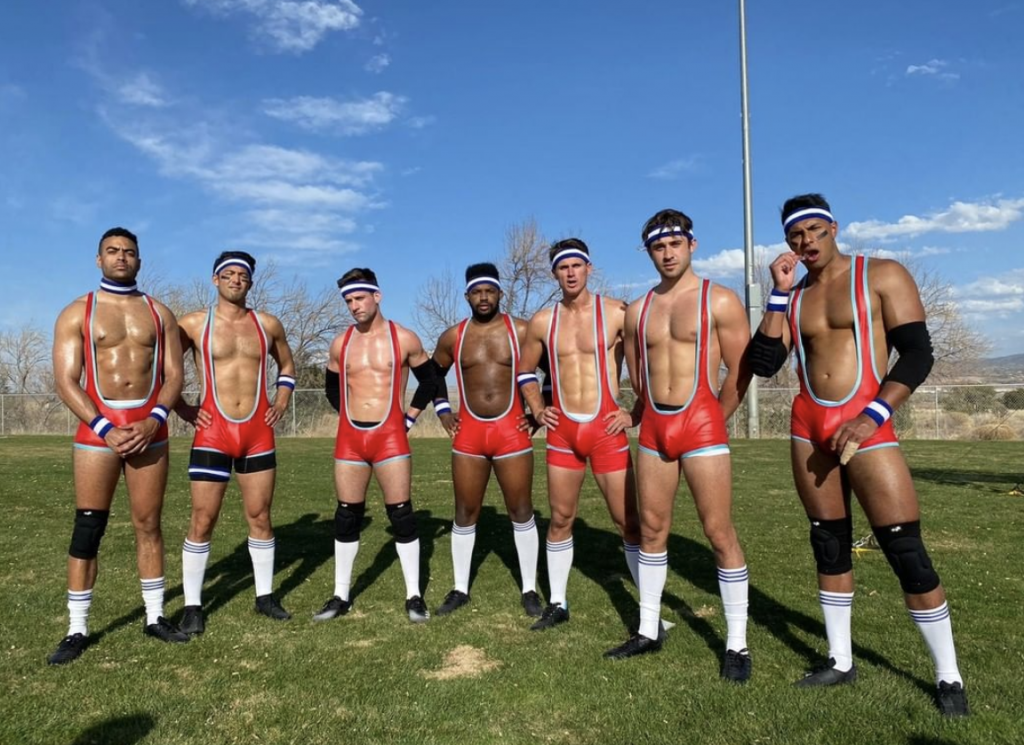 On this week of who don’t the men like, we have our lovely contestant Hunter stepping up. This week’s group date once again was dangerous and sports-themed. I don’t get how they think making men compete for a woman AND play a sports game is a smart idea. Someone is bound to get hurt, and it’s usually the sweetest one.

Bach Ball was the game for this week, and although the men were in wrestling uniforms (I loved seeing all the abs and dad bods, too), they also had a cut hole where their butt is with hearts on each cheek.

The men, as usual, were competing for time with Katie because the losing team had to go home. Bach Ball is when “rugby meets basketball.” Hunter comes out the gate with aggression for the whole team. Although they did tackle drills before the game started, most would think they wouldn’t be out for blood. Hunter was making very aggressive tackles from the start of the game, and of course, all the men fed off the energy he was giving off. They all blamed him for the aggressive tone  going forward.

Michael gets tackled from the back really hard by Justin. His head whipped back and forth, and I was shocked he didn’t get more injured. Katie immediately ran over when she saw, and so did the medic team. Katie called off the game once she made sure Michael was ok and said the black team won, but no one has to go home.

That evening Katie chatted with Michael and was even sweet enough to bring him an ice pack. They spoke about how it was Michael’s late wife’s birthday yesterday. He also ended up opening up to the group that he is widowed and talked about his late wife’s birthday to them as well. Katie and Michael also spoke about how hard it is for him to be away from his son but that it was worth staying. Katie then got sang to by Connor and his ukulele and also by his very unbuttoned shirt. Katie did end up crying at the end of the song, which ended up shocking him.

Aaron once again “can’t stand” someone else. This week it’s Hunter, understandably so. Hunter had an aggressive and way too competitive side to him this week. Hunter showed his competitive side before but never to this level. To me, it almost seems like Katie is a trophy he is trying to win. I understand that when a guy loves a girl, he will do anything for her, but this is a little creepy.

Hunter did talk to Katie during the after-Bach Ball party. He showed her pictures of his kids, and she was very moved at how sweet he is with them. He says he takes introducing his kids to a woman very seriously. Him showing pictures of them to Katie is a big step. Hunter ends up getting the rose at the end of the night.

Katie also talked to Greg. She said that he has a “resting sad face” and “permanently looks like a little lost puppy.” However, Greg confessed to liking Katie a lot, and he was crazy for her. This resulted in Katie giving him a lot of reassurance. 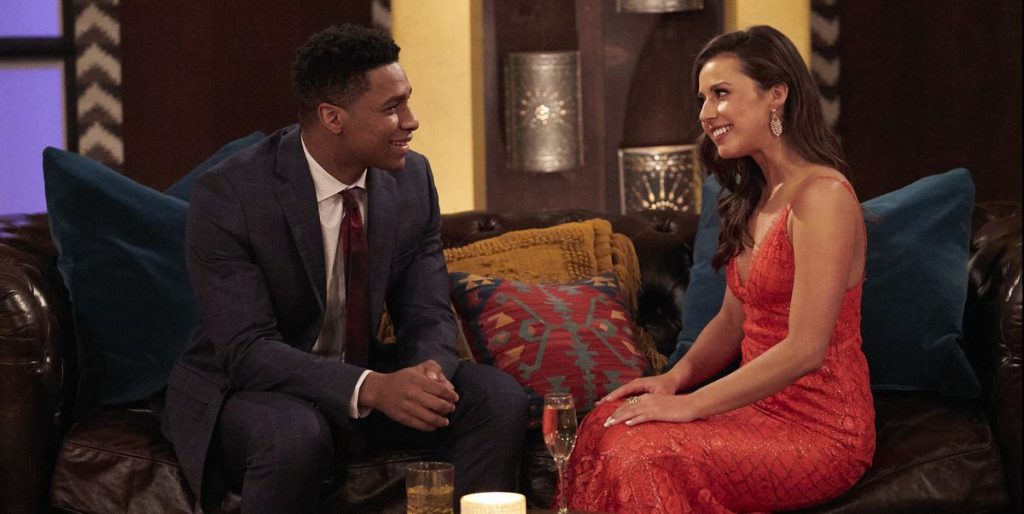 Andrew S. and Katie Light Up the Night

Andrew S. gets a one-on-one date, and boy was it cute (yes, there is another Andrew on the show that we never hear from). Katie had on a sexy full leather outfit carrying lanterns. She leads Andrew S. into the dark woods, and when they stop, Katie plugs in an extension cord. All of a sudden, the dark woods turned into string lights with a bunch of envelopes hanging from tree branches. How romantic.

Each envelope asks them a question or tells them something to do. This date consisted of a lot of questions and answers but the spark she and Andrew S. have made the night electric. They also had an area full of balloons with lights in them and questions on the front. They didn’t read the balloons. Instead, they threw them at each other and kissed in front of them to create really cute silhouette pictures of them kissing, if you ask me.

The two continued onto the lengthy dinner conversation, and they bonded over their similar parental situations. They also spoke about how they want to be different from their parents and think of marriage as a forever thing. Andrew S. also opened up about how his ex, who was white, told him that she was scared of having interracial children since her kids wouldn’t look like her. Katie said that although she is naïve as a white woman, she will never “give a fuck when people want to look” at her. She said no one would come between her and their children. It is nice to see that she and Andrew S. are on the same page, and I’m sure he would agree. Andrew S., of course, gets a rose at the end of this date.

The One Where Hunter Gets Cocky

Once again, Hunter has to be the center of the conversation. Even though he already has a rose, he decides to take up the time of men who don’t have a rose or have gotten limited time with Katie the whole week.

Hunter takes Katie away and had a telescope and a blanket all laid out, which would obviously take more than just a few minutes. James saw this and got the angriest I’ve ever seen him on the show. He interrupted Hunter’s conversation with Katie, but initially, Hunter said they just started talking, and he needed more time.

Continuing his aggression in the interviews, Hunter tells producers that he doesn’t care what the other guys think; he’s just here competing for Katie. The way he talks about her, still this whole episode freaks me out. I get that they are on a show competing for her love, but she is still a woman with feelings. I don’t think their relationship is as advanced as Hunter thinks it is, but time will tell. 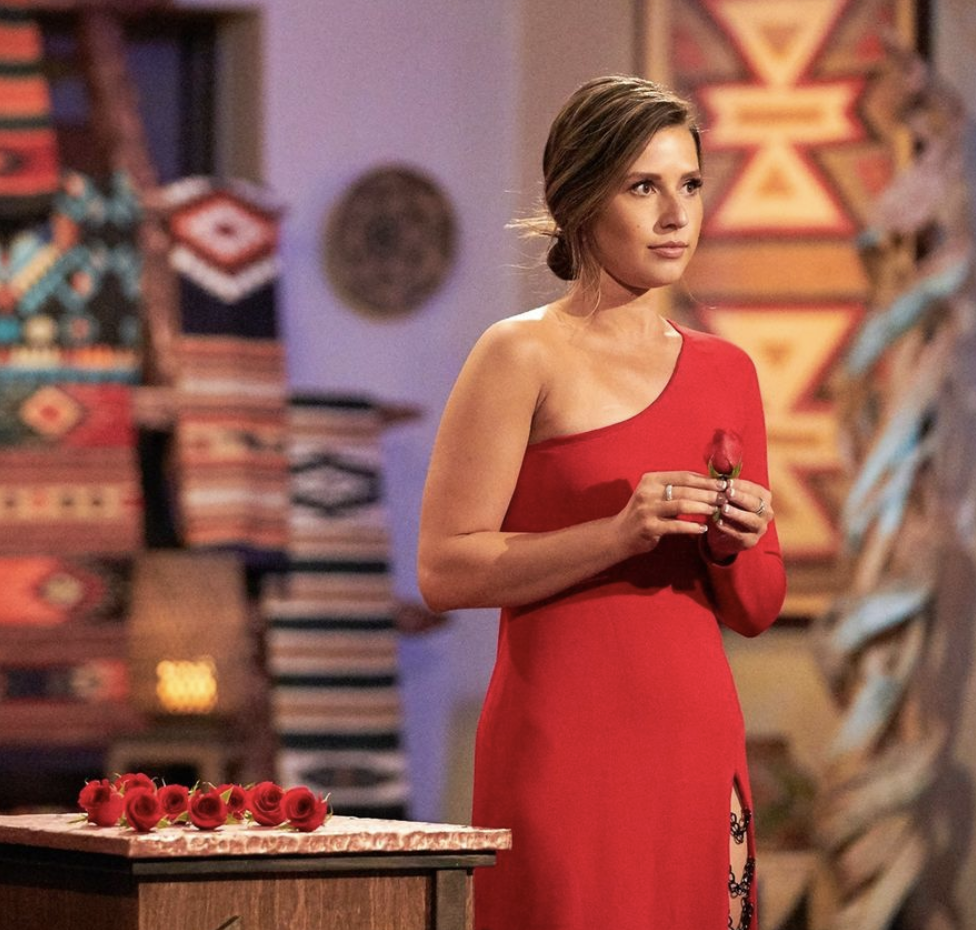 We finally made it to the rose ceremony part of the night. Although all night was tense, we pretty much knew which men were going to stay and who would have to go. Blake M., Andrew S., and Hunter all had roses already. Greg, Aaron, Michael, Connor, James, Justin, Mike P., Brendan, and Tre got the remaining roses. The ones that got sent home were Quartney, Josh, and the other, Andrew.

The night ended with less tension, but the preview for next week’s episode has us all wondering if there will even be a rest of the season. I guess we’ll just have to watch next week to find out.

What did you think of this week’s episode? Drop a comment below and let us know!

Be sure to check out our latest article Eight S’mores Recipes You Never Thought To Try!