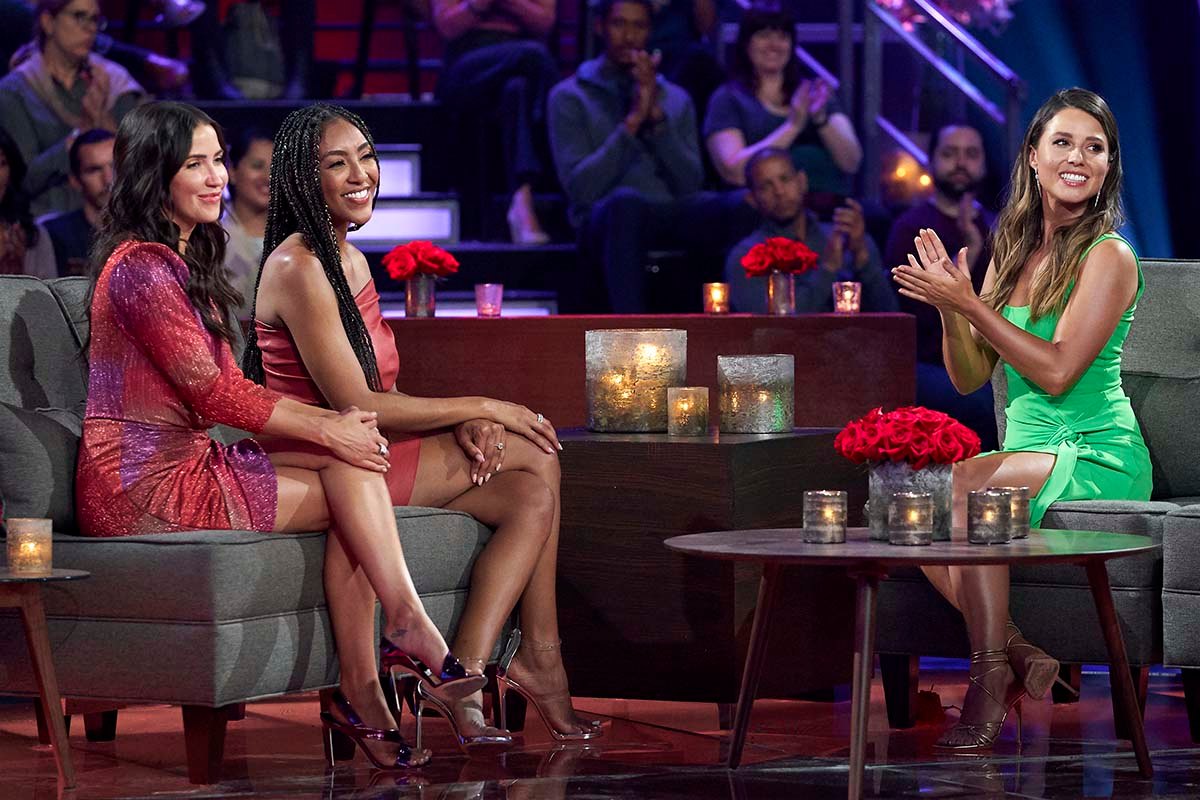 27 Jul ‘The Bachelorette: Men Tell All Recap’ – A Surprising Exit

Despite the emotions that we endured with Andrew last week, another man has said goodbye to Katie during the “Men Tell All” episode of “The Bachelorette.”

I thought hometowns were going to be shown in this weeks episode, but that never happened. Instead, before the men tell all part of the night they showed what occurred before hometowns. Michael who is a widowed and a single dad was I’d say one of Katie’s top contenders. As we’ve noticed, he’s been sad about being away from his son.

A FaceTime call made him abruptly decide he needed to go be with his son. Michael’s son said “maybe daddy left because he don’t want to see me.” This statement would crush any parent’s soul. Michael immediately went to Katie’s room and discussed him leaving. “I’m not leaving because of us. I’m leaving because my son needs his dad,” Michael told Katie.

Katie explained that she understood, but was upset because she saw them going to the end. She was obviously heart broken, but she understood why Michael had to leave.

The “Men Tell All” portion of the show was in my opinion one of the best ones I’ve seen on “Bachelor” or “Bachelorette.” It was funny, emotional, and hectic all at the same time.

For the first time since the pandemic started they had a live studio audience and it as hosted by Tayshia Adams and Kaitlyn Bristowe. Most of the men were there except for Thomas who was there virtually. The villains of this season, Cody Mens, Karl Smith, Hunter Montgomery, had their chance to speak. Aaron ended up confronting Cody once again about things he had posted on social media before they began filming for the show.

Karl also claimed that when he spoke about some of the guys being there for the wrong reasons was really just about Thomas. None of the men believed him and even Tre said that he always was saying men not one guy or man. It was always implied to be plural, more than just one guy. Karl also got into Brendans face by standing up in the heat of the moment. Tre tried to stand up between them to break the tension but what diffused the situation was a commercial break.

Hunter also apologized for “some dishonesty” but still stood by the fact that he was truthful when speaking about how he was falling in love with Katie. He also stated that the “environment makes people do crazy things.” Connor who was his roommate during filming backed him up by saying his feelings about Katie were true and he was a good guy.

Three men were on the hot seat, Connor, Andrew, and Michael. Connor was first and as we all know he was sent home because there was no spark in Katie and his makeup moments. He laughed and admitted to texting some people he has kissed in the past and asked if he was a bad kisser. All of a sudden an audience member interrupts the interview and says “I know that you can’t be a badd kisser.” She then comes on stage while the other men are cheering them on as they make out, quite a few times might I add.

Andrew was next and just spoke about his time on the show and he’s a “hopeless romantic.” Michael still had the same emotions that he had when he left the show. It shows that he really does care about Katie. He admitted that he did really leave because of his son and it felt selfish and was a “constant juggling act” of being a single parent. He wanted to find love, but thanks Katie for teaching him so much and showing him that he truly can love again. He also said that he still had feelings for Katie. He would also try again if she was interested, but when Katies joined the stage later she said that she still cares for him, but has “moved on.”

Katie quickly spoke to Thomas during the remainder of her time on stage where he asked for clarity and apologized to Katie. Funny side note: Katie called Aaron, Thomas by mistake. Luckily Aaron laughed and was a good sport about it.

Next week will actually be hometowns with Greg, Blake, and Justin. Let’s see what drama will occur because from the preview. A lot is going to unravel.

Who do you think will be meeting Katie’s parents? Drop a comment below and let us know!

Be sure to check out our latest article Fans Angry With Flo Milli Over Picture With Travis Scott!