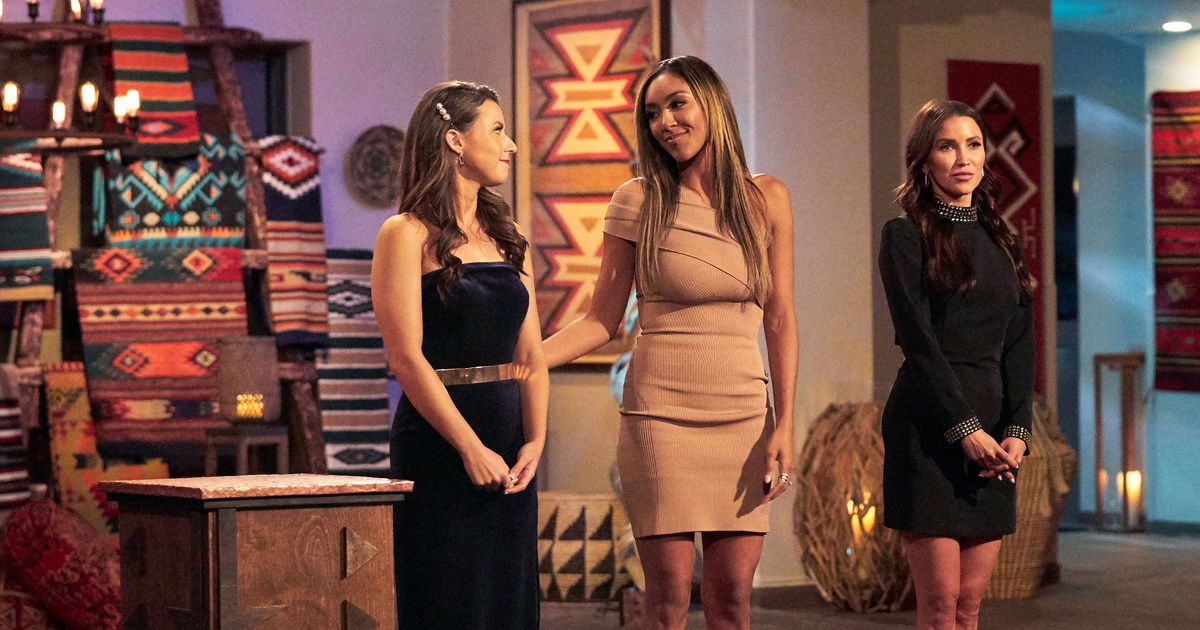 13 Jul The Bachelorette Recap: A Challenging Week for Katie

This week’s episode kicked off with some cute girl talk. Tayshia Adams, Kaitlyn Bristowe and Katie all sat down to talk about a challenge Katie wanted the men to do. Now this wasn’t just any simple challenge I guess you could say which is why they called it the “W.O.W.O” challenge. It stands for a week off wacking off so just from that you can assume what the challenge will be.

Kaitlyn told the men just what this challenge is. Mike P. made a very funny comment that he’s got this challenge in the bag because he’s been doing this his whole life.  This was the kickoff to a sexual innuendo filled episode.

A Glimpse Into the Future

Justin Glaze received the first one-on-one date this week. Katie has been getting more serious with these relationships and showed that during the one-on-one date which was a fake wedding. The two dressed up in traditional wedding attire; Katie in a white wedding dress and vail, and Justin in a suit. Katie walked down the aisle to Justin holding back tears at the sight of her. The two exchanged vows and even got some cute pictures at the alter together.

Katie did begin to talk about how this date in particular was very hard for her. Since her dad has passed away Katie gets emotional about weddings and her future husband not being able to ask for permission from her dad as well as her dad not being able to walk her down the aisle. Justin was very receptive and understanding of what Katie was dealing with emotionally. She also revealed that the man she considered as her father wasn’t her biological father. Now since her late father’s death her biological father has been trying to enter her life. She did end the one-on-one date saying that is it a struggle for her to establish a relationship with her biological father. Justin the received the rose and the two ended the night by bonding over her honesty and a private concert.

Getting Roasted is a Drag

The group date this week was hosted by two queens, drag queens that is. Former “RuPaul’s Drag Race” contestants Monét X Change and Shea Coulée were running the stage during this group date.

The goal of the group date was to learn how to throw shade, but it ended in the men figuring out ways to roast Hunter. The queens went around asking questions and provoking the men and the men came forward once again saying Hunter is lying and manipulative. They also went as far as to call him the “Bachelor Historian” of the house because of how calculating he has been with Katie. They told Katie during the roast that Hunter had a “Top Four” men Katie could end up with (He claimed that the men were himself, Greg, Connor, and another.) Hunter decided to act like an adult and not roast the men back and instead use the time he had to speak to win over Katie and express why he is the best for her.

In the evening portion of the date Tré, James, and Aaron used their one-on-one conversation to express how they felt about Hunter. Although Katie had beautiful moments with Andrew and Greg, Katie ended up feeling sick over the whole Hunter situation (quite literally). She ran off scene and became sick and when she came back, she canceled the rest of the cocktail party and did not give out a rose.

Staying in the Friend Zone

The final one-on-one date was for Connor. Katie said that something is missing whenever she kisses him and wanted to use this one-on-one date to give him one last chance to see if the spark is there. Katie also expressed that they were more friends and she wanted him to be more than that. Kaitlyn explained that her and her fiancé started as friends then it turned into a romance so from that Katie gained some hope.

The date consisted of a double date with Kaitlyn her fiancé, Katie and Connor. After a day of fun and even bbq food Katie and Connor had their one last chance to find a spark and Katie didn’t feel it. Katie went to his room before the evening portion of the date and made I’m aware that it was the spark in the kiss that was missing and that he had to go home. It was an emotional goodbye, but Connor handled it very well and told her he understood.  He went to say goodbye to the guys and that was the last we saw of him.

Blake to the Rescue

Once again Blake is the most romantic. After Connor went by the house the say goodbye to all the men Blake knew how hard this must be for Katie. He went to Katies window and played the song that they danced to on their first one-on-one date, “Say Anything”. Katie heard the song and came out to her balcony (this reminded me so much of a scene you see in the movies). If Blacke came there with the intentions to make Katie feel better, he did just that.

Katie instantly was seen with a huge smile on her face and just happy to see him. She showed her appreciation for the gesture by making out with him passionately in the hallway. The two then joked and discussed how difficult Katies W.O.W.O challenge has been for sex positive Blake. Katie then left him by reiterating how his romantic appearance was a “great surprise” before the two parted ways.

After Katie sent Connor home and experienced Blake’s genuine gesture, she was sure of who she wanted to stay and who needed to go. Once again, our girl Katie decided enough was enough with the drama. She told the men she wanted to focus on finding a husband and wanted to move on from the drama of the house. She also stated that no interactions during the cocktail party would sway any of her decisions.

She started off the rose ceremony by picking up a rose and saying “Hunter” which made me so angry but once again Katie pulled through and asked to speak to him separately. She confronted him about the accusations from the other men before she allowed him to enter the ceremony again. She made him stand through the entire ceremony waiting to see if she would call her name. Ultimately Katie sent home all who were involved with Hunter’s drama. This included Aaron, James, and Tré, as well as Hunter himself. That left Blake, Greg, Michael, Mike P., Brendan, Andrew, and Justin with roses.

Who are your favorite contestants? Drop a comment below and let us know!

Be sure to check out our latest article Cardi B and Offset Celebrate Daughter Kulture’s 3rd Birthday!