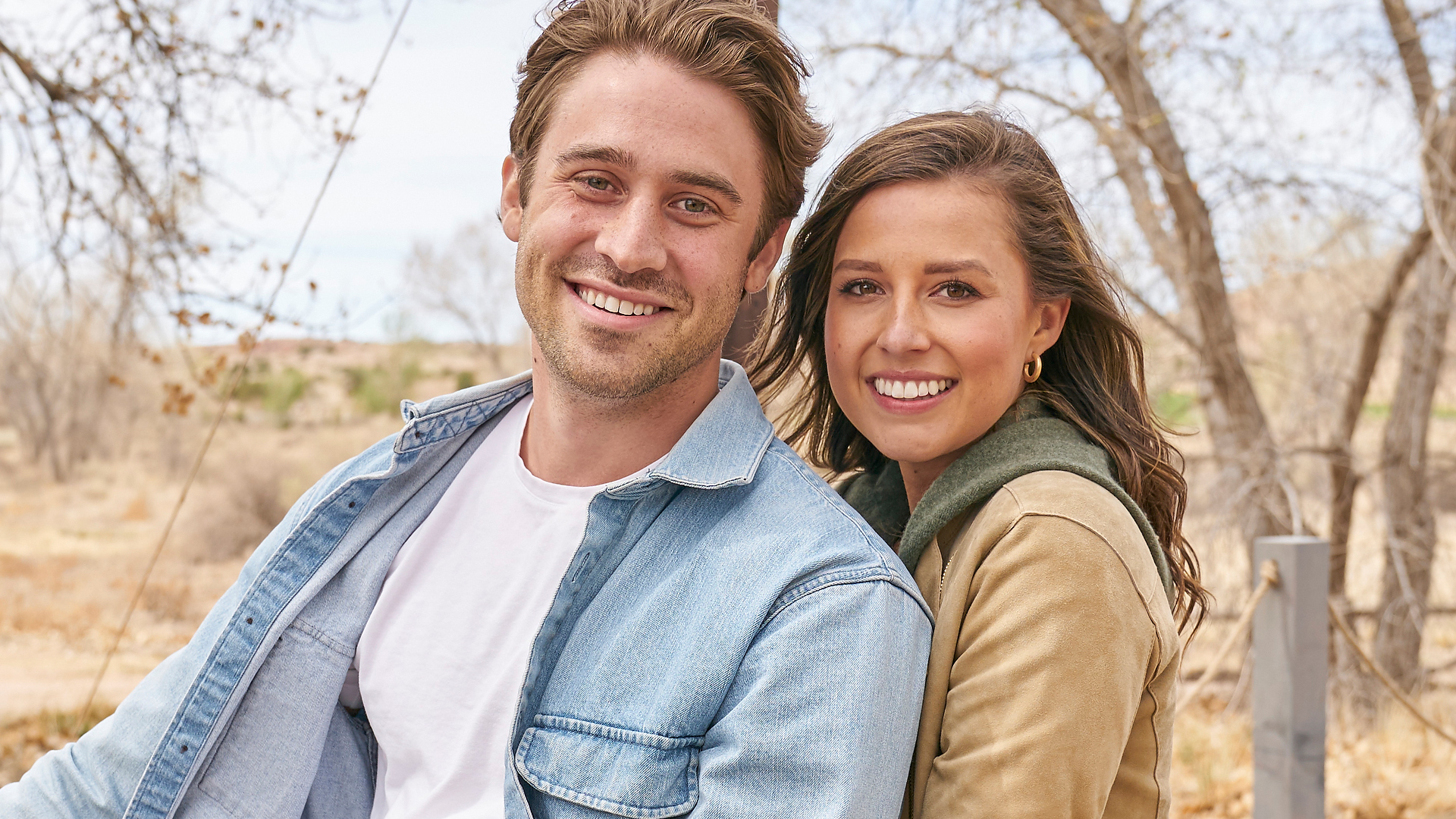 This week on “The Bachelorette” Katie and her top three men went to hometowns, kind of. Katie was able to find some clarity with her relationships, but tensions rose with frontrunner Greg.

The first hometown went to Blake Moynes. He gave Katie a taste of what his hometown in Canada is like. Then, she met Blake’s his family. Despite being in the middle of a desert, he introduced her to hockey, mechanical moose riding, a game of darts, and of course maple syrup. Blake was super confident and happy the entire date.

During the date, Greg went out onto a balcony while Blake and Katie were playing hockey and got a glimpse of them together. Most of the time the men don’t see Katie on dates with the other men, so this was very hard for Greg to see. It caused him to feel insecure and become unsettled.

Greg told producers, “I’m sick to my stomach. I understand that she’s gonna catch feeling for other guys. But it’s hard to face those facts. And seeing Blake – she looks so happy. It scared me.”

Katie’s next hometown date was with Justin. He started it off with a big tourist sign that said “Welcome to Baltimore.” The two were able to take pictures there. Then, all of a sudden a horse drawn carriage showed up. The two hopped on and Justin “showed” her around Baltimore that way.

Before the date, Justin was on a phone call with his parents. They were saying that they couldn’t come, but they trusted any decision he would make. He tried to tell them the importance of them being there since meeting the family is very important for Katie, but he wasn’t able to get through to them. Justin’s best friends did show up for him. They asked really good questions. Justin’s friends approved of Katie. Justin ended the night by telling Katie that he is falling in love with her.

Since Greg is from New Jersey, he wanted to show Katie what life was living near the shore. He started it off with a boardwalk and a tandem bike ride. He then took Katie to get Italian ice and surfing on an infallible surf board. Greg then was so sweet and knew how special Katie’s dad was to her and remembered that during their first date Katie shared that her love of the outdoors was from the time she spent with her dad.

They then played basketball. Greg expressed that basketball was a huge part of his life with his dad. They connected over the mutual loss of their fathers once again.

Later in the date, Greg recreated another one of their dates; kissing in the rain. Greg turned on the sprinklers above the two and they passionately kissed once again.

When it All Began to Change

Katie was able to meet Greg’s mother, brother, and best friend later into the night. Greg’s two sisters sent in videos that contained footage of Greg’s nieces and nephews. His family also explained to Katie that they haven’t seen Greg this happy since his dad passed away. When Greg was talking to his family he kept telling them, “It’s gonna be me and her.” He also divulged that he and Katie had talked about logistics of moving and life after the show would end.

Katie also confided to his mom that he’s a “frontrunner” and “will be here next week.” She ended up telling Greg that while Greg was opening his heart to her and being extremely venerable. When Greg and Katie continued to speak, he reiterated his feelings to her and kept saying that he is “just so happy.” Katie kept looking down or staring at him blankly (nothing we have seen before when the two are together).

Even Greg caught on. Katie was acting a little off after he poured his heart out to her, even saying that he was in love with her. His responses to her were met with less enthusiasm from Katie, and even some awkward silence moments. His body language began changing more and Katie even noticed and requested him to “just hang in there.”

Tensions begin to run high as Greg ends the date with Katie. Later that day, he goes to her hotel room where their relationship begins to crumble. Greg is struggling with the fact that Katie hasn’t made her decision. “I just don’t understand how you don’t know at this point. I really don’t,” he said. He also said that he is “losing his shit.” Greg told Katie that he felt like when he was talking to her the night of their date he wasn’t actually talking to her; he felt as thought there was a disconnect. Katie’s response to him lacked emotion.

Greg kept saying to her “It was never about a rose to me.” He continued to feel a disconnect as he was telling his family that Katie is “the one” yet she continues to talk about how he’s a frontrunner, getting a rose, and will be there next week. Greg said it breaks his heart to leave because he loves her so much, but that he is just not happy anymore. Katie then says that she is done as well and begs producers to book her a flight home.

Personally, what I don’t understand is if Katie wanted it to end with Greg and he threatened to leave, then why didn’t she do what Clare did in season 16 and end the show early? If Greg leaves because Katie isn’t giving him what he wants and Katie is going to leave because of Greg, why not end the show an episode early where they pick each other?

Who knows what will happen next week on ‘The Bachelorette’, but it will be 3 hours of intense drama. Come back here next week for a recap on the finale episode of the Bachelorette.

Do you think Greg will come back, or will Katie pick Blake or Justin? Comment below what you think!