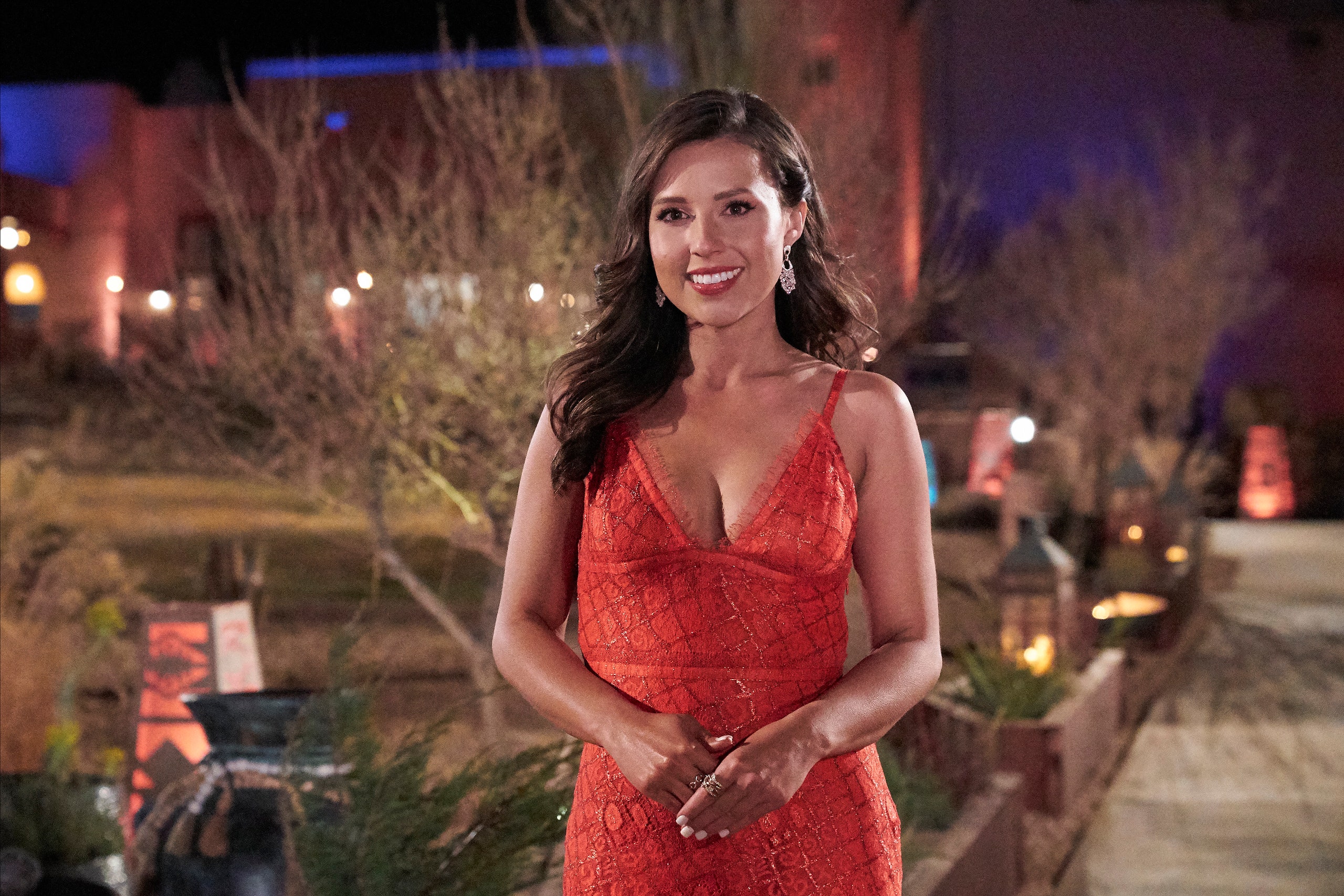 “The Bachelorette” is back with some familiar faces! Chris Harrison will not be hosting this season after facing some controversy. This season, past bachelorettes Tayshia Adams and Kaitlyn Bristowe will be taking Harrison’s place. 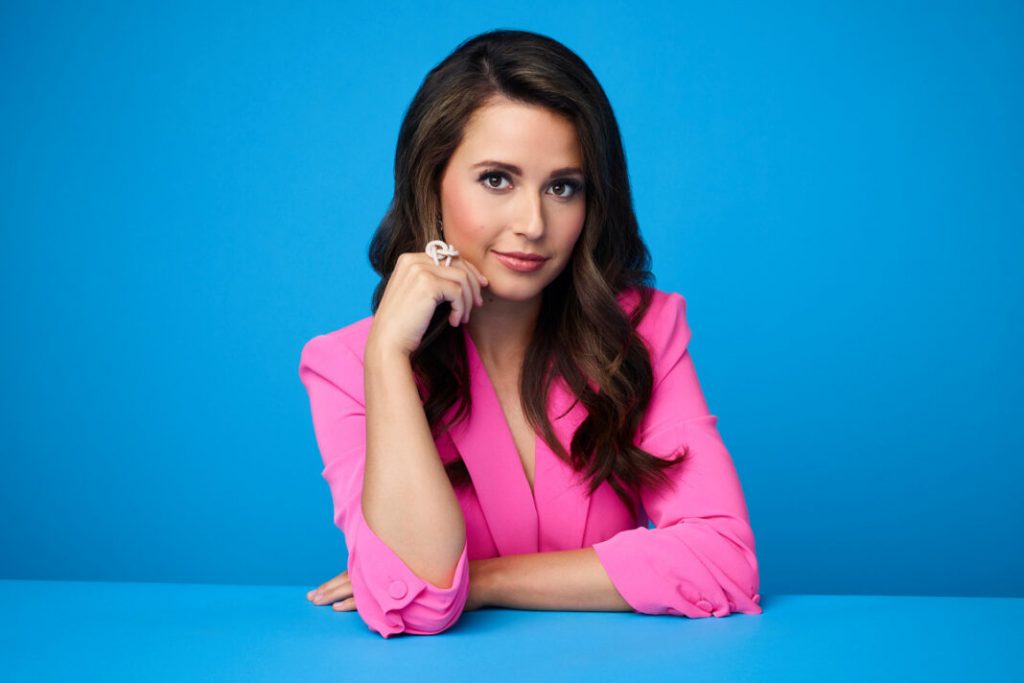 Viewers are told to, “get ready for a bachelorette like you’ve never seen before,” because none of the other bachelorette contestants have enjoyed sex, obviously.

Katie tells the viewers that she is ready to find love and start a family. Her parents divorced when she was a baby, so she did not grow up seeing a loving family. 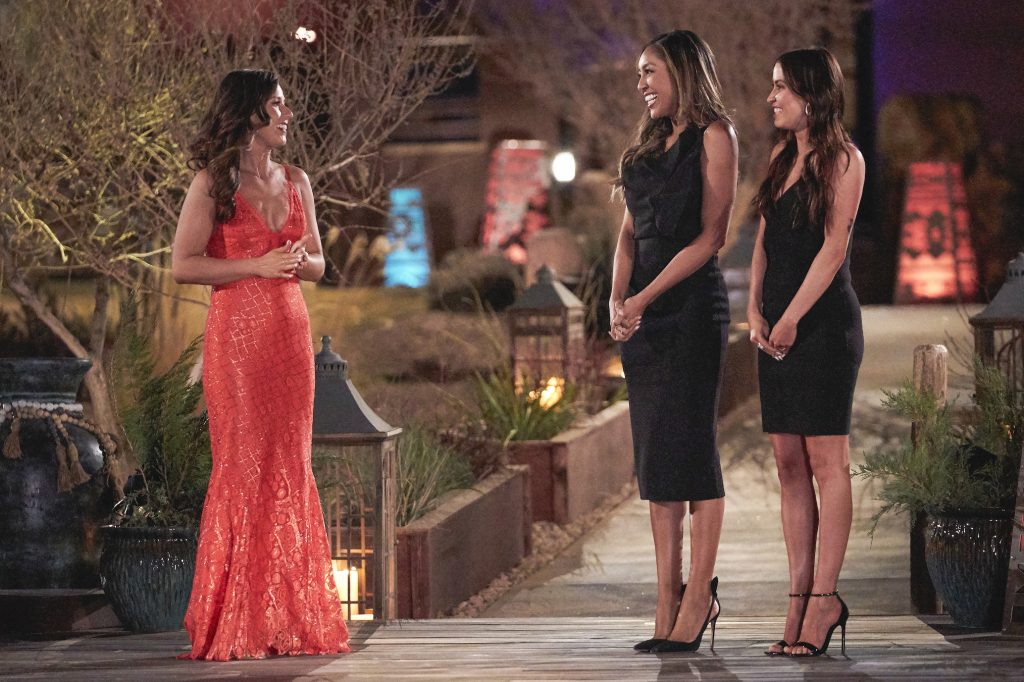 The limo entrances were fun because Tayshia and Kaitlyn peered out of the window watching Katie’s reaction. Chris Harrison never cared.

Some of the most memorable limo entrances included one from the zipper salesman and his blowup doll. Cody, 27, brought out his “companion” a sex doll. So many of the men are having fun and playing off of the sex joke.

Connor B., 29, came to meet Katie in a cat suit. He’s is super cute, and he and Katie seemed to be enjoying each other’s company.

Greg, 27, is from New York. His family is growing and he wants to have a big family for nieces and nephews. When Greg got out of the limo he was choked up. As he walked away, Katie says that Greg looks like her ex boyfriend. OMG is that good or bad?

Katie got excited when she saw a truck pull up, but no one got out. Trae, 26, pulled up and was hiding in the back in a ball pit! Trae looks like a really fun guy who is full of energy and easy to talk to. I like him. He is ready to have a ball with Katie.

Andrew S., 26, tried to impress Katie by attempting a fake British accent. He pulled up in an old 1920s car. He definitely made an impression. He plays pro football in Austria, and he is really cute.

Another standout was Jeff, 31, who pulled up in an RV that he actually lives in and drove all the way from Jersey. Katie was NOT into the RV. She described it as “lived in,” yikes.

Then, there was the guy in the box James, 30, who is a software salesman from La Jolla. He was rolled up in a giant wooden giftbox and Katie has to find him inside. How long is this guy going to stay in the box? Katie ends up actually liking him. 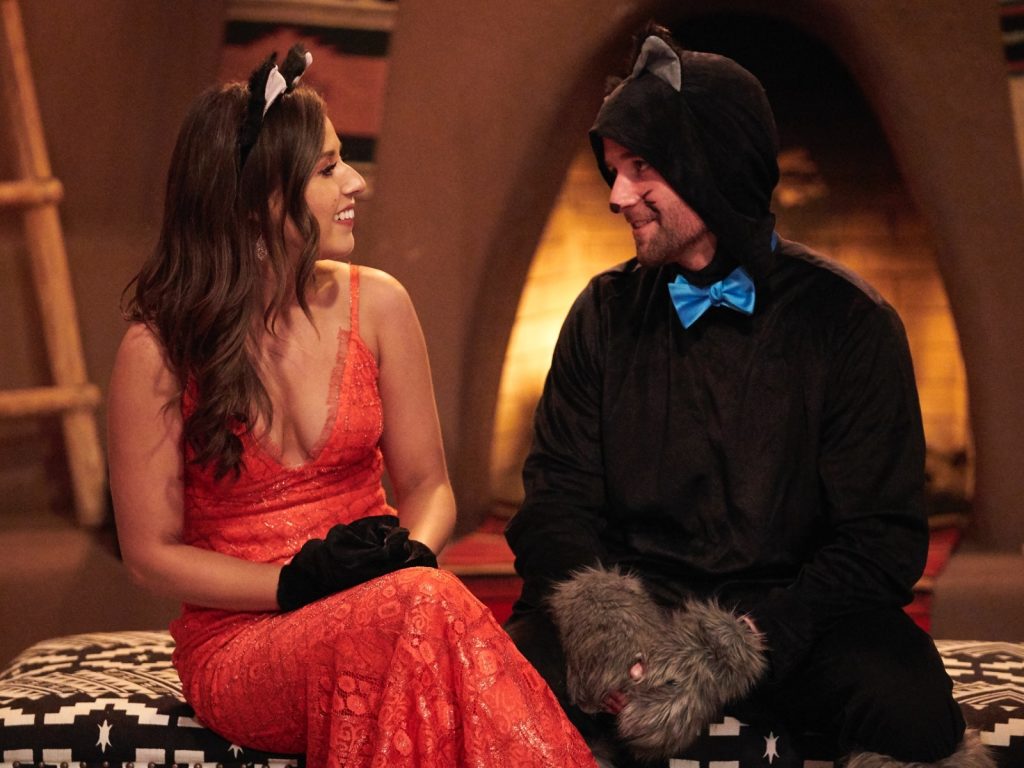 Cat suit guy, Connor B., is a musician from Nashville. He is an 8th grade teacher, but also a musician. I don’t know if we can trust musicians on this show, but he likes kids, so maybe he will be sweet. Connor and Katie make out, and I thought he was going to get the first impression rose. He will definitely be here a while.

Mike, the 31 year old virgin is actually kind of hot. He looks like he knows he’s hot and was a minor league baseball player. He has been saving himself for marriage. It appears as though he goes pretty far on the show, so it will definitely be interesting to see how things play out.

Aaron, 26, is an A-Rod lookalike gets angry for no reason. He and Cody had some words, but the reason behind their fight is not shown.

Michael, 36, is one of my favorites so far. He has a 4 year old son that he left behind for the show, but Michael gets to FaceTime with him every day. He also has a dog named Tommy, which is the name of Katie’s cat. Their connection seemed very genuine! 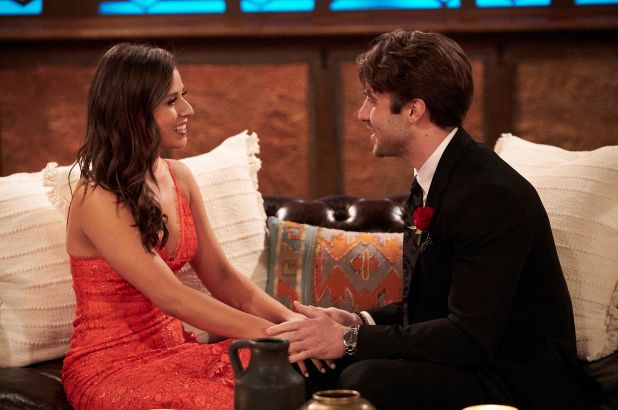 Greg got the first impression rose. He has been shy the whole time, and Katie enjoyed his vulnerability. I’m on the fence about Greg. I feel like he could be playing all of us with this shy act. If he’s not though, LOVE him.

Katie thanks the men for being themselves and vulnerable. She then reminds the men that this ends in a proposal, and she hopes that they are taking this journey very seriously.

Trae gets the very first rose. He is such a great guy, I am afraid he might have more of a friend vibe though. Naturally, box guy James and cat guy Connor get roses.

We will continue with Mike P’s virgin chronicles. The last rose went to Cody. Now, 23 men are left to fight for Katie’s love.

Who was your favorite contestant? Drop a comment below and let us know!

Be sure to check out our latest article Lorde Has Returned After A 4 Year Hiatus Hinting at New Music!