TikTok has been talking about the beef between Trisha Paytas and Charli D’Amelio, the most followed person on TikTok. Trisha Paytas is a controversial internet persona and  YouTuber. People are either huge Trisha stans or not a fan at all. This time she has come back on the social scene with a feud between her and two of TikToks most popular personalities!

Everything You Need to Know About the Feud

The recent feud began when Trisha called out the D’Amelio sisters after they posted a YouTube video, “Our First Mystery Guest: Dinner With the D’Amelio’s.” During this dinner, Dixie started to throw up because she did not like what the chef made for her, and Charli asked if they had any Dino Nuggets. A lot of people were upset with the TikTok stars because they came off as ungrateful and disrespectful to their chef.

Paytas posted another TikTok video, in which she said she was worried about Charli and her sister, Dixie D’Amelio. “Is someone holding them against their will to be doing this stuff?” she asked, referring to an interview the sisters did. She previously accused Charli of being “boring” during an October episode of her “Frenemies” podcast.

In a TikTok, Trisha said that the teens were being “really disrespectful and spitting out the food.” She stated that they should be called out for this behavior and aren’t immune to criticism just because they have a big following. Trisha’s initial video wasn’t that bad, and there were others who shared the same sentiment. 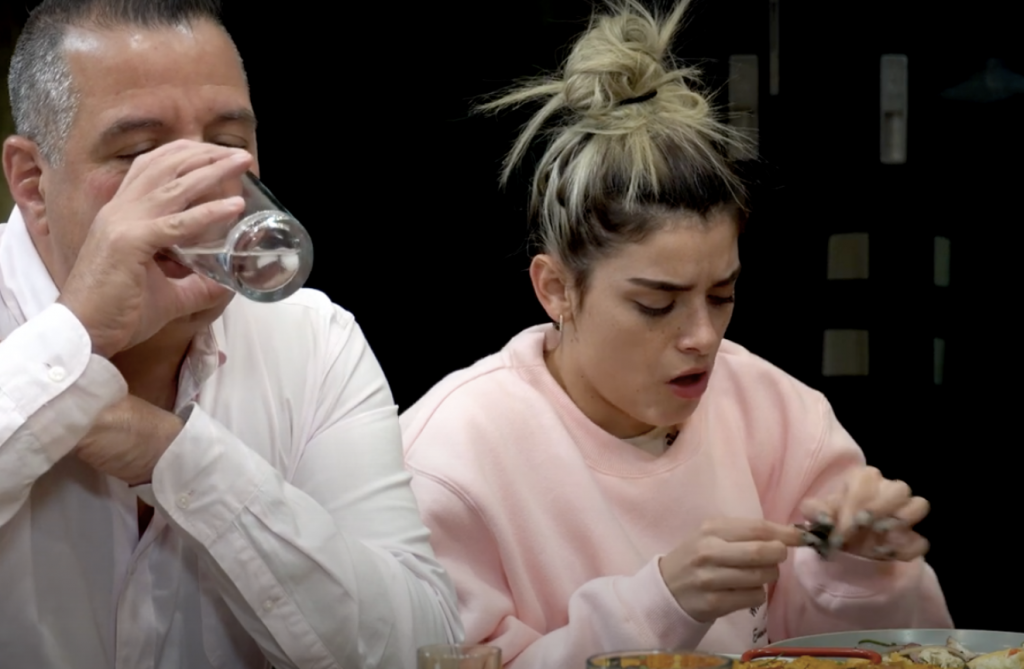 Dixie answered in another TikTok, saying that they had been working with the chef for years. He knew that Dixie throws up easily, and gave her a snail on purpose to get this reaction. The chef has even come out to defend the D’Amelios.

In the YouTube video, Charli also made a joke about wanting to reach 100 million followers on the anniversary of her hitting 1 million. James Charles jokingly asked, “95 million wasn’t enough?” Due to this comment the internet proceeded to come for Charli. She received death threats and lost many followers over the comment.

Many TikTok stars have come to Charli’s defense. Most notably James Charles. Others have also defended the two, saying that they also had questionable behavior at the age of 16.

Paytas apologized for hurting Charli’s feelings, but eventually took it back. She believes that it was fair game for anyone to criticize “the most-followed person on social media.”

this charli situation is NOT sitting right with me... 100M followers in one year & y'all expect her to know how to be a perfect role model? death threats because she's a picky eater & made a joke about a milestone? 30+ year olds dragging someone half their age? feels familiar 😐

Unfortunately, the feud had continued and escalated to new heights. Dixie danced to a sound of Trisha using the N word while singing NWA’s “F**k Tha Police.” The post has since been removed after fans said that clearly dancing to a song with the N word was also insensitive. Many accused her of weaponizing racism.

Charli D’Amelio cried on an Instagram live. Charli says she’s been getting messages telling her to kill herself. She adds it’s all a misunderstanding and that she wanted to get to 100M because she had a surprise for her fans. On the livestream, Charli says “people just blatantly disrespecting the fact that I’m still a human being is not okay at all.”

Charli went on to post a tweet to support those who are struggling with their own mental health.

if anyone is struggling please do not hesitate to ask for help! you matter! 💕 https://t.co/R9nmZ309fR

Finally, the feud seemingly came to an end when James Charles posted a final TikTok about the situation. Trisha insinuated that there is an inappropriate relationship between James and Charli. She called it predatory and weird for a 21 year old to be friends with a 16 year old.

In his TikTok, James says, “to insinuate that the friendship between Charli and I is anything other than just a friendship is absolutely disgusting.” He said that he is friends with the whole family, and he has a lot in common with Charli because they both came into the spotlight at a young age. He concluded by saying to Trisha, “you are the problem.”

We aren’t sure if this will truly be the end of the beef, but for now, it’s a lot to digest!

What do you think about this ongoing feud? Drop a comment below and let us know!

Be sure to check out our latest article on where to get the links from the looks you love on TikTok!