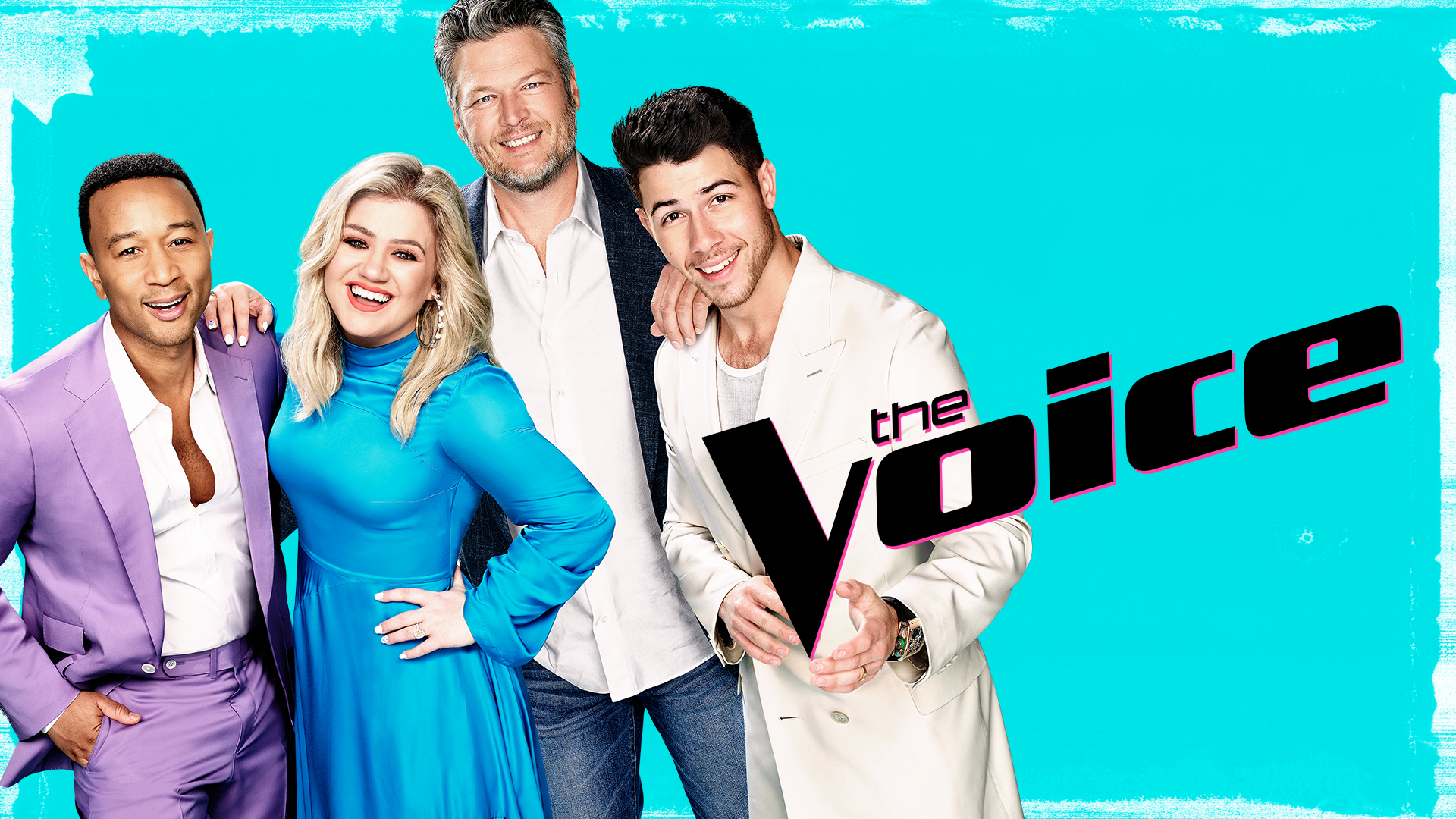 Welcome everyone! Everyone might know about a show called The Voice? Well, Entertainment Scoop is here to give a recap and insights into season 18 of The Voice.

Let’s start with the judges! This year’s judges are Country music singer Blake Shelton, singer song-writer John Legend, Jonas Brothers band member Nick Jonas, and American Idol season 1 winner Kelly Clarkson. Nick is the newest coach in this season and everyone is taking advantage of it by constantly throwing curveballs at him.

As we all know, the blind auditions are the first part of the series with each coach being able to have 10 in total in each team. The first singer of the night was Todd (41) from Mississippi singing “We’ve got Tonight.” It immediately turned into a four chair turn! Giving some background after his performance he stated how he was a pastor and also has EIGHT children, Two are adopted, but still. He ends up picking Blake as his coach. The next contestant is Nelson (27) from Anaheim, CA. He sings “Pride & Joy.” He is a full-time musician and actually even sang with Stevie Wonder once! John immediately blocks Nick, so he’s out for the count for this one. When faced to decide who will become his coach, Nelson picks John-”TEAM LEGEND.” Next singer is Tate (16) from Salt Lake City, Utah. He sings “Perfect.” He is one of the youngest singers of the night and has Nick and Blake battle it out to be his coach. Blake threatens to send the puppy he has in his hands back to the animal shelter, while Nick gives him a freebie session. He ends up on Team Nick. Next one up is Tayler (27) Los Angeles, CA singing “Issues.” She immediately captures the coaches attention as she shows off her vocals and talent with the song and song choice. Both Nick and Kelly turn. She ends up being on Team Kelly!

Ashley (20), Middletown, NJ. is next! She doesn’t end up getting chair turns, however, they recommend her to pick a song that shows off her skills in the future. Darious (30), Chicago, Illinois sings “How Do you Sleep.” John and Kelly both turn after hearing his impressive skills. In his background, he mentions how he was adopted and is currently reconnecting with his birth mother. He ends up being on Team Legend. Next singer up is Megan (17), Douglasville, GA singing, “Remedy.” Kelly turns for her to her utter amazement! So it is Team Kelly for her. The next singer is Chrissy from Brooklyn singing, “Don’t Let me Down,” but alas, no one turned for her. Male singer Todd Michael (50), from Michigan sining, “Juke Box Hero.” He truly comes as a surprise for the coaches as they did not expect his singing due to his appearance. John and Blake go head to head, however, he ends up picking Blake this time around. Female singer Emily from Texas, sings “Love Yourself.” It was her second time auditioning for the show, unfortunately, no one turned. They suggested that she continue working on her craft. The last singer of the night is Joanna (18) from Missouri, singing “All my Loving.” She sounds like a seasoned vet according to the coaches, as it is a whopping four chair turn. She seems a shoo in for Team Legend, until Nick decides to fight for her. So team Nick it is. In the end of this episode, all the coaches have two in their team.

Let’s start with two of the Blind Auditions truly amazes the coaches! We’ll get to those in a bit. The coaches have a bit of fun and poke at Nick. It is the rite of passage as a new coach.

The first singer up is Arei (28) from Boston, Mass. singing Kelly’s song “Miss Independent.” Arei is a powerhouse and brings her a game as she amazes both Nick and Kelly, however, Kelly is blocked by Nick. So team Nick it is. Now for one of the surprises of the night, singer Levi (14) from Alabama, singing, “Hey, Soul Sister.” He sounds like a 20-year vocalist but he is only 14 years old! The coaches are in shock once they see him. Blake was the only one that turned around and is proud to get a one up than the other coaches. Cassidy (23) from Florida, singing “Gold Dust Woman,” is next. Sadly, no chair turns for her. One memorable moment is when she shared that she had NickJlover as her email address to the coaches. Zach (25) from Kentucky sings, “Weak.” Zach was raised on a farm, but did not let that stop him from following his dream. John calls his performance “flawlessly executed,” while Kelly says it was, “impressive.” John wins this one though! Might be because of “impressive” his vocabulary?

Chelle (18)  is next! She is from Indiana singing, “idontwannabeyouanymore.” Blake, Nick and Kelly fight for this round. She ends up going on Team Kelly! She also collects rocks, and gave each coach one. Last singer and also second shocking moment of the night, Toneisha, (44) from Georgia, sings, “I Want to Know What Love Is.” She is a gospel singer who was originally supposed to audition for The Voice 8 years ago. Unfortunately, her son was diagnosed with Leukemia. Luckily her son is alive and well, but it was for an emotional audition! It was also a 4 chair turn! She ends up being in Team Blake!

The standings after episode 2:

Second week of the Blind Auditions! The funniest thing that happened that night was when all the coaches sang “Happy Birthday”  to one of the artist’s but forgot their name! Uh not a great impression.

Let’s get into tonight’s auditions! First singer is Allegra,(16)  from West Palm Beach, singing “Use Somebody.” She commands the room as she does her own take of the song. The coaches are impressed, John mentioning a few control issues, and Kelly comparing her to season 14 winner Brynn Cartelli. This season Nick and Kelly have been going head-to-head quite a lot. They both mention it be due to them liking similar artists. Allegra ends up on Team Nick. CamWess (21) is next up. He is from South Carolina singing, “Earned It.” He juggled being a full-time student and musician. John and Blake battle it out, and John gets CamWess on his team. Next singer is Joei Fulco (22), Lancaster, CA, singing “Gypsies, Tramps, & Thieves.” She comes from a family of musicians, and both Nick and Blake turn for her. However, Blake uses his block on Nick, making Blake the default coach. Well, Nick is surely being blocked quite A LOT. Female singer Sara Collins, (18), Tennessee, is next, singing, “Johnny & June.” Once again, Nick and Kelly go head to head. Nick brings up his country background credentials naming Thomas Rhett, Shania Twain, etc. but ends up picking Kelly as her coach. Classical cellist Clerida (30), Long Island, NY is up, singing, “Put Your Records On.” She makes an amazing performance, however, no chairs turn for her.

Samantha Howell (19), Virginia Beach, is next up, singing, “Take it On the Run.” She has a great country voice, and Kelly knows it too. Both Blake and Kelly turn for her, however Blake is blocked. Kelly is the last coach to use it and does not go to waste as she goes to Team Kelly. Jamal (26) from San Francisco, CA, singing “Be Alright,” is next. Given some background, Jamal is helping his autistic brothers and his mother who had a brain hemorrhage. Luckily, the efforts were worth it as Blake turned, making him Team Blake. Now let’s get to the last two people who did not get a chair turn. First is Ruby G, (29), Brooklyn, NY, sings “Hard Place.” She was a terrific singer, but what came down to it for the coaches might have been the song selection. The second one was Hawk M. (20), Iowa, “Lie to Me.” He sang the blues, and boy did he. They loved what he was doing, but again, song selection was the reason.

Now to the last two performances of the night. First is Army veteran Samuel (39), Fort Knox, Kentucky, sings, “Lately.” In the military, he won the Army’s Best Male Vocalist competition, and it shows. He tackles Stevie Wonders’s song, which is a challenge, but well worth it as he captures the attention of both Kelly and Nick. Nick wins this round however. Lastly, is Thunderstorm, ( yes that’s his name), (23), Hawaii, sings “Blackbird.” He is one of 11 children, and his dad taught him everything he knows. The coaches are enamored, and this was a four chair turn. John is a notorious no chair turner, turned for him, and served him well as Thunderstorm picked him as his coach.