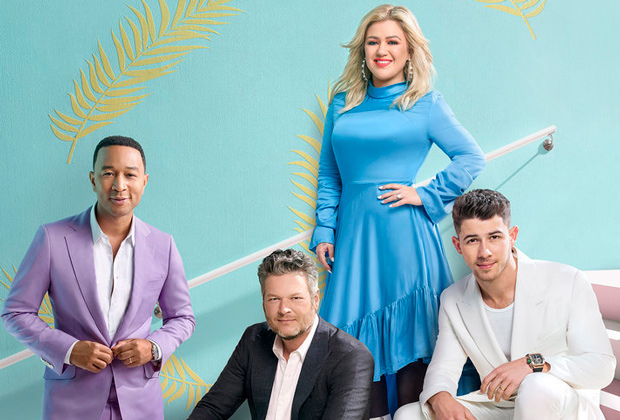 Now Blake Shelton is starting to be known as the King of One Chairs! Not a bad thing though? With only 10 spots allotted to each coach, they are being EXTRA cautious of their pickings. 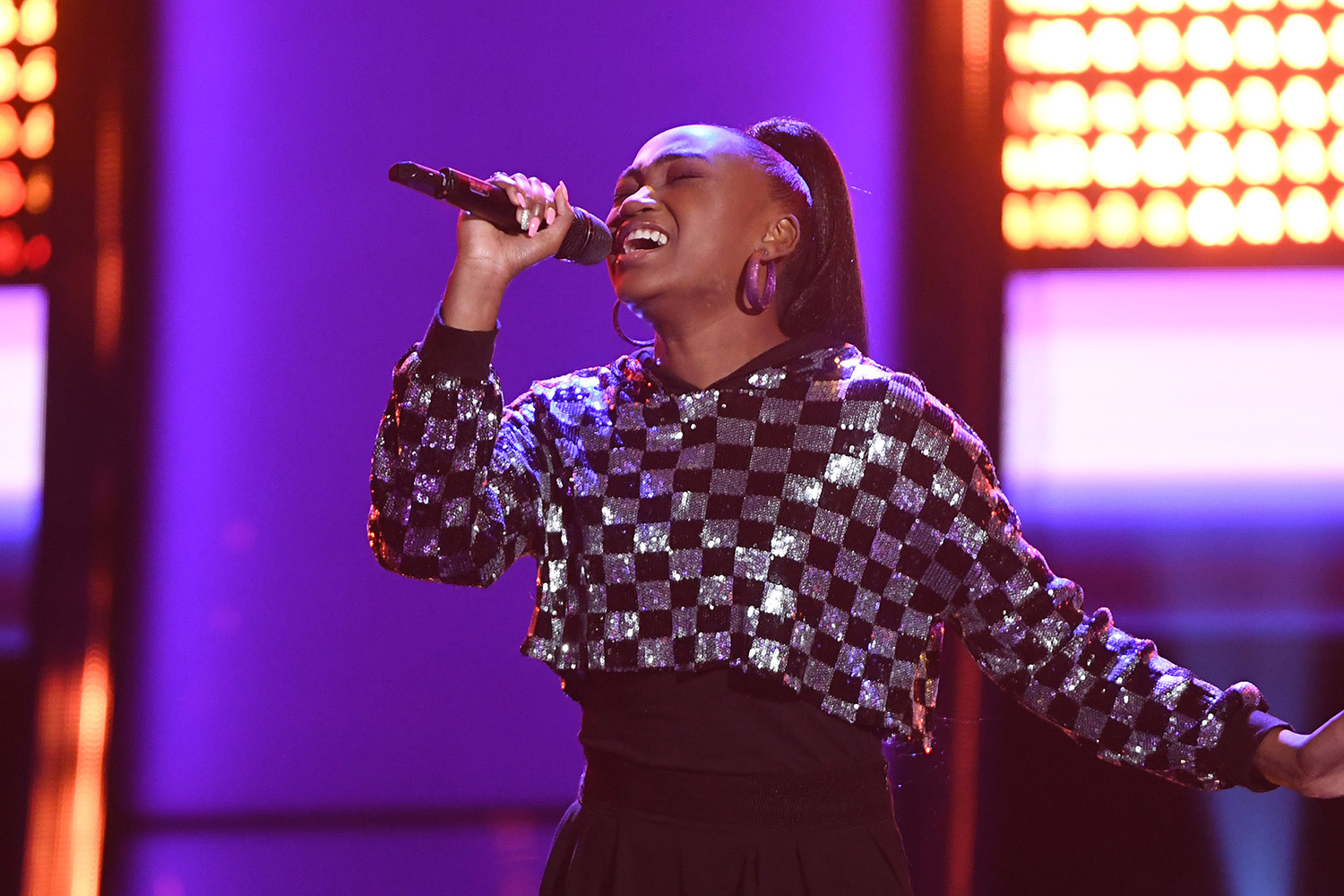 First one up is Anaya, (16), Atlanta, Georgia, singing “I’ll Never Love Again.” She has a theme song! Which is quite impressive. It clearly impressed Kelly as she turned, making her Team Kelly. Mandi Thomas (33). Tennessee, is next up, singing, “Time to Say Goodbye.” It is a real blind audition as she is an opera singer. Kelly gets this round as the other coaches don’t know how to handle such talent. Next up is Ari, (27), Calabasas, CA, sings, “The Joke.” She is obviously talented, but alas, no chair turns for her. Male singer Jacob Miller (29)  is next. He hails from Wisconsin and sings, “The Times they Are a-Changin.” He is a songwriter who plays ragtime and jazz. Kelly, Blake, and Nick all turn for him. Nick tells him that he would love to collaborate with him in the future with Jonas Brothers. He then chooses Nick as his coach. Jon Mullins (32)  is up. He is from Tennessee, and sings, “Don’t Give up on Me.” He is a full-time musician and his wife suffered brain injuries after a fall a couple of years ago. Luckily, all that sacrifice and work led him to Team Blake.

Next one up is Jacob Daniel (27), Elk Grove, CA, singing, “Until You Come Back to Me (That’s What I’m Gonna Do.)” Jacob shows a lot of range and controlled runs, however, Blake is the only one to turn his chair. Female singer Zan F. (22), from Seattle Washington, sings, “Light On.” She lives in a RV as she tries to make a living as a musician. She’s polished and able to connect emotionally. Kelly, Nick, and John all turn for her. In the end, she goes with Team Legend. Next singer up is Chan Fuze, (23), Chicago, Illinois, sings, “Groove me.” He brings it all in his performance, however, there were no turns for him tonight. Roderick Chambers (38), from Miami, FL, is up next. He sings “Back at One.” It’s the most dynamic audition we’ve seen for the night. It is definitely Team Nick as he was the only one who turned for him tonight.

One of the younger singers of the night, Jules (15), from Arizona, sings, “Ain’t no Rest for the Wicked.” She really makes that song her own, and luckily, both Blake and Kelly turned for her. She joins Team Kelly. Jared Harper (22), from San Francisco, sings, “I Can’t get No Satisfaction.” He wanted to move forward in his musical career, however, The Voice won’t be it right now as there were no chair turns for him. The last two singers of the night is Michael Williams, (18), from Ohio who ends up on Team Nick, and Mike J. (31), from Georgia who ends up on Team Legend.

The Blind Auditions are coming to a close as the coaches start to fill their teams up! We start off with the coaches performance of the song “Jealous.” This performance was amazing and what a great way to start the night. Now to the people who claim the final spots!

Micah Iverson (25), starts off the night singing, “All I want.” He hails from Atlanta Georgia and is proud to be so. Kelly turns so quickly for this guy as she has an all female team at the moment. Kelly, Blake and Nick battle it out. It is Team Kelly in the end! Female singer Brittney Allen, (28), from Columbus, GA, is next, singing, “Dancing on my Own.” Brittany has music in her blood as she was taught by her father. Nick and John both turn. Nick is being well known for his notebook and taking notes, as Brittney picks John as her coach. He writes down what John said, which was, “contours of [her] voice.” That notebook sure is handy. After a no chair turn, Cam S. (29), from Alabama is next. He sings, “Wave on a Wave.” He’s very country, but also can do the low tunes. Kelly and Blake battle it, but alas, he picks Blake as his coach.

Anders D. from Canada  is next up, singing, “Can’t Help Fall in Love.” Nick is the only one to turn his chair. So, team Nick it is. Mandi Castillo (23) from San Antonio  is next, singing, “Asi Fue.” She slaughters this audition and ends up with a four chair turn. Alas, she can only pick one coach, and she goes with Team Legend. Kailey Abel, (19), from Oklahoma, sings, “Forever Young.” She has a grit and a growl and commands the room. She ends up on Blake’s team, making his team full. After a no chair turn, we go to our next contestant. She is Gigi Hess, (22), from Lovington, N.M., singing, “Love Song.” She has a powerful, and Kelly agrees too. Luckily she is Team Kelly, taking the final spot!

We are down to the final two performances of the blind auditions! First is Kevin F. (33), Arlington Heights, sings, “Home.” He gives off a Jason Mraz vibe. All the coaches are impressed as well. Nick gives a little coaching session and with that, Kevin picks him as his coach. Team Nick is full! That leaves John with the last spot. That spot goes to Cedric (28), San Diego, CA, singing, “Fever.” It was meant to be as everyone was amazed by her performance. With that, the blind auditions are over!