Our host Kelly Gilmore sat down with the immensely talented Jennifer Cheon Garcia of the hit SYFY series, “Van Helsing.” As the final season of the show approaches, the actress discussed season five, what this role means to her, and what she has planned after “Van Helsing.” 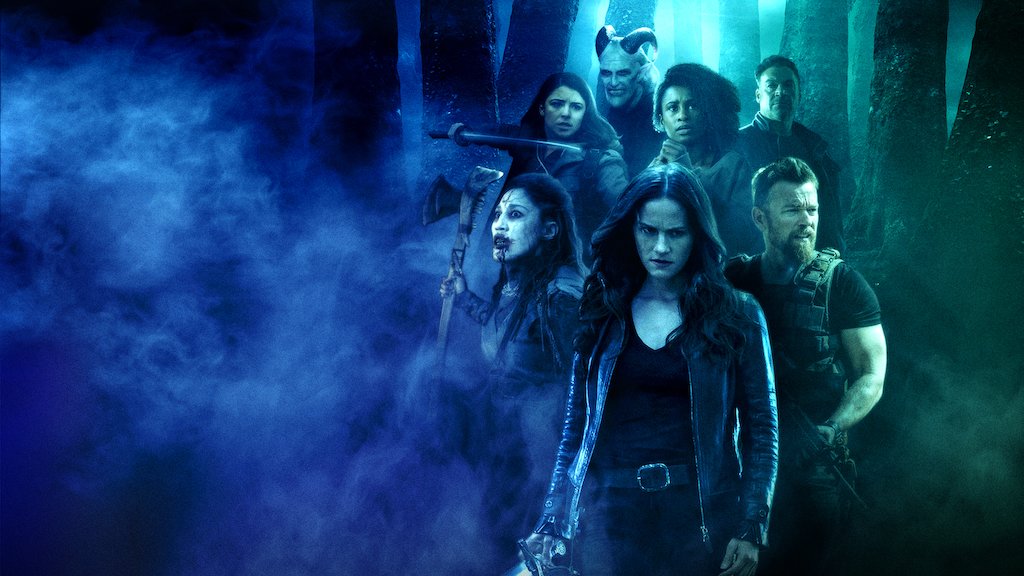 As fans everywhere are gearing up for the fifth and final season, our host and Jennifer discussed just how hard it is to say goodbye to the role that “changed her life.”

Jennifer plays Ivory, a vampire/human hybrid who is definitely one of the most dynamic characters on the show. When it comes to letting go of Ivory, Jennifer describes it as “a mixed bag of emotions.”

“I’m so excited that fans finally get to see it, all of our collaborations have gone together and now it’s done,” she said. “I mean I’m a little sad to say goodbye to her, she really did change my life a lot. I learned so much from that experience so it’s bitter sweet, it really is bitter sweet.”

Jennifer also gave a little teaser for what to expect in the final season! The actress told Kelly that fans can anticipate everything that made them start watching the show including blood, guts and glory. The final season also has origin stories and characters returning to keep fans entertained.

“This is the last hurrah so we really went ‘go big or go home’ and we did not go home, we went big!” 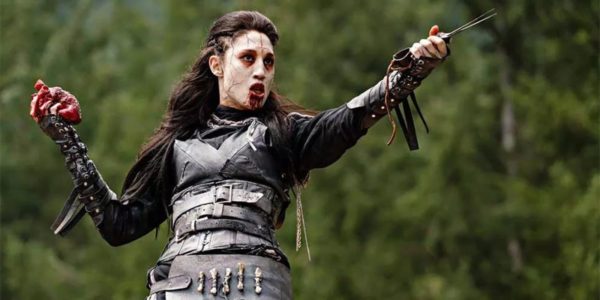 Jennifer and Kelly discussed a couple characters on “Van Helsing” including her character, Ivory.

The actress explained that she does have some similarities with her character and sees her as a symbol of womanhood, especially after (spoiler alert) Ivory became a human last season.

“You grow up as a woman in this world and society tells you what you’re supposed to be and how you’re supposed to act, and there’s all these rules and regulations. And then you grow up as a woman… and realize ‘Wait a minute, I don’t agree with that’ ‘I don’t think I’m that.’ ‘Actually, I don’t like wearing that,’” she said. “That’s where I related to her character. She opens her eyes one day, and has memories of someone she used to be—that she didn’t like being but had to be that. And now she has the opportunity to take her life back.”

Jennifer explains that this character development is what made this final season even more special. In season five, Ivory is taking charge of her own life, an analogy of what women go through every day.

Although Jennifer loves playing Ivory, the actress said if she had to play any other character she would pick Axel, played by Jonathan Scarfe, because he is “bad ass.”

“Jonathan Scarfe is so good, we’ll be in the scene and then all of a sudden the Jennifer part of my brain that’s still working is like ‘Oh my god that was so nice – oh right line?’ she joked. 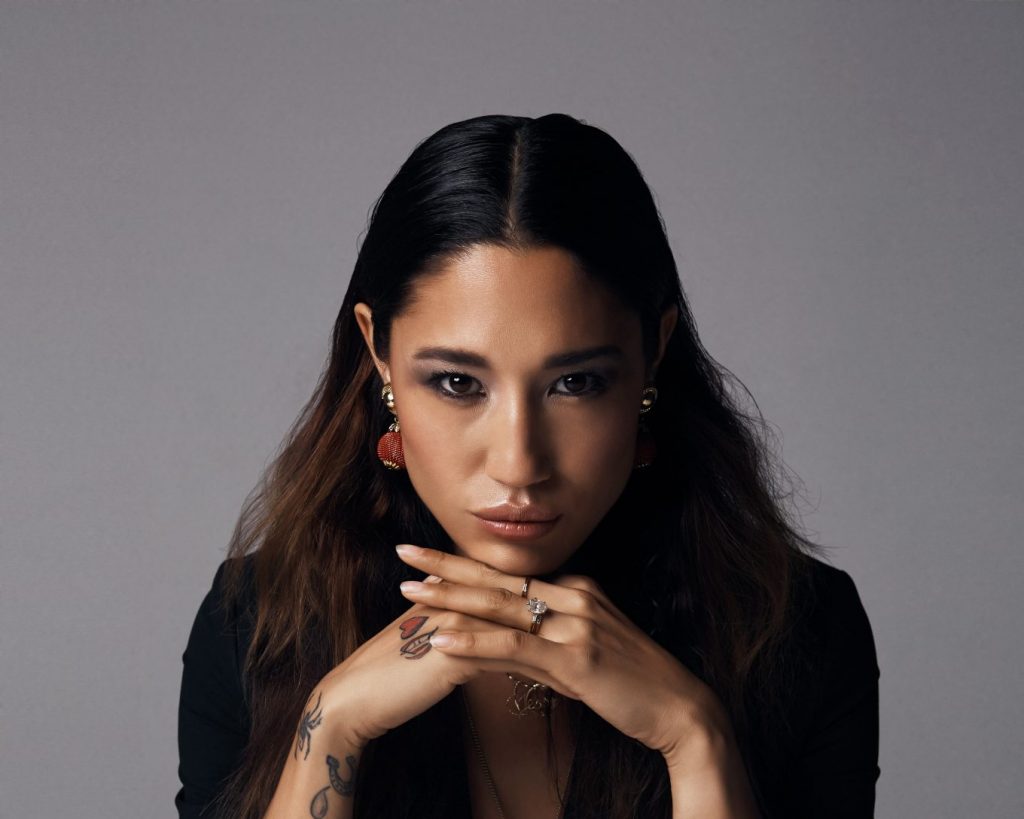 Past Projects and Future Goals

Not only do fans get to see Jennifer nail it as Ivory on “Van Helsing,” the actress has also been in other projects including “The A Team” and “Supergirl.”

Of all her past projects, the actress told Kelly working on “Midnight” in 2018 was her favorite because she got to work alongside her husband.

“We never thought that we would ever get the chance to do [that]. So that was so much fun to be able to spend some time to see him in his element,” she said. “That has to be [it], if I had to had to choose just because there was an extra little added sentimental touch.”

As Jennifer looks towards her future in acting, she wants to take on gender-bending roles. The actress explained that she wants to be the first female Joker or Zorro. Jennifer explained that she’s always felt comfortable in Sci-fi roles but as the industry calls for more diversity, she hopes to see roles reversed on the big screen 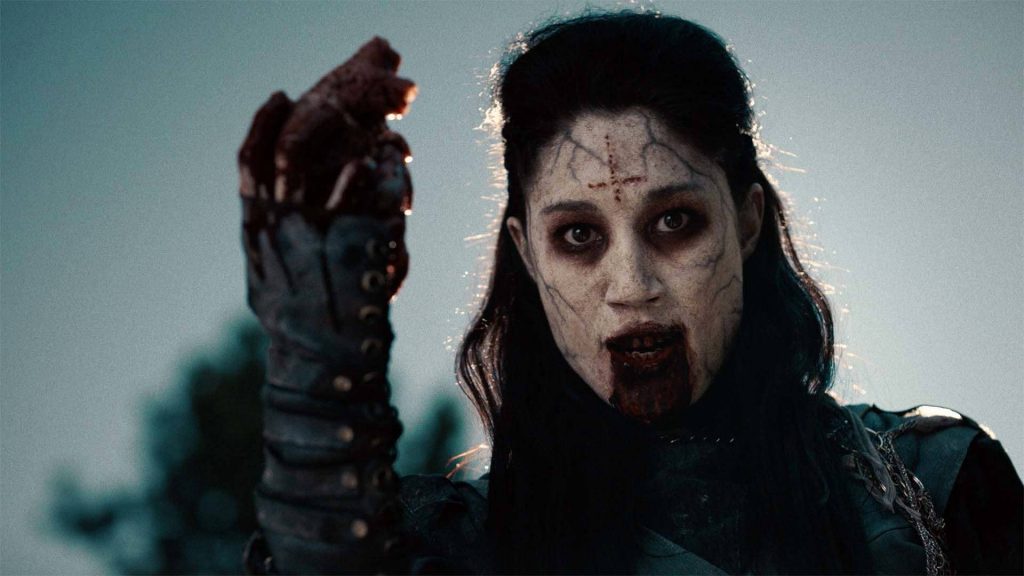 Jennifer is no stranger to playing a “badass” on screen, but the actress revealed she is just as strong and cool off camera!

The actress is an accomplished martial artist with her first degree in black belt taekwondo and is currently working on her second degree. She credits this passion to time spent with her dad.

“I started training with my dad when I was really young,” she explained. “We kind of had a very different relationship. We didn’t do the normal father daughter stuff. He was like ‘You need to know how to fight.’”

Horseback riding is another hobby she says her dad got her interested in, joking that knowing how to ride a horse was a pre-requisite to hanging out with him.

Jennifer says the idea of being a strong woman was instilled into her and her siblings at a young age, and that’s exactly what she wanted to be. She also is inspired by the stunt women she meets at work every day who she calls “incredible” and “game for anything.”

“Getting to know that kind of mind set of a woman was a whole other world to me,” she said.

Jennifer gave a special shout-out to her stunt double Tammy who pushed her to get her belt. 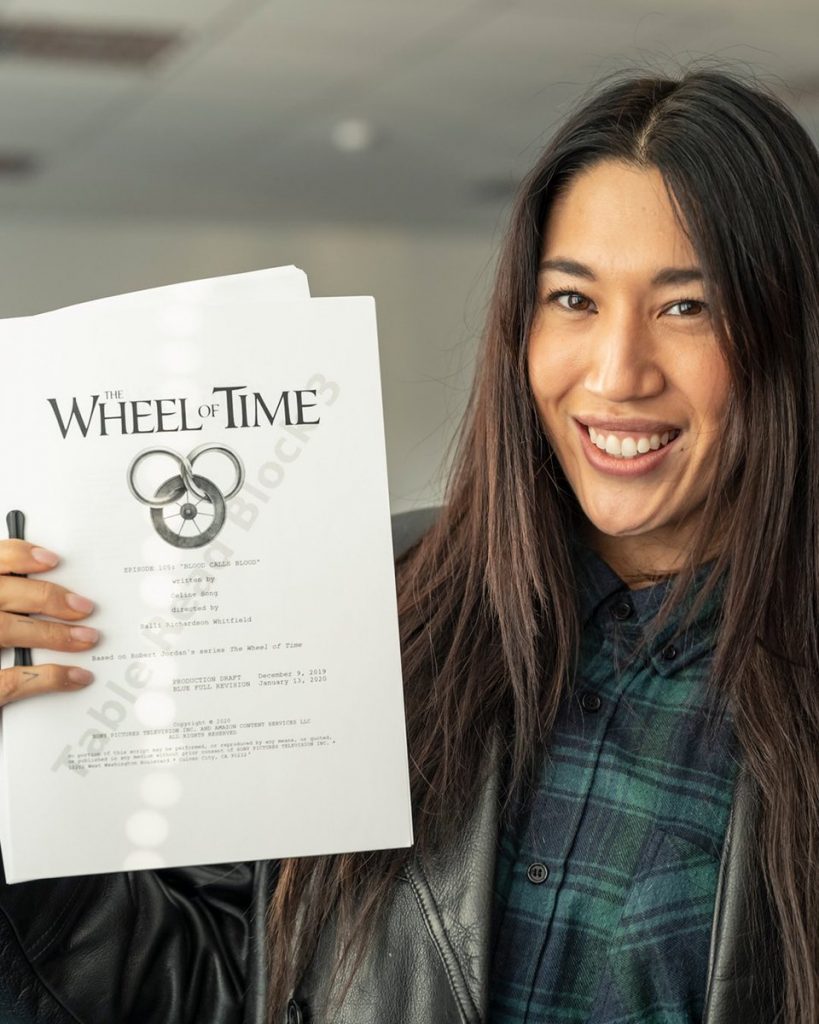 Aside from doing taekwondo on the side, Jennifer has some upcoming projects she shared a little bit about. She recently joined the cast of “Wheel of Time,” a show that was halted due to the pandemic.

“I do have a project coming up, it was really awesome that I got to join the cast of a show called “Wheel of Time” on Amazon,” she said. “Hopefully we can get started on that. Because of covid things have been pushed but that’s definitely in the works.”

Jennifer is also going beyond acting and dipping her toe into the writing world.

“I’ve actually started developing a script with a friend and kind of putting my writing hat on which is sort of new to me, being on that side of things, “said Jennifer. “So hopefully that’ll come out some point, fingers crossed!”

You can catch Jennifer Cheon Garcia in the final season of SYFY’s “Van Helsing” as Ivory, on Friday, April 16 at 10/9c.

Be sure to check out our previous EntScoop Chat with “Selling Sunset” star Mary Fitzgerald!