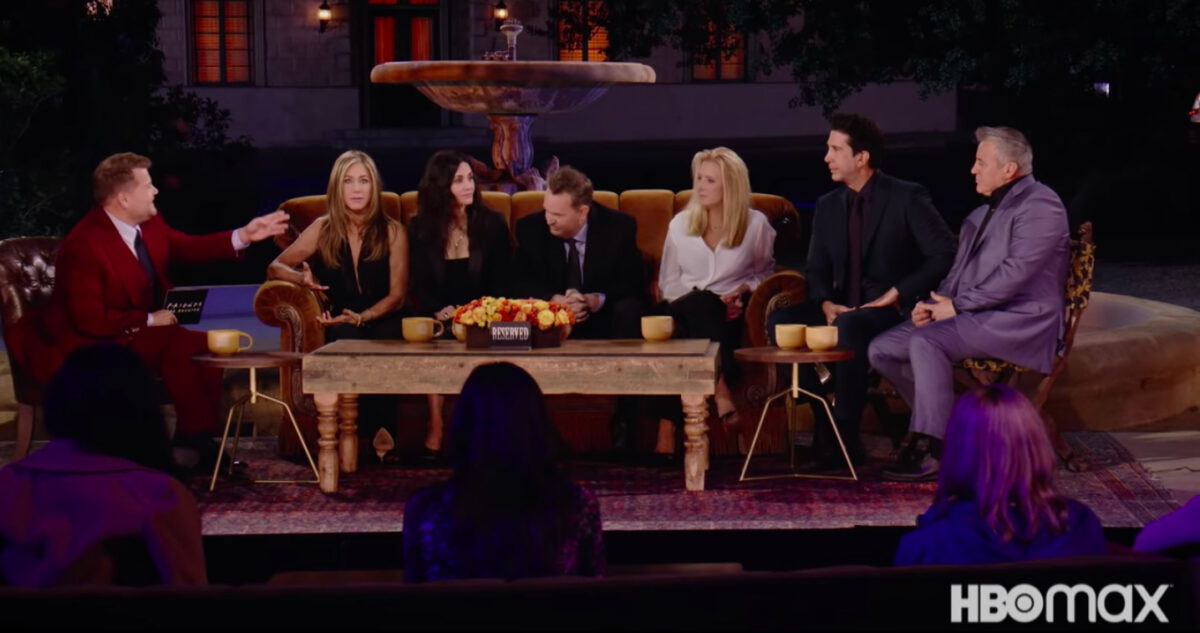 26 May What to Expect From the HBO Max ‘Friends’ Reunion

Now, the reunion, “The One Where They Get Back Together,” will start streaming on HBO Max on Thursday, May 27.

The reunion episode was confirmed by the cast back in February 2020. Originally, the special was supposed to air on the sitcom’s 25th anniversary. However, the pandemic had put production on a big hold.

When HBO Max released the highly anticipated trailer for the unscripted reunion, it’s safe to say they broke the internet.

The two-minute trailer shows the cast-mates getting back together on the original set they worked on for 10 years.

In the video, you see the cast sit down with special guest and TV host James Corden, for an in depth interview. The cast takes part in a trivia quiz, re-reads memorable lines from their 10 seasons and discusses candid moments of the stars’ real-life friendships. 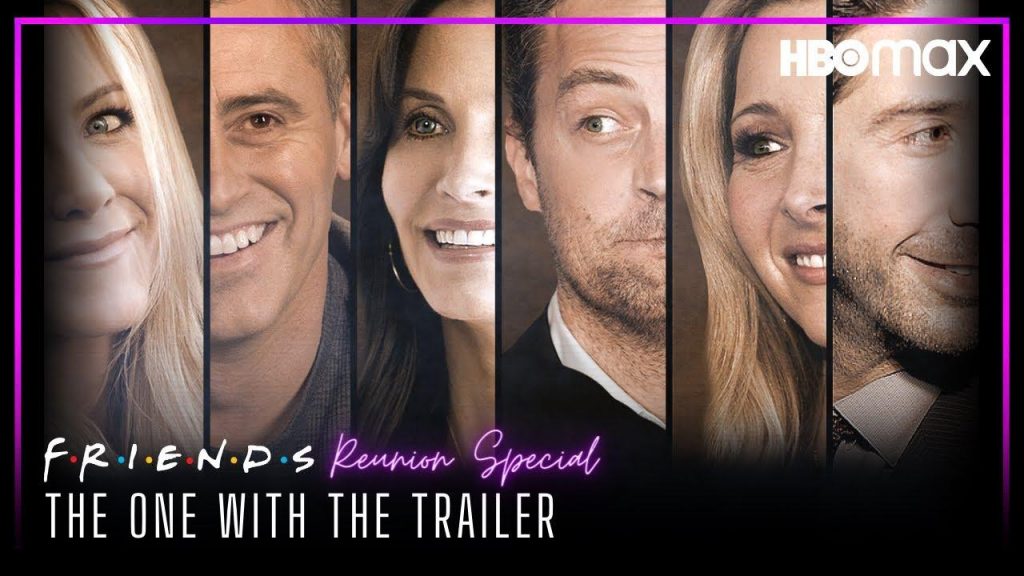 After you’ve watched the trailer, here’s what to expect from this star-studded reunion.

First off, the special is not a regular “Friends” episode. We know we will be seeing the return of the original cast, but don’t expect what you’re used to.

Instead, fans will get to see the cast revisit the set, share behind-the-scenes footage and plenty of surprises, but they will be appearing as themselves, not as their iconic characters.

According to The Hollywood Reporter, sources revealed the stars were paid between $2.5 million and $3 million each for the reunion special, which is more than double their $1 million per episode rates in the past.

Also, expect to see Hollywood’s A-listers making an appearance as well. Director Ben Winston revealed that one of the many guest stars, Lady Gaga, will be performing Phoebe’s iconic song, “Smelly Cat,” with Lisa Kudrow herself. Other guest appearances include Cara Delevingne and Justin Bieber.

We’re excited to see what else is in store!

Will you be watching “Friends: The Reunion?” Drop a comment below and let us know!

Be sure to check out our latest article on “Hocus Pocus 2” coming to Disney+.