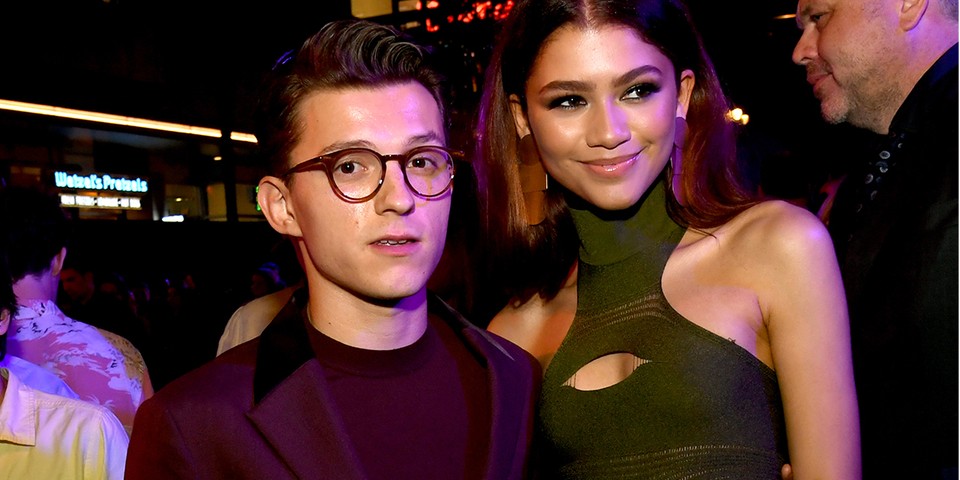 Summer love is in the air when it comes to Zendaya and her Spider-man co-star Tom Holland.

The two were seen on July 1 in Los Angeles by Page Six! 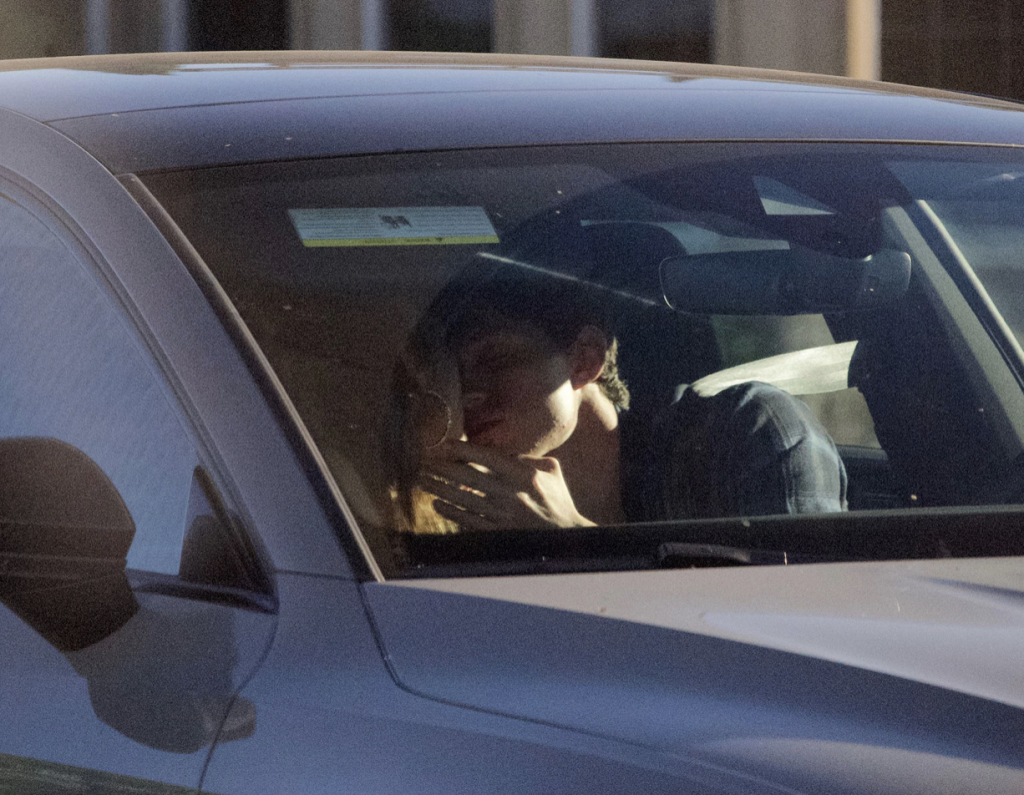 Zendaya and Holland pulled up at a red light and shared a lovely kiss that was caught on camera. The two were on a sunset drive in Tom’s $125,000 Audi sports car. Tom reached over to stroke Zendaya’s face gently. After their passionate kiss, the two began laughing. They continued their car ride by singing along to the radio.

The two were also spotted hanging out with Tom’s mom. Zendaya had on a cropped white tank top and a pair of green painter pants with converse high tops. Tom had on a white t-shirt and black shorts with a flannel. 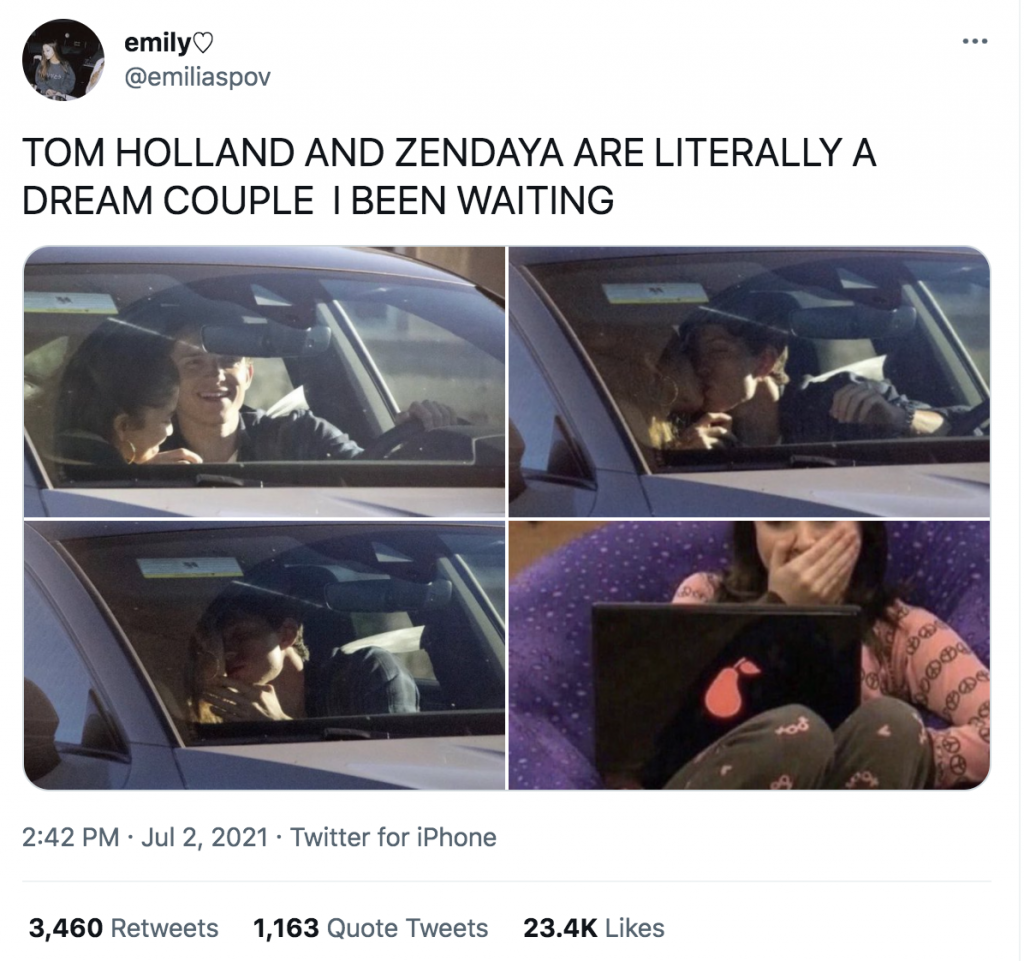 Twitter was blowing up when fans found out about their kiss.

One tweet even speculated that it was a pretend to kiss because they saw paparazzi. However, fans who have been speculating about their ongoing romantic relationship  just got more evidence of their fiery romance. 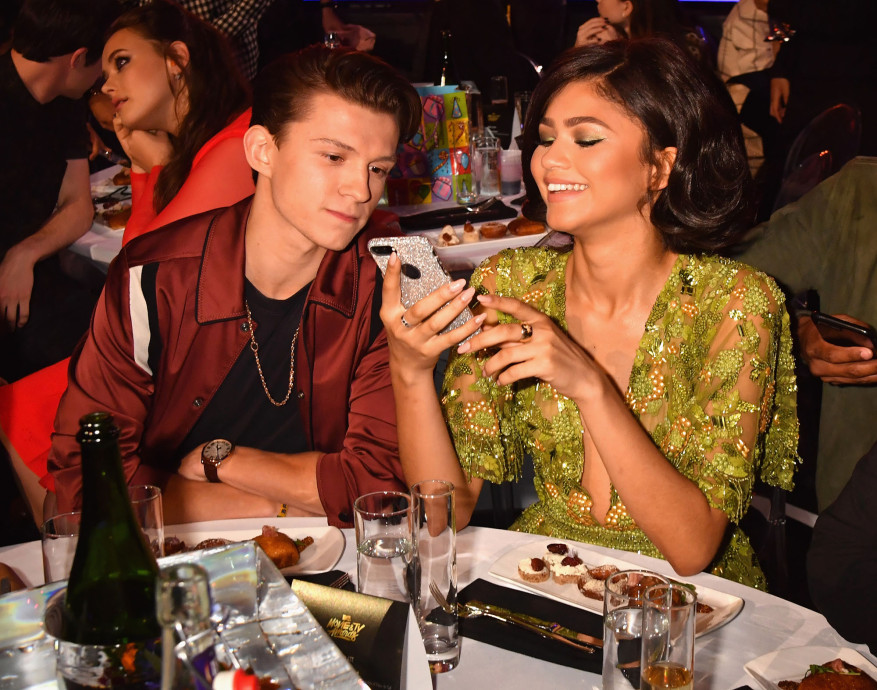 Zendaya and Tom have constantly been a subject of “are they or aren’t they?” rumors. These rumors have been coming since they starred in “Spider-man: Homecoming” in 2017.

At that time, Zendaya shut rumors down by saying to Variety, “He’s a great dude. He’s literally one of my best friends. This past how many months, we’ve had to do press tours together. There are very few people that will understand what that’s like at 20 years old.” The two also shut down rumors that they had vacationed together.

Tom Holland reaffirmed that he and Zendaya were not an items to Elle. In the interview, the “Avengers: Infinity War” star added that he is “definitely a relationship person. He stated, “I’m not the fleeting type at all; it’s not my way of life.” 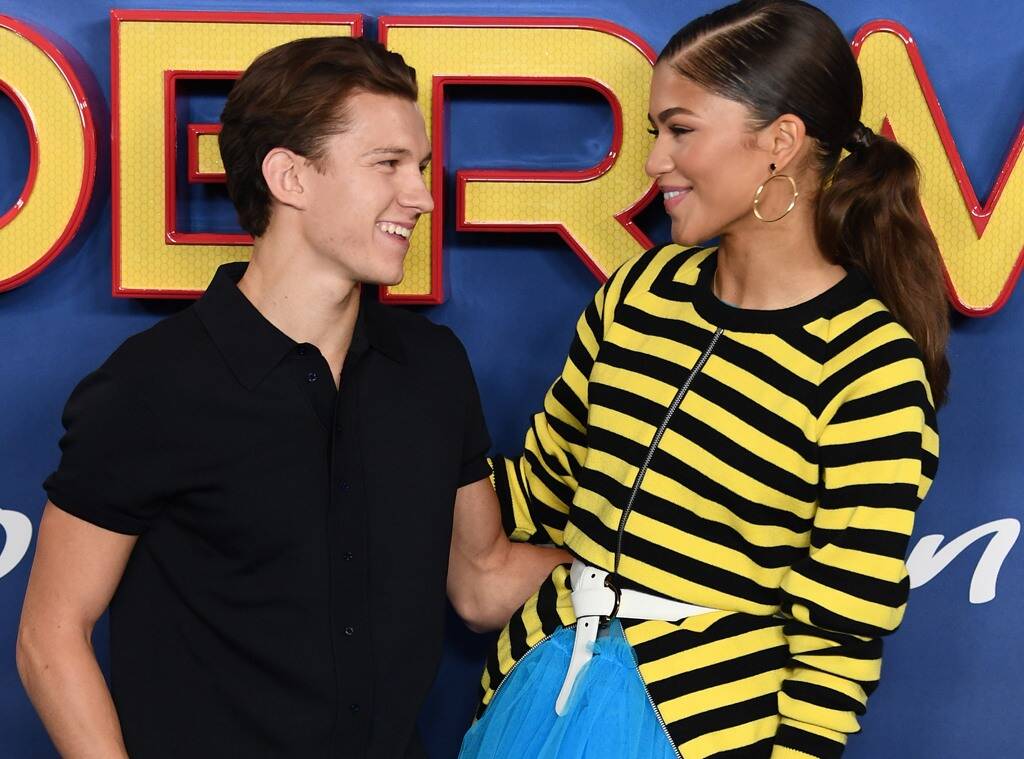 Since 2017, the two have been “hype men” for each other. They have teased each other on social media and been supportive of each other’s careers. Although they have said that there is no romance between them, these pictures could tell us otherwise.

Regardless of what is going on between the pair, it’s best just to wait and see. Who knows? The kiss might just be a kiss and nothing more.

What do you think about Zendaya and Tom Holland’s kiss? Drop a comment below and let us know!

Be sure to check out our latest article, The Best New Music This Week!